Bangtan TV dropped Jungkook's recording sketch of Left and Right for Charlie Puth. The Golden Maknae of BTS was seen performing on That That, praising Charlie and working very hard. Check out the video below: 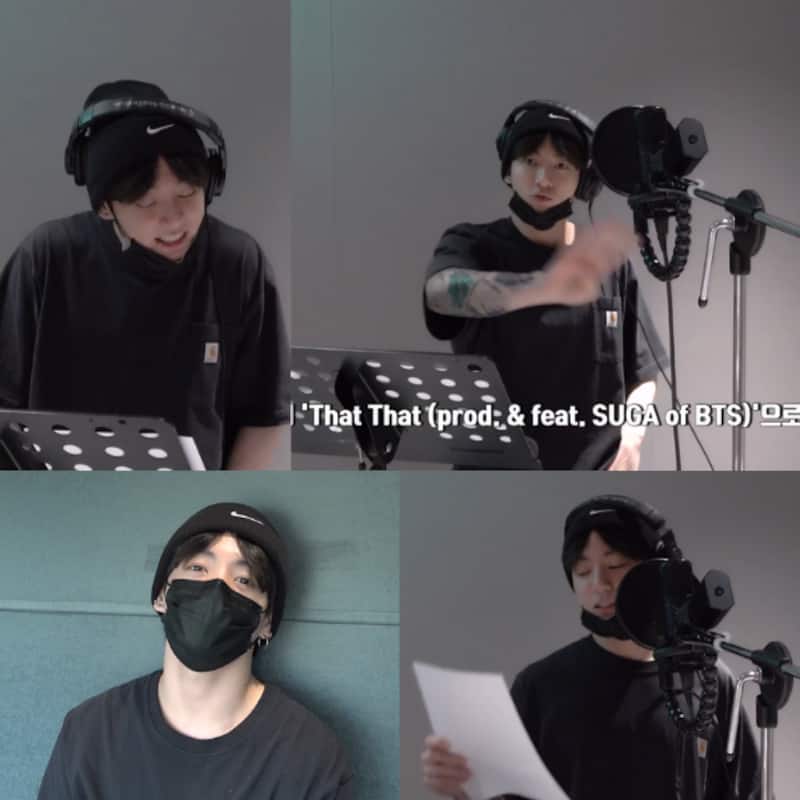 Bangtan TV dropped a behind-the-scenes video aka BTS of BTS member Jungkook's recording Charlie Puth and his latest single, Left And Right. And the new episode of Bangtan TV is full of adorable and gush-worthy. BTS' Golden Maknae is exceptionally hardworking, y'all already know, ARMY. And this behind-the-scenes video of BTS' Jungkook will reiterate the same. Let's check out the unmissable moments of Jungkook from his recording of Left and Right. Also Read - BTS: From Jungkook acing quizzes to J-Hope getting trolled and more – 5 eye-grabbing moments from the latest Run BTS episode

BTS' youngest member Jungkook is still learning English and he struggled with a couple of words and sentences. Jungkook was seen practising the pronunciation of the word 'tangled' over and over and singing the verse over and over. It just shows how much he wants it to be perfect for the ARMY and all the fans even though he is pronouncing the word properly. Also Read - BTS: THESE Run BTS behinds of Jungkook, Kim Taehyung and Bangtan Boys will increase your excitement for the episode tonight

Jungkook warming up on That That choreography

In the middle of the recording of Left and Right, Jungkook was seen warming up on PSY and Suga's That That. He did the choreo of the hookstep of That That while listening to his take. It would have been just days after That That was released and he knew the choreo already. Jungkook is a fast learner indeed. Also Read - BTS: After huge uproar, Indian online teacher apologizes for threatening behaviour towards fans of the K-Pop band; ARMY say, 'Your words are not genuine'

Jungkook rehearsing 'n' times to get it right

Jungkook works hard and never gets tired of it. He would keep on rehearsing till the time he is satisfied with the take and will keep on working even if he has given his best. BTS' Jungkook was seen rehearsing a lot, working on his diction, pronunciation and getting the feel right.

Everyone knows Jungkook is a big fan of Charlie Puth and his music. JK was seen praising Charlie for working on something different this time and approaching him for a song. He talked about how Charlie's music has inspired him and expressed gratitude for getting this opportunity.

Jungkook entertaining ARMYs with Opera version of Left and Right

In the middle of the Left and Right recording, Jungkook went into Opera mode and sang the song in that style. The video editors at Bangtan TV put a funny caption saying that it was for ARMY's entertainment.

Jungkook's struggle with 'I Can Feel You Over Here'

Like his struggle with the word tangled, Jungkook also struggled to get the feel for 'I can feel you over hear,' right. He kept rehearsing and getting the opinions of his producer. It just shows, how passionate he is about his work. Check out the video here:

Meanwhile, recently, Charlie Puth confirmed fan theories about Left and Right being a song about BL. ARMY's have been theorizing that the Left and Right of Charlie and Jungkook was about gay love for a long time. The LGBTQ community was happy that they made a song on it.