We have a desi-Justin Bieber, in the country. In case you haven't heard of him, he is a farmer who hails from Karnataka, India. He also has powerful vocals and looks like he is a huge fan of Justin Bieber. Here's the video of the Karanataka farmer singing Justin Bieber's Baby song:

India is indeed a talent mine time and again there have been people who have shocked one and all with their skills or unexplored talents. Social media is a powerful tool and often many talents are unearthed on the internet itself. The latest one being Ranu Mondal. She rose to fame with her rendition of Ek Pyaar Ka Nagma Hain. And now, social media has found another talented individual, a farmer who hails from Karnataka. This farmer has sung the song which shot Justin Bieber to fame, Baby. Also Read - Katrina Kaif in Tiger 3, Shah Rukh Khan in Raees and more Bollywood celebrities who REFUSED stunt doubles for high-octane action sequences – view pics

The video which is going viral as we speak, sees the farmer working on the field. He is approached by the guy who shot the video. The farmer is initially hesitant to sing the song but when the boy insists, he gives in. We see him prepping for the song and begins in a powerful way. We are actually shocked to see him sing the song so well. Well, he has a smartphone and he is a smart guy and given the fact that technology is at his fingertips, this had to happen. Have a look at the video here: Also Read - Bell Bottom movie review: Akshay Kumar's best since Baby and Airlift; a thriller set to go down as a Bollywood classic

Justin Bieber-Selena Gomez relationship: 20 instances that define the highs and lows of the ex-couple

Also Read - Before Bell Bottom blows us away with deshbhakti, let's revisit these 10 ICONIC dialogues from CLASSIC Bollywood patriotic movies

The video which has been shared on Youtube has been receiving a positive response in the comments. One user wrote, "Damnnn He is killin it xD." Another one wrote, "I bet he sings other songs great too. Here's hoping he can turn it into alittle $$." Other user wrote, "The real talents are mostly hidden," while one user said, "Whoa his attitude ?? guy is on fire" Now have a look at the comments here: 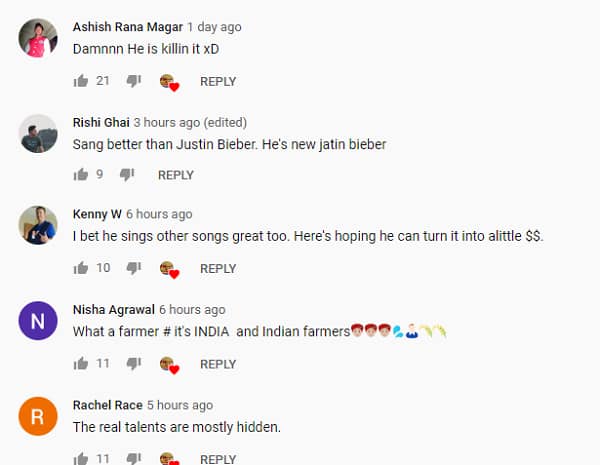 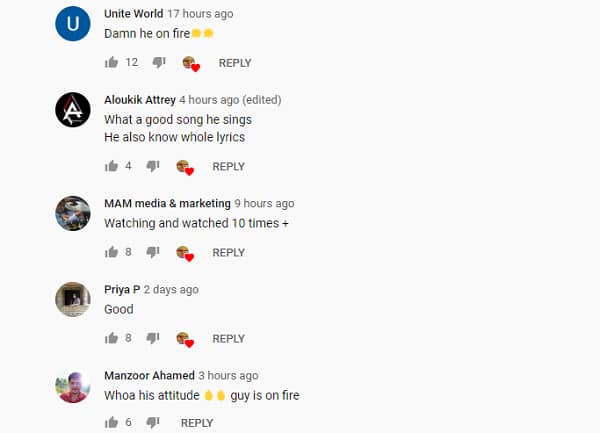 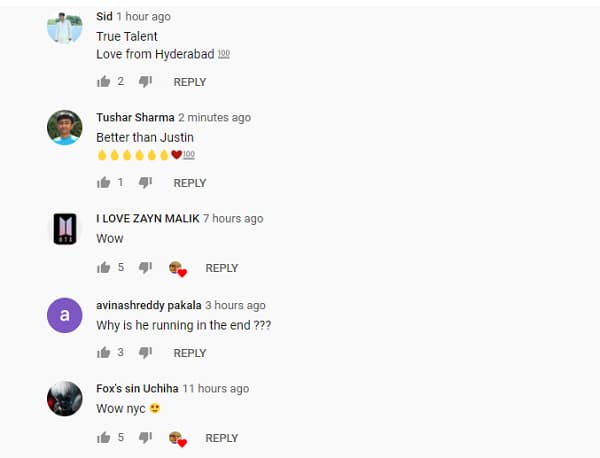 We wonder how Justin would react to this. Meanwhile, Justin Bieber and his wife Hailey Baldwin hosted a charity event with LIFT Los Angeles and Inner-City Arts to promote art education in underprivileged communities. The event on 14 December, that is, Friday. It was attended by celebrities like Kylie and Kris Jenner and Jaden Smith.

How did you like the video? Let us know by tweeting to us @bollywood_life.