Kim Kardashian-Pete Davidson split: Is this how comedian-actor is coping with his break up with the reality TV star? [Report]

Just yesterday reports of Kim Kardashian-Pete Davidson's break-up surfaced. And now, Pete Davidson's pictures from the sets of a movie are going viral, fans are concerned about his well-being. 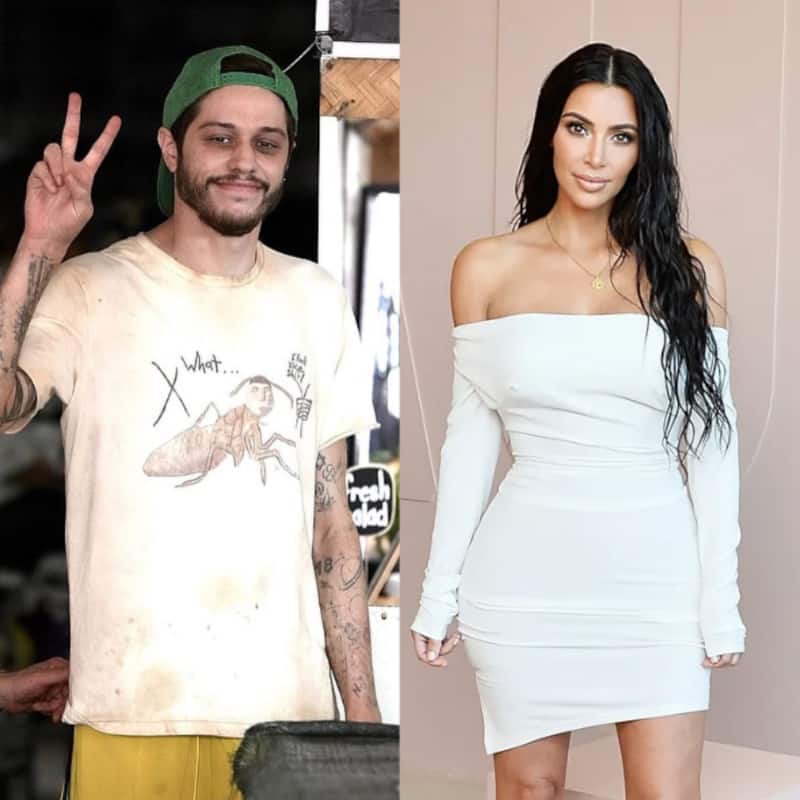 Kim Kardashian and Pete Davidson split after 9 months of dating each other in a rendezvous romance. Kim and Pete met first via the SNL sketch where they kissed for the first time during the Aladdin-themed sketch. Things didn't hit it off until later. And now, new pictures of Pete Davidson have surfaced online which has concerned his fans. Pete was snapped on the sets of Wizards, shooting. His look has been going viral. It seems like Pete is keeping himself busy after the split from Kim Kardashian. Also Read - Top Hollywood News Weekly Rewind: Zayn Malik unfollows Gigi Hadid, Johnny Depp in love with lawyer Joelle Rich and more

Pete Davidson and Kim Kardashian's break-up is being widely discussed in Hollywood News for the last couple of hours. As per the latest report in HollywoodLife.com, Pete Davidson was seen in a beige t-shirt which read, "I feel like sh*t." He had a Wizards cap on. The report states that Pete played basketball and was pretty chill the whole time on the sets. He even went shirtless and flaunted his tattoos including those of Kim Kardashian and her kids' initials. A Daily Mail reported that Pete looked like "he didn't have a care in the world." He was shooting hoops and chilling with the production crew. Pete Davidson is shooting in Australia for Orlando Bloom, Naomi Scott starrer by David Michôd. Pete has created an impression on the crew by coming up with the idea of a basketball game during breaks. He also made the makeshift basketball court and brought in the hoop and also a stereo for some music. Also Read - Trending Hollywood News Today: Kim Kardashian body-shames sister Khloe Kardashian, Johnny Depp, Amber Heard trial movie – Hot Take trailer goes viral and more

Pictures of Pete Davidson from the sets of Wizards are going viral. Fans are noticing how heartbroken he looks. Netizens commented saying that he looks homeless. Someone talked about the bags and dark circles under his eyes and said that he looked like he didn't sleep. Some supported Pete saying it might probably be just a look for the movie and the comedian might be wearing make-up. Also Read - Kim Kardashian body-shames sister Khloe Kardashian on national television; rats on sisters Kendall and Kylie Jenner

The report states that Kim Kardashian and Pete Davidson broke up about a week ago.