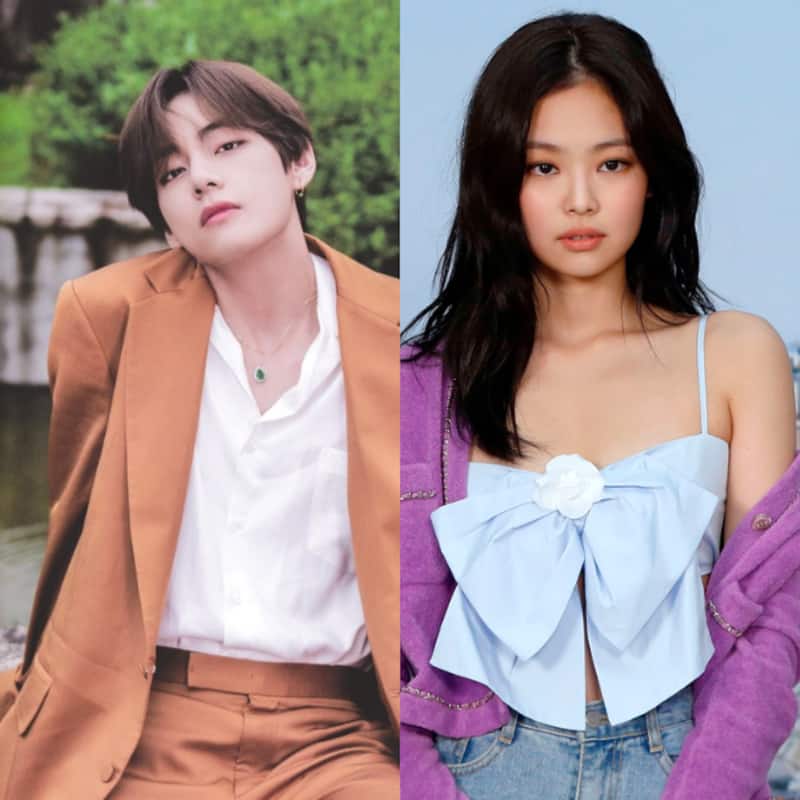 One of the attention-grabbing things in BTS ARMY and Blink's life is the dating rumour between Kim Taehyung and Jennie Kim. It doesn't seem to die down and the fandoms have been arguing forever now! Both the artists BTS V and Jennie have kept mum and their dating rumours. Talking about the dating rumours, every day there are images surfacing, going viral and circulated online, claiming to be leaked images as proof of Taehyung and Jennie's relationship. There has been no confirmation about the same, but the one leaking the images claims that everything is real. An HD pic seems to have surfaced now. Also Read - BTS: Kim Taehyung aka V to feature in a variety show with two of the Wooga Squad members? Here's what we know

So, yesterday, V aka Kim Taehyung shared a video with Yeontan. It was a cute and the most adorable video wherein BTS V made Yeontan play with him before giving him his treat. After the video was shared, an old picture shared by Gurumi Haribo resurfaced and allegedly in an HD format. The picture is cut at the upper side where Jennie's picture is seen. The picture claims to be a video call between the two artists. Also Read - Year Ender 2022: BTS V aka Kim Taehyung, Jungkook, Blackpink rapper Lisa; here is the list of Most Googled K-Pop idols of 2022

Fans react to the picture of Jennie and Taehyung

ARMYs and Blinks have previously called out the pictures as fake and edited. Even before the pics have been called out as fake wherein the ARMYs dissected the editing skills of the photo editor and the one who leaked them. And now, they have again slammed the edited picture saying that the whole door has been edited out in the new image. Check out the tweets of the ARMYs/Blinks here: Also Read - BTS: Kim Taehyung, Jungkook and other members turn Akshay Kumar, Suniel Shetty from Phir Hera Pheri as they groove on 'Aye Meri Zohrajabeen' [Watch Hilarious Video]

hope you can explain this too..this is not the same door..did gurumi just edit that whole door,and just edit taehyung and jennie in the frame pic.twitter.com/LVDzWRyG4j

Really? It's SO obvious. The pic of taehyung is real, but jennie was edited, thats why You can't see her entire face

Hybe responded about edits of Taehyung and no invasion of privacy. Only Jennie's ind. Pics were leaked so her agency mentioned it clearly denying your shot ship.

those fans who also posted the leaked photos and one of the reasons why it got so much attention should be sued as well. you all don’t deserve jennie and taehyung

Really? It's SO obvious. The pic of taehyung is real, but jennie was edited, thats why You can't see her entire face

yall need to stop with these goddamn conspiracies and leave taehyung and jennie alone damn ? https://t.co/ZYc29mkBIc

taehyung has never showed us the location of his painting outside his door. the ft photo from him and jennie revealed it before he did. how much proof do people need atp pic.twitter.com/bBisqMvNgs

Why are y'all continuing to spread these pics when both hybe and yg has said to refrain from doing this...?

What,really?
And plz refrain from spreading these pictures on twitter

It’s been weeks since Kim Taehyung and Jennie have been linked together. Earlier the agencies YG Entertainment and HYBE aka Big Hit released vague statements about edited pictures without addressing the alleged affair. BTS V's pet pooch, Yeontan, has been dragged into their rumoured affair previously. A picture alleged to be clicked by Jennie was shared stating that she clicked the picture of Yeontan.