This year was a big one for binge watching and on-demand viewing but of every single show streamed this year Lucifer proved to be the most popular. There are currently 4 seasons of Lucifer, and earlier this year it was announced the upcoming season would be its last.

This year was a big one for binge watching and on-demand viewing but of every single show streamed this year Lucifer proved to be the most popular. The series was originally aired on Fox, but it found a new home on Netflix after it was axed. There are currently 4 seasons of Lucifer, and earlier this year it was announced the upcoming season would be its last. Also Read - 13 Reasons Why: Justin Foley's fate is out — deets inside

A report from TV Time, cited by Forbes, found Lucifer was the most streamed show of 2019. 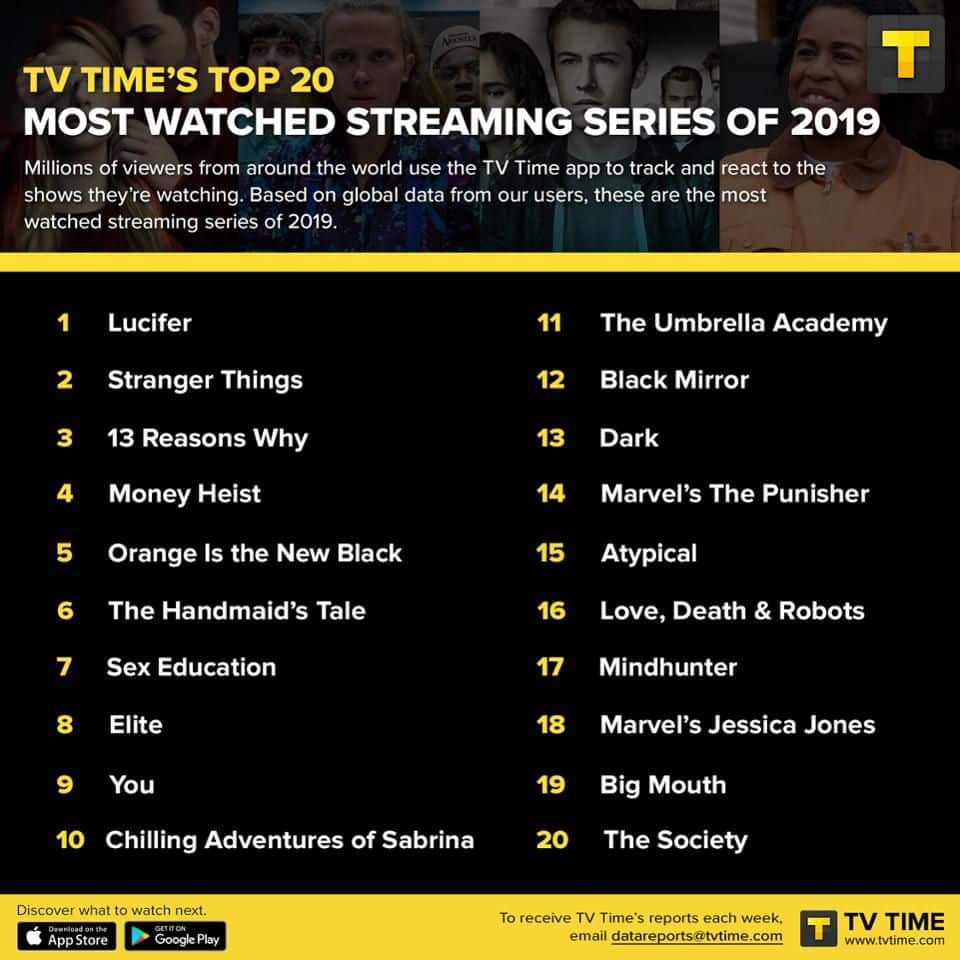 Lucifer was followed by Stranger Things, 13 Reasons Why, Money Heist, Orange Is The New Black, The Handmaid’s Tale, Sex Education, Elite, You and Chilling Adventures of Sabrina, which rounded out the top 10. Hulu’s The Handmaid’s Tale was the only non-Netflix series to make the cut. Also Read - Marvel fans are perplexed if THIS is the look of 13 Reasons Why star Katherine Langford for Avengers: Endgame

But with Disney+ set to launch worldwide next year, it'll be interesting to see how this list looks in 12 months' time, but the figures suggest Netflix doesn’t have anything to worry about for the time being. And it seems as though those formally angry fans are as loyal as ever, as Lucifer pushed ahead of stiff competition, including 13 Reasons Why, Sex Education and You to land first place.

Joe Henderson, Executive producer on the show, expressed his excitement ranking on twitter

So, uh, this is a pretty cool list! Look who's #1 ? #Lucifer pic.twitter.com/6rW6sfsqDe

Executive producers Joe Henderson and Ildy Modrovich said in a joint statement: ‘We are so incredibly thankful to Netflix for resurrecting our show last season, and now letting us finish the story of Lucifer on our terms. ‘Most importantly, we want to thank the fans for their incredible passion and support. The best is yet to come!’

Lucifer's anticipation is likely to continue as fans look forward to the new season, which is expected to arrive next year. Viewers stream better as long as they can.

thanks to the lucifans, #lucifer's story will come to an end the way it should: the fifth and final season is coming to @netflix.