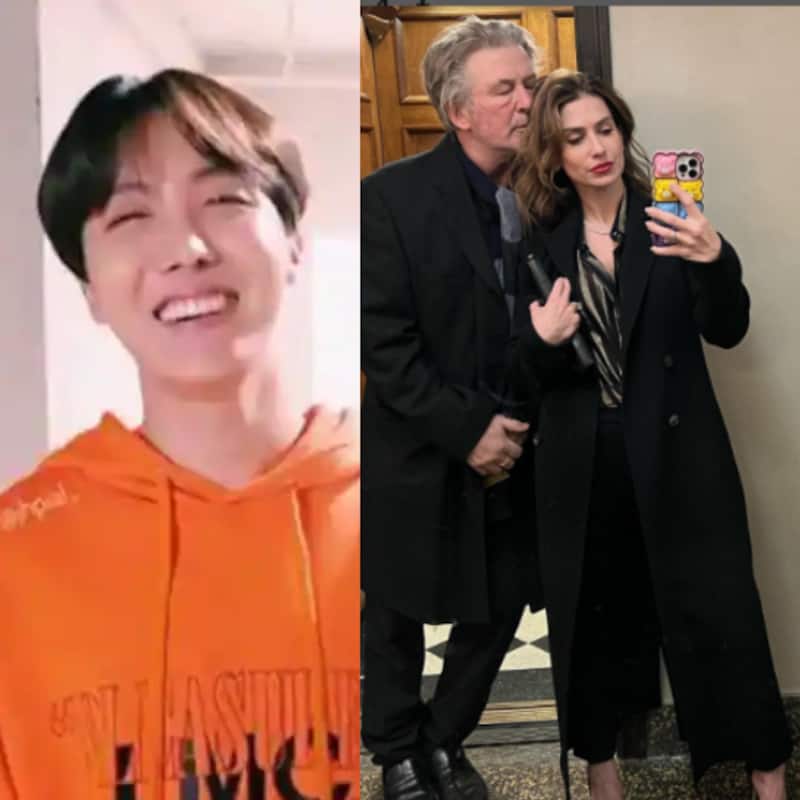 Among all, Hollywood stars like BTS member J-Hope, Jim Carrey, Alec Baldwin and others remained to rule the headlines. K-pop boy band BTS member J-Hope who had tested positive for Coronavirus on March 23 now shared his health update. Jim Carrey hit the headlines as he slammed Will Smith for his violent behaviour against Chris Rock at Oscars 2022. Alec Baldwin and wife Hilaria are expecting their 7th child. Will Smith's wife Jada Pinkett Smith opened up about her husband's reaction and for more, scroll on! Also Read - BTS’ Kim Taehyung-Jennie dating rumours: BLINKS get restless as 15 people form a group to ‘politely’ approach the Blackpink rapper

It was on March 23 that J-Hope tested positive for Coronavirus and was under quarantine. The star has now revealed that he is fully recovered and will soon be joining the other band members in Las Vegas to attend Grammy Awards 2022. ARMY is delighted to know that he is now fit and fine. Also Read - BTS: Jimin gets death threats from a Kim Taehyung-Jungkook stan; ARMYs slam the toxic shippers [view tweets]

King Richard actor Will Smith shocked all when he punched Chris Rock on stage at Oscars 2022. It was after Chris joked about Will's wife Jada Smith's baldness that the actor lost his cool. Now, Jim Carrey has reacted to it. During his appearance at CBS Mornings, Jim Carrey told Gayle King, "I was sickened. I was sickened by the standing ovation, felt like Hollywood is just spineless en masse." He also added that he would have sued Will if he had slapped him. Also Read - BTS’ Kim Taehyung and Jennie’s dating rumours reach insane level as plans to confront latter surface; Blinks furious over privacy invasion

Taking to social media, Alec Baldwin's wife Hilaria announced that they are expected their 7th child. Sharing a video, she wrote, "After many ups and downs over the past few years, we have an exciting up and a huge surprise: another Baldwinito is coming this fall. We were pretty sure our family was complete, and we’re beyond happy with this surprise."

Will Smith's wife Jada Pinkett made her first social media post after Will Smith and Chris Rock's slap controversy at Oscars 2022. She wrote, "This is a season for healing and I'm here for it."

On American Idol, Katy Perry suffered a wardrobe malfuntion. As she wore tight latex pants, Katty had some of the stitches gets ripped. Her pants were then covered with a duct tape.

ima get ur heart racing in my skin-tight jeans on #americanidol tonight ? tune in now for a RIPPING good time ? pic.twitter.com/gw3bav78Rs