Marvel Cinematic Universe releases its India calendar, Black Widow and The Eternals to release in 2020

Marvel Cinematic Universe concluded its phase three with Spider-Man: Far From Home being its last film. The first phase begin with Iron Man in 2008 and ended with The Avengers in 2012. The second one begin with Iron Man 3 and ended with the Ant Man in 2015. The first three phases in the franchise are collectively known as The Infinity Saga. The phase four is all set to begin and Marvel Cinematic Universe has released its India calendar. Yes, you have read it right! The most awaited phase four is here and the two films which will release this year are Black Widow and The Eternals. Here are the Marvel Studios India official release dates: Also Read - Avengers Endgame: A year after release, makers reveal whom Hulk aka Mark Ruffalo saw when he snapped his fingers after putting on the gauntlet 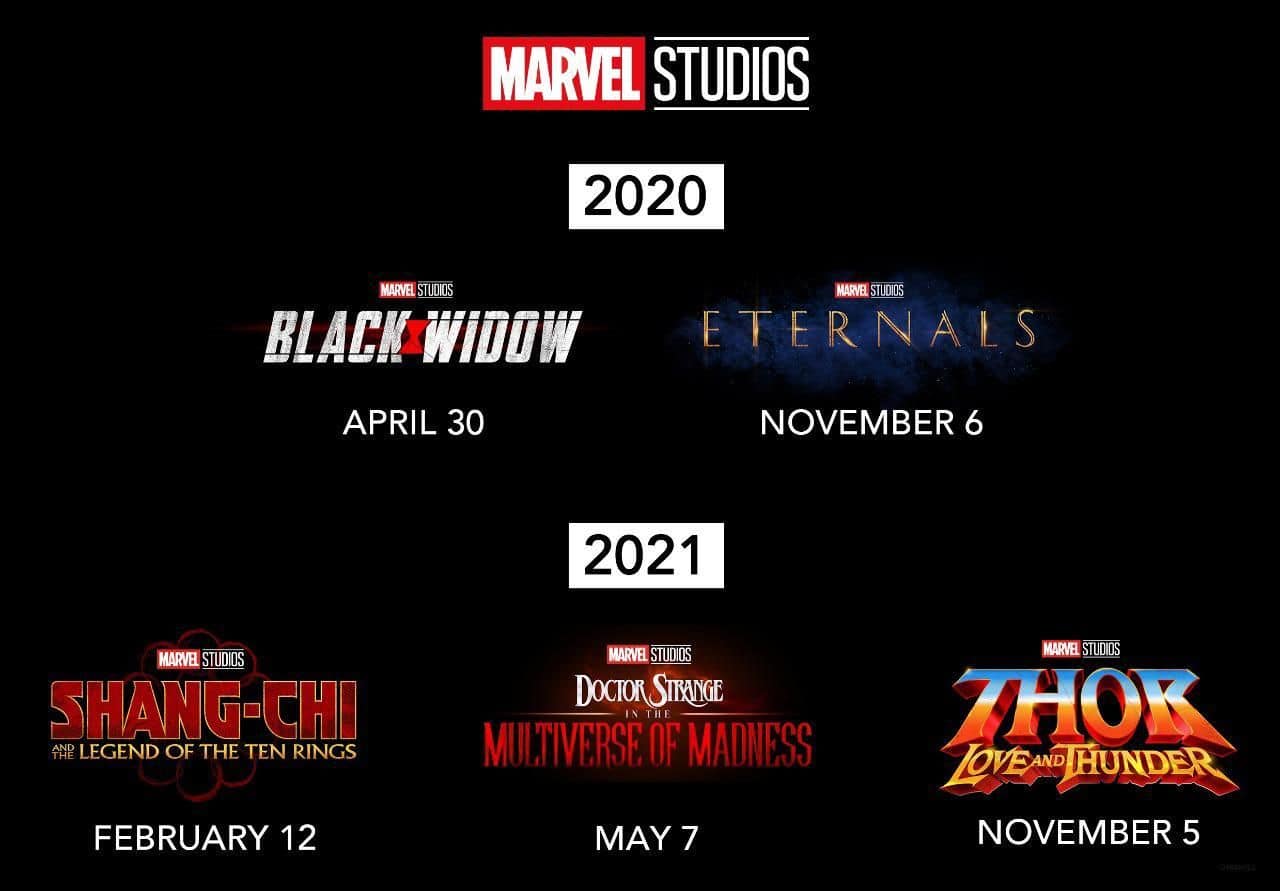 The film will be directed by Cate Shortland and it will star Scarlett Johansson, Florence Pugh, David Harbour and Rachel Weisz. It will be the twenty-fourth film in the Marvel Cinematic Universe.

The Eternals is directed by Chloe Zhao and will feature Angelina Jolie, Richard Madden, Kit Harington, Salma Hayek, Gemma Chan and Kumail Nanjiani. The film is about a race of immortal beings who lived on Earth and shaped its history and civilizations.

Simu Liu will star as Shang-Chi, alongside Tony Leung and Awkwafina. The film will be directed by Destin Daniel Cretton. It will focus on Shang-Chi; The Master of Kung-Fu.

Doctor Strange in the Multiverse of Madness – 7th May 2021

Benedict Cumberbatch, Elizabeth Oslen and Benedict Wong will feature in the film and is the sequel to the 2016 Marvel film Doctor Strange.

And finally, the most awaited one, starring Chris Hemsworth, Natalie Portman, Tessa Thompson, and Taika Waititi. Taika Waititi will be directing the film. This will be the sequel to Thor: Ragnarok and the fourth movie in the Thor saga.