Ms Marvel has been in the news because of the Bollywood references in the series, and recently, we got to hear Amitabh Bachchan's song from Don in it. Here's how Big B has reacted to it. 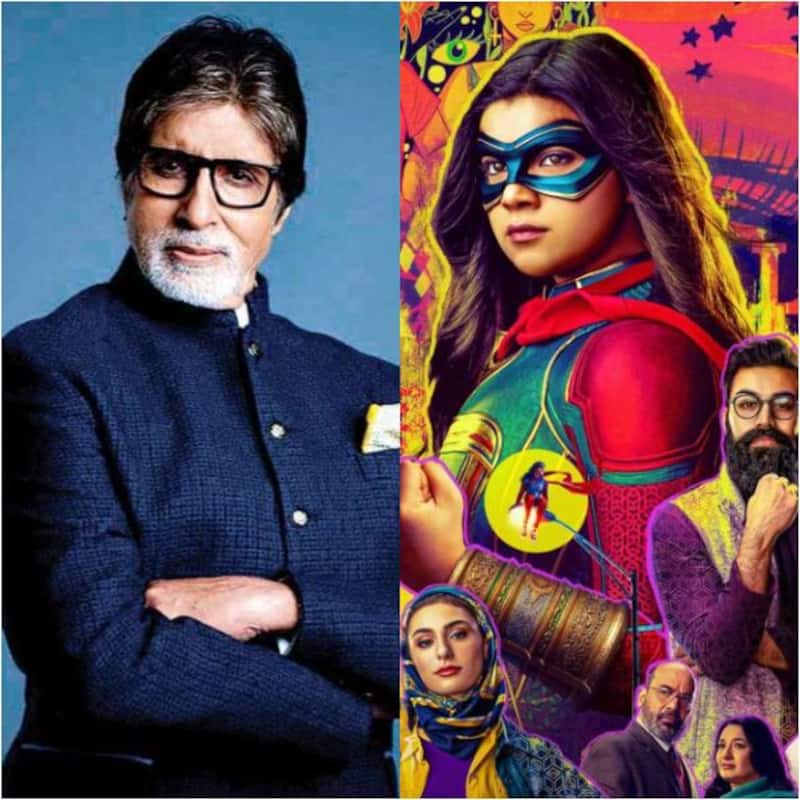 Marvel’s series titled Ms Marvel starring Iman Vellani started streaming on Disney+ Hotstar on 8th June 2022. Till now, three episodes of the series have been premiered on the OTT platform and Indian audiences are finding it very interesting as many Bollywood references have been used in it. In the third episode, there’s a wedding sequence in which a few characters dance to Amitabh Bachchan’s son Yeh Mera Dil from Don, and later, Iman Vellani dances to the title track of Rani Mukerji’s Dil Bole Hadippa. Also Read - Urfi Javed apologises to Chahatt Khanna for dragging her divorce in their nasty fight: 'It was low of me to comment'

Recently, a fan tweeted about the song from Don in Ms Marvel, and the megastar reacted to it. The fan tweeted, “This afternoon I was working & I felt like I heard the music of yeh mera dil from Don, for a min felt like I maybe dreaming. But when the song sound came again I stepped down to find that my 6 yr old is watching Miss Marvel which had the song in ep3 @SrBachchan is everywhere.” Amitabh Bachchan reacted to it and wrote, “wow ..” Also Read - Pirates of the Caribbean star Johnny Depp all set to make his directorial comeback after 25 years [Deets Inside]

It's wedding season! ? Check out this clip from a brand new episode of #MsMarvel, an Original series from Marvel Studios, streaming tomorrow on @DisneyPlus. pic.twitter.com/OTdnIAigFT

Well, Ms Marvel also stars our very own Bollywood actor and filmmaker, Farhan Akhtar, in a pivotal role. The series has been getting a positive response and everyone is praising Iman Vellani’s performance in it. The Marvel series is a set-up for the film The Marvels which is slated to release in 2023. Vellani will reprise her role in the movie.

Meanwhile, Marvel fans are waiting for the release of Thor: Love and Thunder which is all set to hit the big screens on 7th July 2022.