After Divya Khosla Kumar's iconic 'Sitara' pose from Yaad Piya Ki Aane Lagi became a nationwide sensation, with people all over recreating it, the latest to join in is international icon Selena Gomez, who was seeing doing the same pose and the internet fandom has gone berserk with comparison posts

The iconic Sitara from Divya Khosla Kumar's chartbuster, Yaad Piya Ki Aane Lagi, had become an overnight viral sensation. People across social media were seen posing with the same and using the song as a base. From weddings to events, Yaad Piya Ki Aane Lagi broke all records and was yet another successful feather in Divya's cap. Now, taking it a mile ahead, the international icon Selena Gomez was seeing doing the same Sitara pose and the internet fandom has gone berserk with comparison posts. When a figure like Selena Gomez copies you, you know that it is a huge deal. Check it out below: Also Read - Filhaal 2 teaser: Akshay Kumar and Nupur Sanon's chemistry and B Praak's melodious voice promise a magical experience yet again 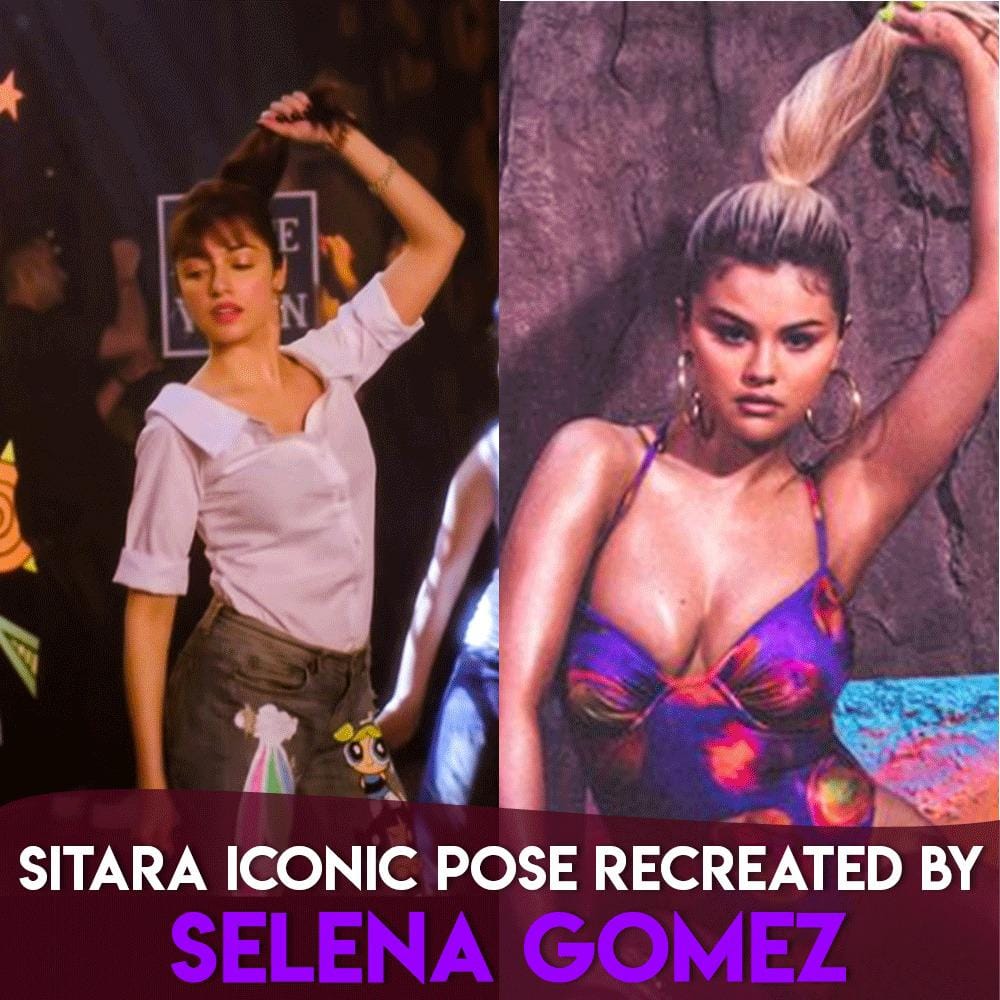 Divya Khosla Kumar is on a roll. After surprising everyone with her multiple avatars in Yaad Piya Ki Aane Lagi, the gorgeous diva scored massively with two songs that hit the digital arena last year – Teri Aankhon Mein and Besharam Bewaffa. With the super success of the B Praak and Jaani track, Divya has scored a huge hattrick as well. Besharam Bewaffa has turned out to be her third consecutive song to have hit a 100 million mark on Youtube. The song, that released around a month ago, also happens to be Divya's first collaboration with ace composers B Praak and Jaani. Also Read - Baarish Ki Jaaye song: Nawazuddin Siddiqui's 1st music video is a decent Qawali number that attempts to break mental health stereotypes

While all her three tracks, directed by Vinay Sapru and Radhika Rao have been chartbusters, one common thread binds them all iss thhe portrayal of love and heartbreak. But our lovely lady has made sure each looks starkly different from the other. Divya's performances in all the three songs have been applauded by the audience. The three songs have pushed Divya as the new sensation in the music video space. The songs have not only scored in a big way but has also helped increase her reach and following among the youth.

Now, Divya Khosla will also seen in a strong role in Satyameva Jayate 2 as the female lead opposite John Abraham, which happens to be one of the most anticipated films of 2021. The first part worked brilliantly at the box office and with Divya joining the cast now, our excitement has only sky rocketed.