Oscars: 6 Indian films that have so far been nominated at the Academy Awards 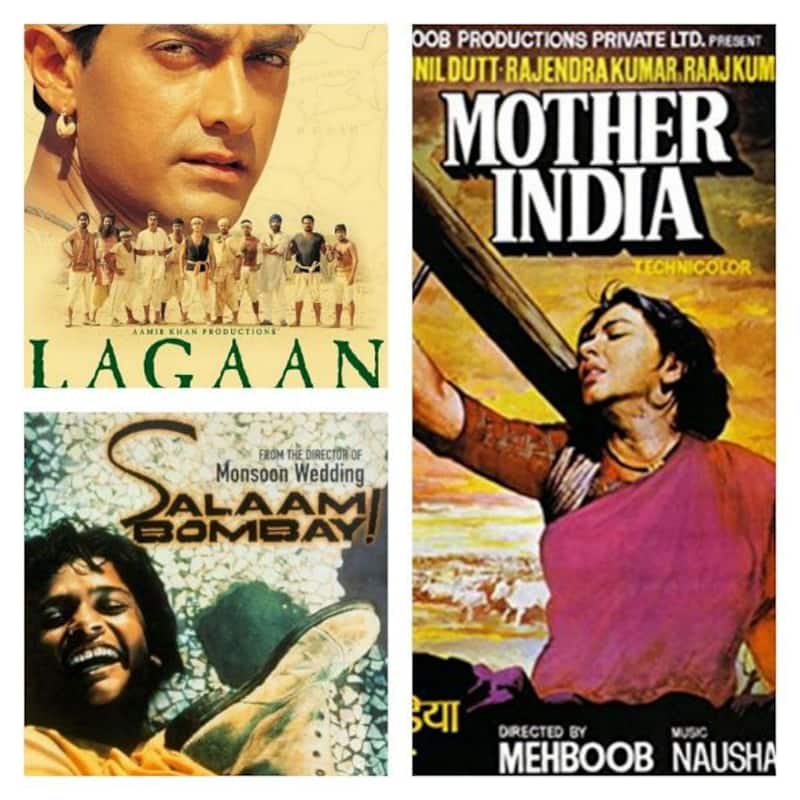 The Oscars are a matter of immense prestige, which is why every country from the north to the south and from the east to the west vie for a nomination as one of the five best Foreign Language Films at the very least. However, what many don't know that even if a nomination in the foreign-language film category isn't secured, a country could still enter the fray by being a contender in one of these categories: Best Animated Film, Best Short Animated Film, Best Short Animated Documentary, Best Live Action Short Film and Best Short Documentary. Also Read - Bollywood's most shocking alleged extra-marital affairs

By these parameters, 6 Indian films have so far walked away with the honour of being declared an Academy Award nominee. Check them out below: (Note: Films like Water and Gandhi, based on intrinsically Indian stories, and boasting copious Indian talent both behind and in front of the camera, haven't been included as the Academy itself didn't consider them Indian films due to them being entirely foreign productions). Also Read - Vikram Vedha movie review: Kareena Kapoor Khan calls Hrithik-Saif's film a 'blockbuster'

1.) Mother India (1957) - Best Foreign Language Film
The one that started the ball rolling for India at the Oscars, even though it hasn't rolled much ever since. We have also never come closer to snagging that elusive golden statue than with this Mehboob Khan film as it was tied twice for most votes with eventual winner, Italy's Nights of Cabiria, finally bowing down to it by a solitary vote. Also Read - From Sonam Kapoor in hospital to Shah Rukh Khan's ageing look: 7 FAKE pictures of Bollywood stars that went viral in no time

2.) An Encounter with Faces (1978) - Best Short Documentary
Before Vidhu Vinod Chopra made masterpieces like Parinda and Mission Kashmir, he was a proud Oscar nominee with another, almost unheard of masterpiece. If you love documentaries, we implore you to check this hidden little gem out.

3.) Salaam Bombay (1988) - Best Foreign Language Film
Way before there was Slumdog Millionaire, Mira Nair had given us this stark and arresting portrait of the unimaginable hardships and perils that children living in Bombay (now Mumbai)'s slums encounter.

4.) Lagaan (2001) - Best Foreign Language Film
Probably every Indian's most loved film to bag an Oscar nominee, Lagaan eventually lost to No Man's Land, but won the hearts of several Hollywood bigwigs, going on to be remembered far more fondly today that the film that beat it.

5.) Little Terrorist (2004) - Best Live Action Short Film
This heart-wreching short film about an innocent Pakistan buy trapped on the Indian side of the border won over the Academy Panel enough that they looked past its budgetary constraints and production cost-cutting to bestow it with a well-deserved nomination.

6.) Period. End of Sentence (2018) - Best Short Documentary
Indian finally won its first Oscar courtesy this brilliant short documentary about a bunch of simple Indian women who break centuries-old stigma and social taboos by making low-cost, biodegradable sanitary pads, which they sell to other women, residing in their village, at affordable prices. It basically put Arunachalam Muruganantham's amazing work on the before Pad Man did.

So, while we still wait for an Oscar in the Best Foreign Language Film category, it'd serve us well to remember that as momentous the occasion would be, we shouldn't fret over it. At the end of the day, it's a foreign award that — for all the stature it has — doesn't get to tell us how good our films are, especially with the amount of undeserving films they've awarded over the years over several better ones. We'll welcome the Oscar in a major category with open arms, but we shouldn't lose sleep over it either, and be content with celebrating our films in the meantime for our audience. Stay tuned to BollywoodLife for all the latest news and updates.