Priyanka Chopra and Nick Jonas bumped into comedian Rosie O'Donnell. What happens next is pretty hysterical. 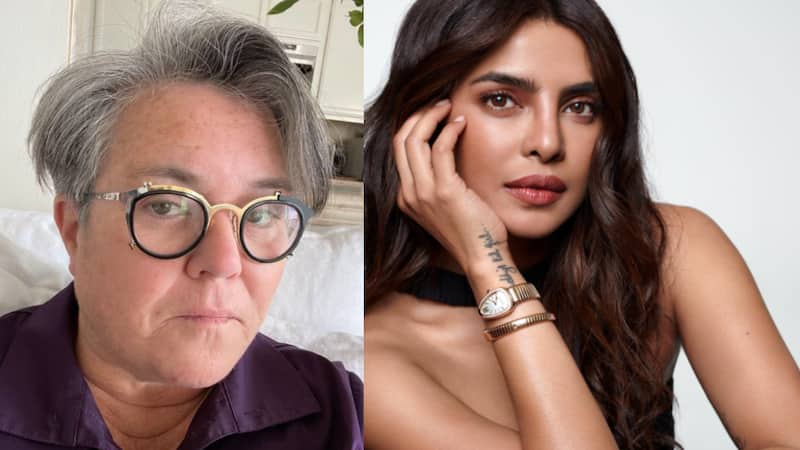 Priyanka Chopra has become a global sensation. She has become a popular face all across the west. She ventured into Hollywood with Quantico and now she has a few big projects in her name. Plus, she is married to Nick Jonas. Thus she has pretty much created an identity for herself in the West making the country proud. However, there have been times when she has been on the recieving end too. Recently, a comedian Rosie O'Donnell had to apologise to Priyanka Chopra as she thought she was Deepak Chopra's daughter. Also Read - 'Who will buy?' Priyanka Chopra's overpriced homeware fails to impress; netizens troll tablecloth costs Rs 31k, chutney pots at Rs 15k and so on

BollywoodLife Awards 2022 is here and VOTING lines are NOW OPEN. Vote for CATEGORY NAME below:
To Vote in other categories log on to awards.bollywoodlife.com Also Read - Malaika Arora, Uorfi Javed, Priyanka Chopra and more hotties who have the coolest tiny bags

In a video shared on Instagram, Rosie O'Donnell stated that she felt embarassed as she assumed that Priyanka was author Deepak Chopra's daughter. In the video she says that she was in Malibu when she bumped into the couple. She said, "Seated next to us was Nick Jonas and his wife ‘someone’ Chopra, which I always assumed was Deepak Chopra's daughter." When she told Priyanka that she knew her father, the actress responded, "she was like, ‘You do? Who’s my dad?' I'm like ‘Deepak’. She was like ‘No. And Chopra is a common name’. I felt so embarrassed,” said Rosie. In the end, she apologised to Nick Jonas and his Chopra wife. A lot of people dropped comments stating that even they thought Deepak Chopra was Priyanka's father. Check out the video below: Also Read - Alia Bhatt-Ranbir Kapoor pregnancy: Farah Khan says 'Rishi Kapoor is coming back', Neetu Kapoor reacts

Meanwhile, Nick Jonas and Priyanka Chopra have entered a new phase in their lives - parenthood. They recently welcomed their child into this world through surrogacy.