PSY of That That and Gangnam Style fame comes under the radar of Korea's Labour Ministry; Seoul office raided [Read Report] 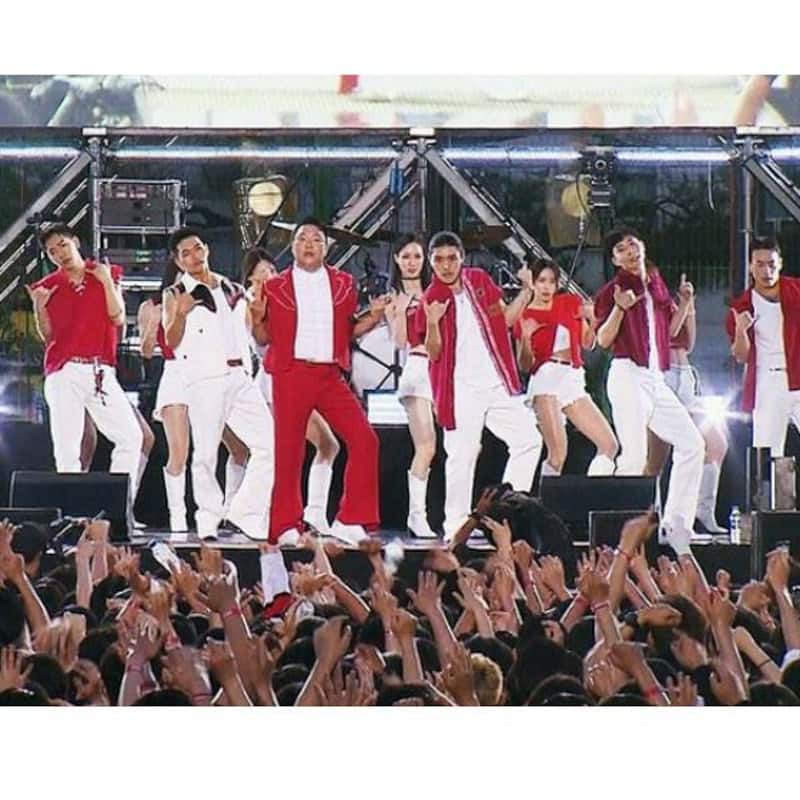 Korean singer PSY is known all over for his cult hit, Gangnam Style. Of late, his song That That is also a big chartbuster featuring SUGA of BTS. PSY's company P Nation is under the scrutiny of Korea's Labor Ministry after the death of an unidentified Mongolian worker in the Summer Swag Festival. The fest which sees music concerts by top artistes is one of the attractions of Korea. It seems the ministry raided the office of P Nation on August 25, 2022. It seems the accident happened on July 30 when the Mongolian worker died while dismantling the set of Psy's concert. He had performed on his latest hit, That That, and SUGA also made a surprise appearance. The concert happened in Gangneung City. It is being said that workers were not given safety gear which is mandatory while working in unstable weather. This has been reported by the Korean entertainment portal, Koreaboo. Also Read - BTS: Min Yoongi aka Suga follows Psy to be the second Korean soloist to achieve THIS feat

This is a violations of Korea's Industrial Safety and Health Act which orders suspension of risky outdoor work in unstable conditions. The company can be held guilty on one more ground of violation as well. The Ministry of Employment and Labour issued an official statement. It seems a team was sent to the main Seoul office of P Nation along with their sub contractor offices to look for evidences. The firm has offered its condolences to the family of the deceased and maintained that it was an unexpected accident. They had said they did assist with the funeral. P Nation said they did increase their safety and be more careful in the future. Also Read - BTS: SUGA x PSY's That That a hit at desi weddings? This video from a sangeet will warm hearts of Indian Min Yoongi fans

But the Labor Ministry got a warrant from court and raided the premises of the idol group. While Psy owns 60 per cent of the stakes in P Nation, the firm is headed by another unidentified person. So even if the charges hold true, he will be exempted from legal consequences. The Summer Swag Festival was called out for excessive use of water when farmers in Korea dealt with the worst ever drought. It was also under scrutiny for spread of COVID. In summer, there was a sudden spike in cases in Korea. Also Read - BTS: SUGA aka Min Yoongi's five sexiest stage performances that left ARMYs sweating [Watch Videos]