Irwin Winkler, the producer of the Rocky franchise, is planning a Rocky spinoff with Dolph Lundren's character, titled Drago, and it seems that Sylvester Stallone didn't get the memo, which has put him at loggerheads with both Winkler and Dolph 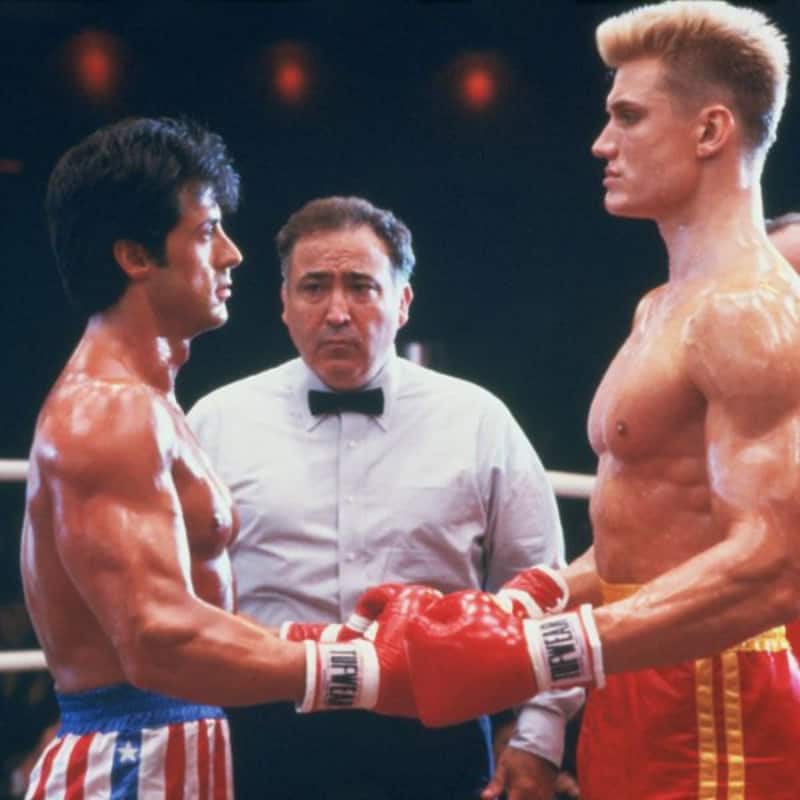 Sylvester Stallone is seething mad and it looks like he was ready for round two with Dolph Lundren aka Rocky Balboa vs Ivan Drago a la Rocky 4, only this time, Sylvester Stallone was willing to trade in the boxing gloves to vent his ire before the world before Dolph Lundgren stepped in to diffuse the situation. If this all seeming too Greek to you, then allow us to shed some perspective. It so happens that Irwin Winkler, the producer of the Rocky franchise, is planning a Rocky spinoff with Dolph's character, titled Drago, and it seems that Stallone didn't get the memo, which has put him at loggerheads with both Winkler and Dolph over a new Rocky movie. Also Read - Madonna Birthday Special: 10 hottest pictures of the Queen of Pop that will set your screens on fire

Sylvester Stallone comes down on Irwin Winkler and family

After reportedly getting to know news of the Rocky spinoff, Drago, through the media, Sylvester Stallone made his displeasure known online in two separate posts. He first tweeted: “I’d like to congratulate Irwin Winkler and family beating another wonderful character into the ground! # no shame.” Check out the Hollywood superstar's irked tweet below: Also Read - Kareena Kapoor Khan, Shilpa Shetty, Bipasha Basu and more B-Town beauties who embraced motherhood in their 40s

I’d like to congratulate Irwin Winkler and family beating another wonderful character into the ground! # no shame https://t.co/dy2TEkqCni

In a since deleted Instagram post, Sly wrote: “Another heartbreaker… Just found this out… ONCE AGAIN, IRWIN WINKLER, this PATHETIC 94 year old PRODUCER and HIS MORONIC VULTURE CHILDREN, Charles and David, are once again picking clean THE BONES of another wonderful character I created without even telling me,” Stallone said in his first Instagram. “I APOLOGIZE to the FANS, I never wanted ROCKY characters to be exploited by these parasites… By the way, I once had nothing but respect for Dolph but he NEVER told me about what was going on behind my back with the character I created for him!!! REAL FRIENDS are more precious than gold.” Also Read - Taarak Mehta Ka Ooltah Chashmah: Did Shailesh Lodha take a jibe at producer Asit Kumarr Modi with his chameleon post? Here's what netizens think

It seems though that Dolph Lundgren was in the dark about the whole affair and soon took to Instagram to smoothen things out with Sly, writing: “Just to set the record straight regarding a possible Drago spinoff. There’s no approved script, no deals in place, no director and I was personally under the impression that my friend Sly Stallone was involved as a producer or even as an actor. There was a press leak last week which was unfortunate. In touch with Mr Balboa - just so all the fans can relax…There ya go.” Here's his post...

Hope Sly and Dolph work things out and continue being friends.