RRR For Oscars: SS Rajamouli, Ram Charan, Jr NTR fans are dreaming about the team bringing home the Oscar; this beautiful fan-made edit will your hearts soar with excitement and anticipation 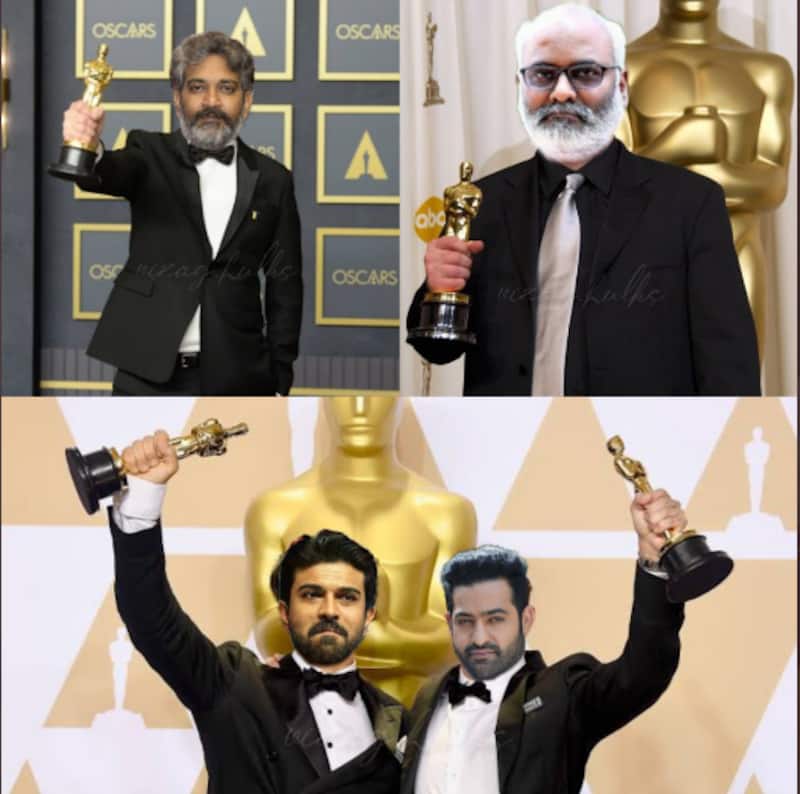 RRR has become a craze with Hollywood. Ram Charan, Jr NTR and SS Rajamouli fans are hoping that the movie brings home the coveted statue. Now, that India's official entry should be selected soon, fans are going all out to ensure that RRR gets the nod. The movie has impressed a number of Hollywood critics. There are people who have watched it repeatedly. In fact, Variety has said that the two actors and filmmaker SS Rajamouli also stand a chance of winning. The competition in the Best Foreign Film category is intense. RRR is facing competition from nations like Bolivia and Korea.

Now, a fan has made an edit where we can see SS Rajamouli, Ram Charan, Jr NTR and MM Kreem holding the trophy. Fans cannot contain themselves seeing the pic. In the past, it is only Parasite from Korea that managed two nominations in the main categories.

RRR is made by DVV Entertainment. It has grossed more than Rs 1000 crores worldwide. The US has been one of the biggest circuits. The team has said that it is still unsure what made it such a huge hit in the American markets. The movie is a story of Alluri Sitarama Raju who was a freedom fighter from Telangana. SS Rajamouli said that he always thought that the West has different similarities but he realised with RRR that they can be similar too. He said he is still trying to understand to be frank.

The filmmaker will now get busy with Mahesh Babu's movie which is supposed to be a spy and action thriller. RRR has set goals for the entire Indian film fraternity.