BTS ARMY, it's gonna be a couple more days before the next Run BTS episode drops. So, here's a look back at the most entertaining Run BTS episodes featuring RM, Jin, Suga, J-Hope, Jimin, Taehyung and Jungkook. 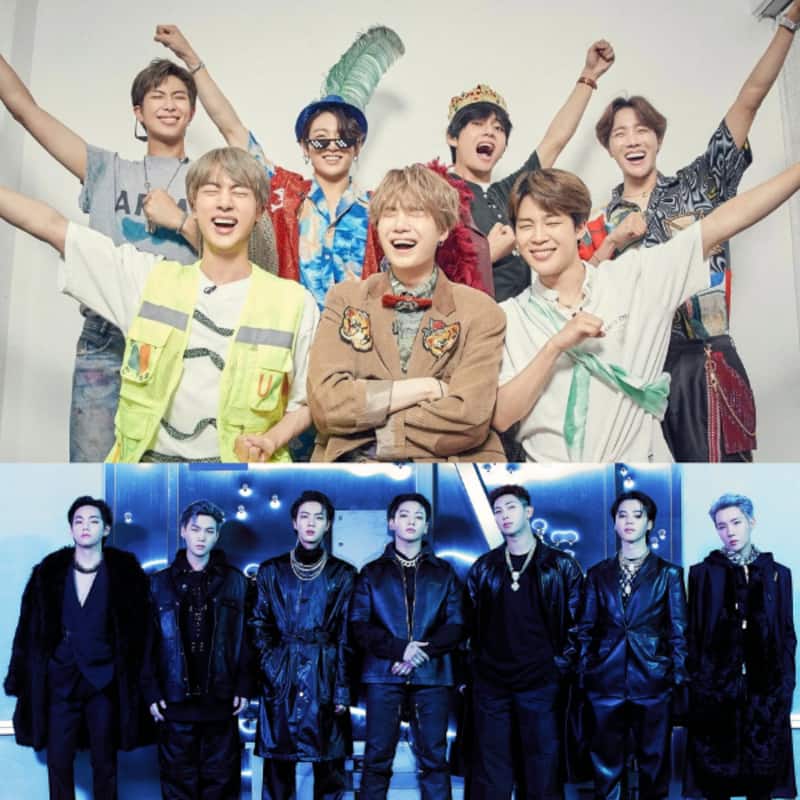 BTS ARMY, Run BTS is finally back and the Tuesdays won't ever be so dull as they had been in the past 10 months. The newest episode of Run BTS dropped on Weverse, VLIVE and YouTube dropped a couple of hours ago. Run BTS is officially back! Since we still have to wait for another Tuesday for the continuation episode of Run BTS, we thought of bringing back some of the funniest and most entertaining episodes for y'all to binge-watch in your free time, meanwhile. So, BTS ARMY, let's get it! Also Read - Trending Hollywood News Today: BTS member Suga nails long hair look, Kim Kardashian struggles in a bodycon dress and more

In this Run BTS episodes, BTS members – RM, Jin, Suga, J-Hope, Jimin, Taehyung and Jungkook pick their Manito and then play the game of jumping into the photo zone and axing expressions based on the given keywords. In the second episode of BTS X Manito, they play the game of Bingo based on food items on their bingo chart. The members have to act out the food items and the others have to guess the answer and tick off the list. These two are by far the most hilarious episodes of Run BTS. Watch them here: Also Read - BTS: Ahead of Kim Taehyung's stint as DJ on Radio show, here are 6 BIG REVEALS to charge you up for more interesting tea tonight

Not that the VR game part 1 is not that fun but the Part 2 of VR games played by the Bangtan Boys was more fun. J-Hope was the funniest especially when she dropped from the high rise. Taetae's swag to Jungkook being the pro at playing games was a sight for ARMYs.

BTS ARMY, if you want to have a good laugh while watching Run BTS episodes these two are great for laughter packs. It was in the second episode of Summer Outing that the boys had to fight with Jungkook and he still won the game. Jungkook is quite agile.

The Bangtan Boys - RM, Jin, Suga, J-Hope, Jimin, Taehyung and Jungkook played some fun games whilst in Pajamas. The most fun part was chimchim aka Park Jimin's sketches on socks to guess the word by drawing. Guess who was the artist of the episode at that time?

In this episode, the Bangtan Boys played games that they played in the past. Taehyung's memory power left the members speechless. The Rapline and the vocal line had been divided into two groups and the Rap line was at their hilarious best. The second episode also saw the return of the photo booth.

In these two episodes of Run BTS, we saw the Bangtan Boys getting missions. Hidden between them was a spy. The missions were to click photos with the rest of the members based on certain themes. However, when the soy was revealed, the Bangtan Boys felt the shock of their lives.

The 77-minute Debate episodes are the funniest of the lot. The boys were divided into two teams and had to debate about foods and everything under the sun which makes them the goofiest. The main factor here is the water shower based on the banned word. Jungkook, Jimin and other Bangtan Boys when learned the banned words they used them to trouble the judge in the centre. It was laughter riots of the two episodes.

Meanwhile, the latest episode of Run BTS featured the Bangtan Boys – RM, Jin, Suga, J-Hope, Jimin, Taehyung and Jungkook playing the game of telepathy and revealing how much they still know about each others' thoughts and ways of doing things.