BTS member J-Hope aka Jung Hoseok is winning hearts alright. And not just ARMYs but also other musicians. Hobi is going places and how! Check what IU and Crush revealed about the Rush Hour rapper below... 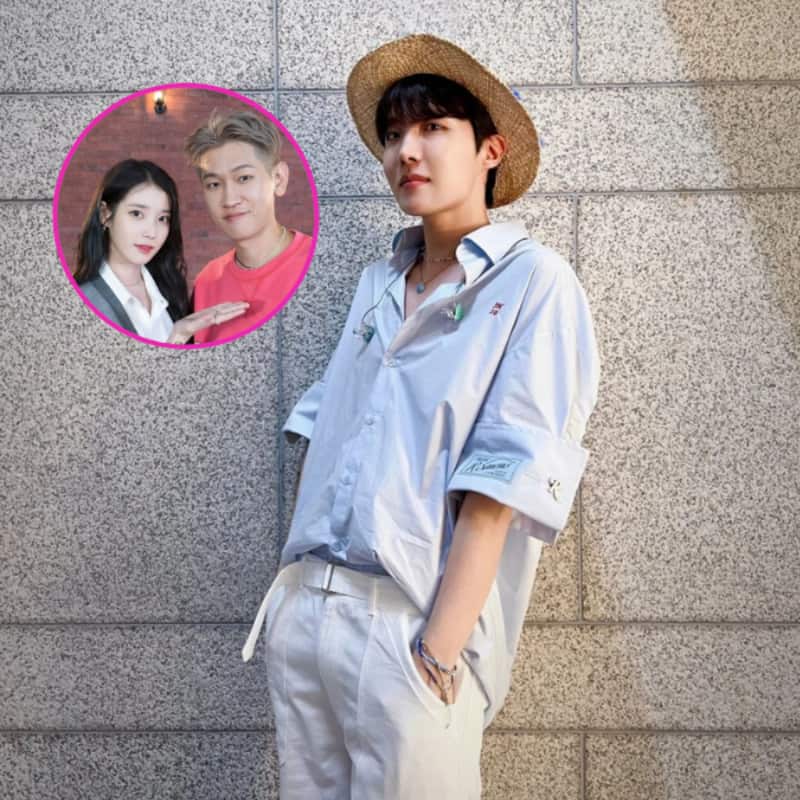 BTS member J-Hope aka Jung Hoseok is grabbing headlines and melting the hearts of everyone these days. Not just ARMY, non-ARMYs and kpop music lovers, renowned faces from the Korean Music industry and more are bowled over by the surreal magic that J-Hope is making in everyone's lives. He is just in fact being himself, the sunshine and spreading love and warmth everywhere. Well, Rush Hour ft BTS' J-Hope and Crush dropped yesterday. And it has been trending worldwide and how! We are here with more details about Hobi shared by IU and Crush that'll make you a proud stan if not already. Also Read - Trending Hollywood News Today: Chris Evans in The Gray Man 2, J-Hope's parents react to Lollapalooza performance and more

BTS member J-Hope's appearance in Crush's song Rush Hour is making a lot of waves. ARMY couldn't stop gushing over J-Hope for his amazing dancing skills, expressions, look and the energy that he brought to the song. Plus there's another reason for ARMY's happiness as there are references to Bangtan Boys' songs such as Boy With Luv, Mic Drop, Butterfly and more. Rush Hour has been a pleasant surprise. Now, two of the K-pop icons, Crush and IU, who've both interacted with J-Hope shared deets about his personality. Also Read - BTS: On Kim Taehyung's birthday, fans from Dubai, Egypt, India, Ukraine, Chile and other nations shower love on their Baby Bear — view pics

Crush has been dishing out interviews revealing, how Rush Hour came to be about. In a K-media report, Crush revealed that J-Hope actively involved himself in making the MV. It is noted that J-Hope is credited for writing lyrics as well. In an interview, Crush revealed that while shooting for the MV, despite sweating a lot, Hobi worked tirelessly. He didn't take a break for bathrooms and instead did takes stating that he can do better. Crush was bowled over by J-Hope's dedication and thought to himself, that Hobi's dedication is why he is a global success right now. Well, this would surely make Hobi stans beam. Also Read - BTS: J-Hope is flooded with birthday wishes from the Army as the singer turns a year older — read tweets

Here's a video shared by J-Hope from his Lollapalooza rehearsals:

Recently, Crush dropped by on IU's show IU's Palette to promote Rush Hour. And whilst there, IU revealed that when Hobi learned that Crush is going to join them, he sent snacks for everyone on the sets and asked them to take good care of Crush. Aww, Hobi, why so cute?!

Meanwhile, as soon as Rush Hour dropped, it topped the iTunes chart in the US and Europe, making J-Hope the only member to have three iTune toppers in 2022. More and Arson have already taken the coveted spot.