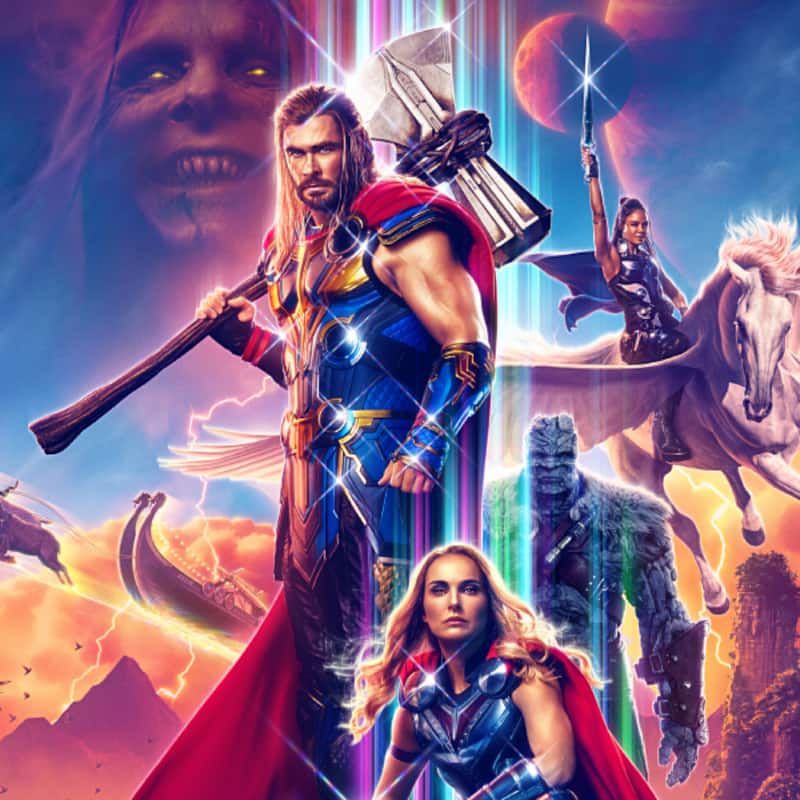 Thor Love and Thunder, the latest extravaganza from Marvel starring Chris Hemsworth and Natalie Portman has been leaked online on the day of its release. The film is available in HD version for free download and for watching online on Tamilrockers, Movierulz, Telegram, Filmyzilla and more piracy sites. The film has had a great buzz around it and fans the world over and going gaga with the latest Marvel presentation. However, now that it is leaked online, the film's box office business may take a big blow. Also Read - Trending TV News Today: Bigg Boss 16 premiere, Ghum Hai Kisikey Pyaar Meiin fans threaten to boycott the show and more

Thor Love and Thunder is directed by Taika Waititi and stars Christian Bale, Tessa Thompson, Jaimie Alexander, Waititi, and Russell Crowe along with Chris and Natalie. The film hit threatres in India on Thursday, July 7, in six languages namely English, Hindi, Tamil, Telugu, Malayalam, and Kannada. But just hours after, it got leaked online. Talking about the film, it revolves around Thor and his battle with Gorr the God Butcher who wants to take down all the gods. The film is one of the biggest Hollywood releases in Indian in recent times, and it was certain that it would shatter box office records. However, the online leak of the film through Tamilrockers, Movierulz, Telegram and more piracy sites will put a dent. Also Read - Brahmastra: Ayan Mukerji's REACTION to backlash over Alia Bhatt-Ranbir Kapoor’s film box office collection and dialogues are unmissable

Interestingly, this is not the sole case of online piracy. A lot of new big releases in Hindi, Hollywood, Telugu and Tamil and also web series from the biggest of OTT platforms have fallen prey to online piracy. But we urge our readers to not consume content from these piracy sites but only in theatres or authorised OTT platform. Talking about Thor Love And Thunder, the film has released in theatres today, but may soon come on OTT. As per reports, OTT giants Netflix and Disney+ Hotstar are the two possible players who may bag the streaming rights. Also Read - Ghum Hai Kisikey Pyaar Meiin: Ayesha Singh-Siddharth Bodke's off-screen bond wins hearts; THESE pictures are proof why fans ship them together