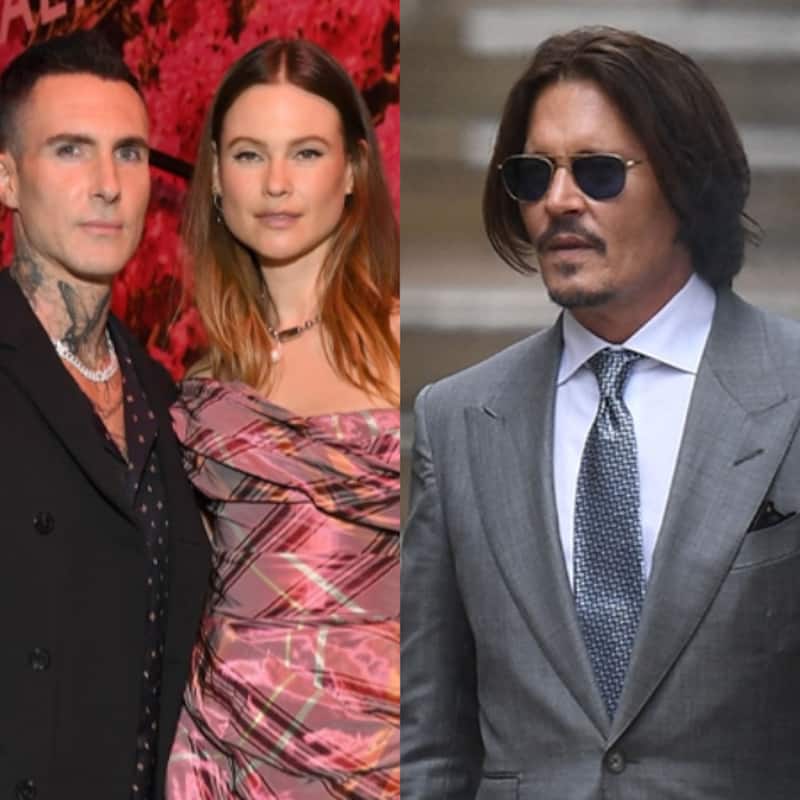 Maroon 5 singer Adam Levine is being criticized for cheating on his pregnant wife, and also wanting to name his baby on his alleged mistress. Reports have come that Johnny Depp is madly in love with his British lawyer, Joelle Rich. BTS member J-Hope proves that he is a sweetheart yet again with his cute gesture for Crush and IU. Here is a look at the trending Hollywood news of the day... Also Read - Trending Hollywood News Today: Deepika Padukone's bad experience in the US; Nora Fatehi to perform at FIFA World Cup and more

Adam Levine crossed the line with women other than Sumner Stroh
Maroon 5 singer Adam Levine is in hot water. After news went viral that he wanted to name his upcoming baby after his mistress, Sumner Stroh, he is facing flak from social media. Now, another woman Ashley Russell has said that he sent texts that could be considered inappropriate. His wife Behati Prinsloo is in shock. Also Read - Top Hollywood News Weekly Rewind: Zayn Malik unfollows Gigi Hadid, Johnny Depp in love with lawyer Joelle Rich and more

Johnny Depp dating his lawyer Joelle Rich
Hollywood tabloid Page Six has revealed that Johnny Depp is in a relationship with his London-based lawyer Joelle Rich. It seems she represented him in the UK libel case. The lady is separated from her husband but there is no official divorce as yet. Sources have said that the alleged couple's chemistry is "off the charts", and they are a real deal. In the past, he was linked to Camille Vasquez but she denied the reports. She said as a lawyer it was unethical to date a client but she knew that such gossip came with the job.

Read More: Johnny Depp is dating a lawyer but it's not Camille Vasquez who represented him in defamation case against Amber Heard; all you need to know

BTS member J-Hope wins over Crush and IU with cute gesture
BTS member J-Hope is known to be a darling. His latest song Rush Hour has topped iTunes in the US and Europe. This is his third song after More and Arson. J-Hope was actively involved in the making of Rush Hour as revealed by Crush to IU. He sent snacks to IU and her staff when he knew that Crush is going on that show to promote Rush Hour.

RRR gets support from Ant Man Writer Adam McKay
SS Rajamouli's RRR is getting continuous support from Hollywood press and fraternity. Adam McKay has said that it is a travesty that it got snubbed by India for the Oscars 2023 race. He said it would be a great if a screening could be held for RRR at the Rose Bowl.

Shakira opens up on split with Gerard Pique
It seems Shakira has described her split with partner Gerard Pique as one of the darkest hours of her life. They were together for 11 years. It seems she wants to protect her sons, Sasha and Milan. She is also working on new music in her studio.