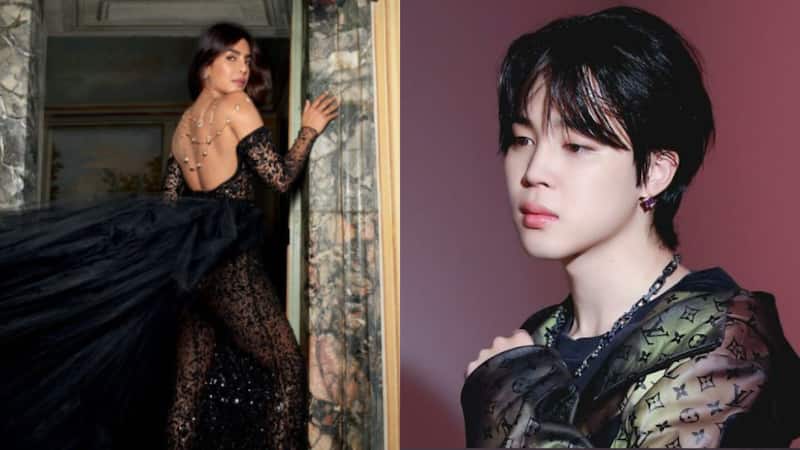 Priyanka Chopra to join Anthony Mackie in Ending Things
Big news for all fans of Priyanka Chopra. The actress is joining Marvel actor Anthony Mackie in the Hollywood movie, Ending Things. She was last seen as Sati in The Matrix Resurrections. The actress has Text For You lined up. Fans know Anthony Mackie as Falcon in movies like Captain America: The Winter Soldier, Ant-Man, Avengers: Infinity War and Avengers: Endgame amongst others. Ending Things, is supposed to be like the classic action flick True Lies. This has been reported by Deadline. Priyanka Chopra has completed work on Citadel with the Russo Brothers. Also Read - BTS' V aka Kim Taehyung teases ARMY with his muscles picture on Weverse; REVEALS the real reason of his long absence

BTS Jimin assures fans of good recovery
BTS member Jimin's health has been a cause of immense concern for all ARMYs. Yesterday, he took to Weverse and assured fans that he is doing well. Jimin said that he had eaten three meals in a day, and there was no loss of appetite. Jimin said he did be discharged soon from the hospital. He is in hospital where he is going through post-operative care for appendicitis. It seems he developed severe abdominal pain and had to be rushed to the emergency room. Jimin had positive for COVID-19. Also Read - Trending Hollywood News Today: Run BTS is back, Hailey Bieber talks about having kids with Justin Bieber and more

Rihanna flaunts baby bump in new picture
Singer Rihanna is expecting her first child with A$AP Rocky. In a new picture, we can see her baby bump. On February 2, 2022 we first got a glimpse of her baby bump. This is the new pic..