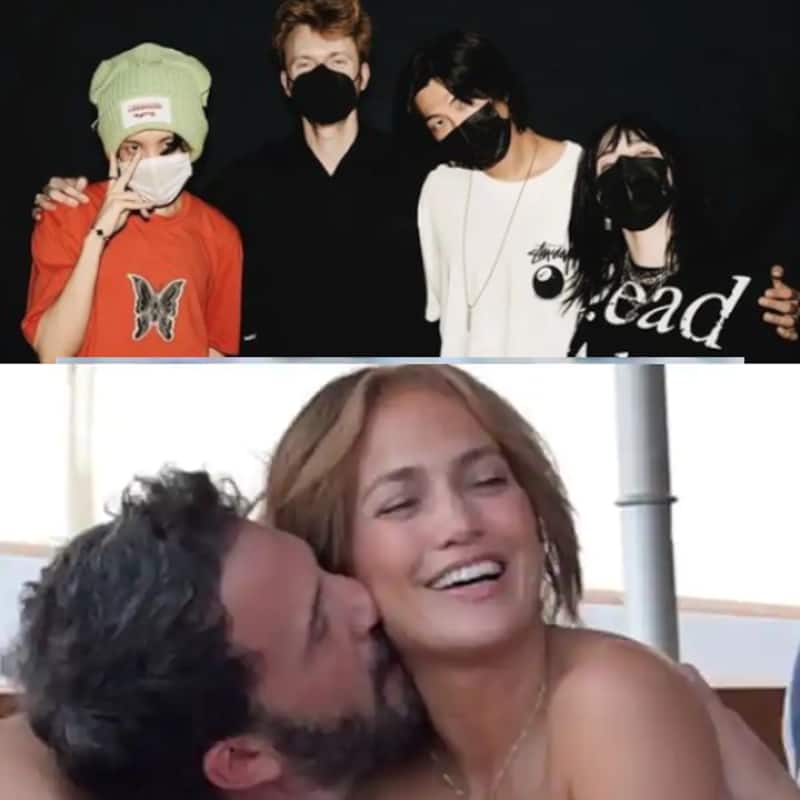 It is time to take a quick recap of all the top news from Hollywood. Jennifer Lopez and Ben Affleck who had a quiet church wedding a few days ago are now planning their 3-day extravagant event. Deets of the wedding are leaving everyone excited. K-pop boy band BTS also hit headlines as members like J-Hope and RM enjoyed Billie Eilish's concert and videos made their way to the internet. FRIENDS star Jennifer Aniston caught attention with her bikini-clad pictures. Check out the top news here. Also Read - BTS ARMY in Indonesia collects USD 30,000 in 24 hours to help survivors of the Kanjuruhan tragedy that left 131 people dead

Billie Eilish who is touring the world performing concerts recently gave an electrifying performance in South Korea's Seoul. The concert was also attended by BTS members J-Hope and RM. The videos and pictures serve as proof that the boy had crazy fun at the concert. They even posed for pictures with Billie. Also Read - Kim Taehyung-Jennie dating rumours: HD version of edited pic goes viral after BTS V shares video with his pet Yeontan; fans react [View Tweets]

All about Jennifer Lopez and Ben Affleck's 3-day wedding

As reported by Page Six, Jennifer Lopez and Ben Affleck are organising a 3-day affair to celebrate their big wedding. It is going to happen over this weekend. The main wedding even will reportedly take place on Sunday. A source informed the portal that Ben Affleck wants all the focus on Jennifer Lopez over their wedding functions. Also Read - BTS: Jungkook Nose Challenge leaves artist ARMY in tizzy; call him 'ninth wonder of the world' [View Tweets]

Kim Kardashian recently hit headlines for her breakup with Pete Davidson. Now, she seems to be getting over the split by enjoying a holiday. She is out vacationing with friends Sarah Howard and Natalie Halcro and is enjoying adventure sports too.

FRIENDS star Jennifer Aniston took to her Instagram account to share pictures from her beach vacation with Jason Bateman and his wife. She shared a few pictures from the trip and hoped that they could get transported to day. In the pictures, she could be seen rocking a black bikini.

As per the latest reports, A$AP Rocky has been charged for alleged assault in an alleged shooting case in Holywood. Los Angeles County District Attorney George Gascón read out the charges, as reported by Etonline. The County in a statement said, "Discharging a gun in a public place is a serious offense that could have ended with tragic consequences not only for the person targeted but also for innocent bystanders visiting Hollywood."