BTS member Jin, Priyanka Chopra, Kim Kardashian and other Hollywood stars made it to the headlines today. Scroll on to get all the top updates. 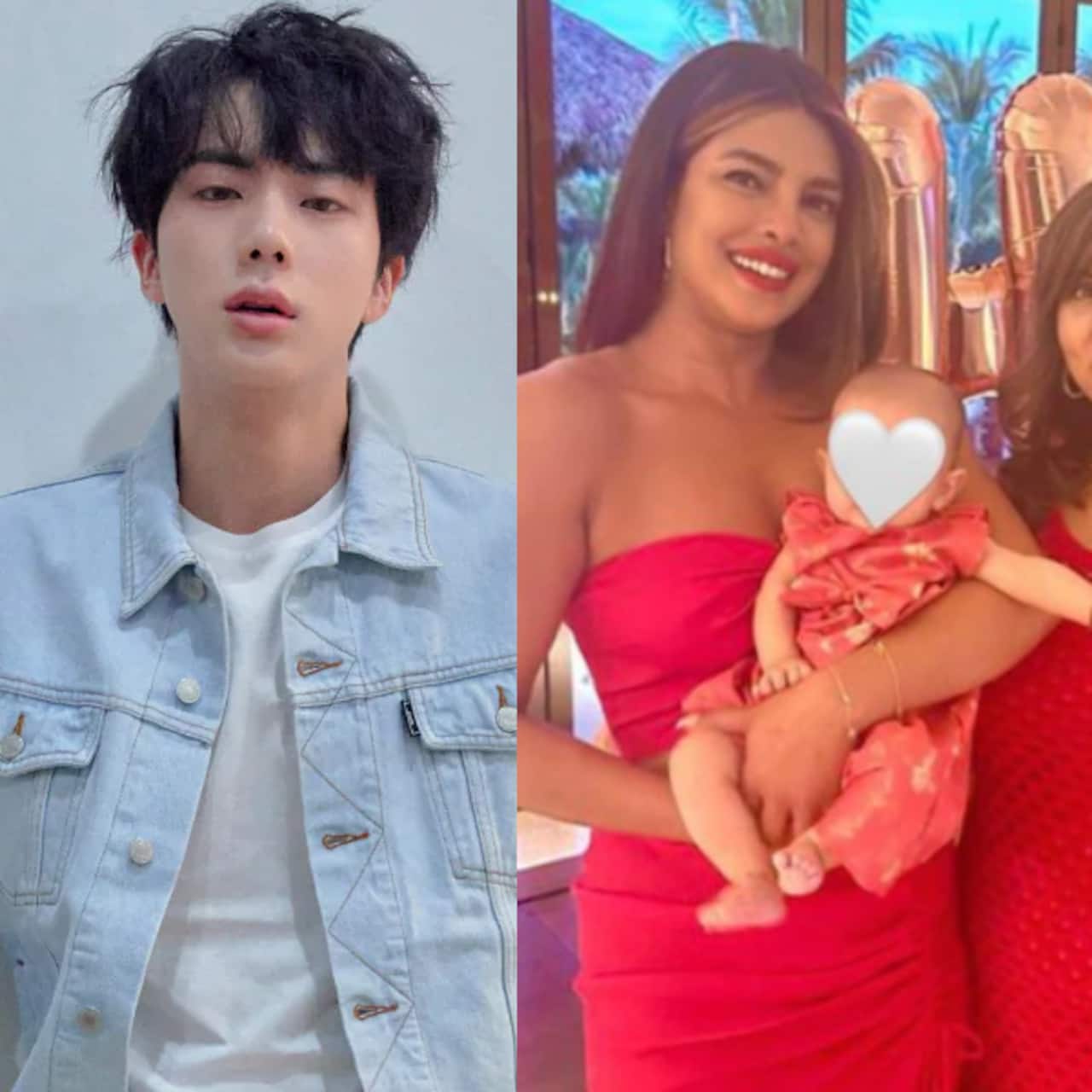 It is time to take a recap of all the top Hollywood updates. Among the biggest newsmakers of the day from Hollywood, BTS member Kim Seokjin aka Jin made the maximum noise. All his fans got super excited as the news of him making his acting debut went viral. Global sensation Priyanka Chopra too ruled the news circuit as a sweet picture of her with daughter Malti Marie Chopra Jonas made its way to the internet. For all the top updates, scroll on. Also Read - Priyanka Chopra gets fiercely protective about Malti being topic for gossip, reveals why she opted for surrogacy amidst brutal trolling

Kim Nam Gil mentioned he has worked with Seokjin in his recent interview with Cosmopolitan!!

Are we finally getting Actor Jin?? ?

Priyanka Chopra's picture with baby Malti
Nick Jonas and Priyanka Chopra welcomed their daughter through surrogacy. They have not revealed the face of their daughter as yet. As Priyanka turned 40 recently, a picture of her holding her daughter has gone viral. Also Read - Kim Kardashian shells out Rs 1.6 crore for the Attallah Cross pendant once worn by the late Princess Diana

Kim Kardashian's generous gesture at a restaurant
Kim Kardashian is chilling with boyfriend Pete Davidson in Australia and she made a waiter's day by giving a generous tip. She paid a tip of Rs 46,000 which is approximately $576. The waiter revealed the bill through a social media post.

Ricky Martin case update
Ricky Martin got entangled in a controversy after his nephew claimed that they had sexual relationship for almost seven months. He claimed that Martin stalked and harassed him after he broke off their arrangement, as reported by ET Canada. Now, Ricky Martin is going to appear in the court to deny all the allegations.