From Kim Kardashian to BTS member Jungkook, Julia Roberts and more - Here's looking at all the big and interesting updates from Hollywood. 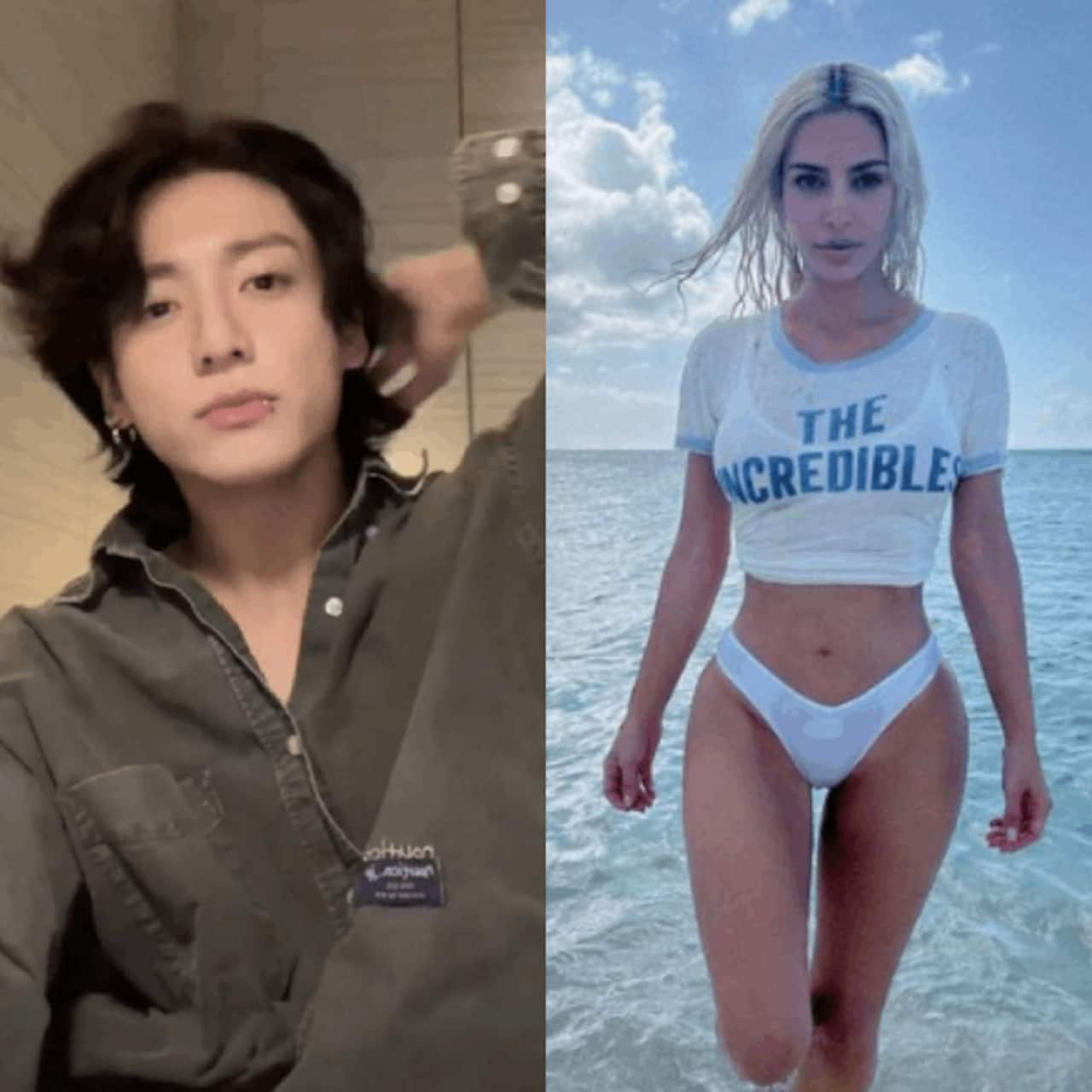 Here is a quick roundup of all the top updates from Hollywood. We all love K-pop boy band BTS and fans can never get enough of the septet. Today, it is Jungkook who has managed to get the attention of all the fans. Apart from him, the reunion of Kim Kardashian's exes like Kanye West and Ray J also got everyone talking. George Clooney and Julia Roberts are also hitting the headlines thanks to their movie Ticket To Paradise. So without any further ado, here's taking a look at all the big and entertaining updates. Also Read - BTS: Jungkook does Live with ARMYs for more than four hours; fans get TaeKook moments, drunk Namjoon proposes marriage [Main Highlights]

BTS member Jungkook shared a video wishing his friend Jimin on his birthday. But the fans could not stop gushing over his incredibly good looks. His long hair and charm left fans captivated and how! Also Read - BTS: Kim Taehyung aka V shows off his plating skills like a pro in 'Seo Jin's' cooking show; promo makes ARMY super excited [Watch Video]

Check out Jungkook's video below:

I woke up to Jungkook looking like a snaccc, sighing every now and then, licking his lips. I thought he had some imp announcement to make, but the whole video was for Jimin!!! ? pic.twitter.com/Tpv8tXumOD

At the red carpet of Candace Owens’ documentary, The Greatest Lie Ever Sold: George Floyd & The Rise of BLM, in Nashville, fans were surprised to see Kanye West and Ray J posing together for shutterbugs. Both of them have been linked to Kim Kardashian in the past. As reported by Page Six, the stars kept distance from each other over the event. Also Read - BTS: An ARMY visits Golconda Fort and finds Jimin and BTS fanchant written on the wall; pics go viral

Brad Pitt and Emily Ratajkowski - are they dating?

Rumours have it that something is brewing between Brad Pitt and Emily Ratajkowski. However, in an interview with Variety, the model confirmed her relationship status. She stated that she is 'newly single'.

Why have George Clooney and Julia Roberts never dated each other?

In an interview with Accessonline.com, George Clooney and Julia Roberts who recently teamed up for Ticket To Paradise revealed why they never dated each other. George Clooney said that it appered to be the right thing to do. He also said that Julia always was in a relationship and then he used to be in relationship. And they remained to be good friends.