BTS' Suga, Kim Kardashian, Gigi Hadid, Leonardo DiCaprio and other Hollywood stars remained to be the headlines today. Read on. 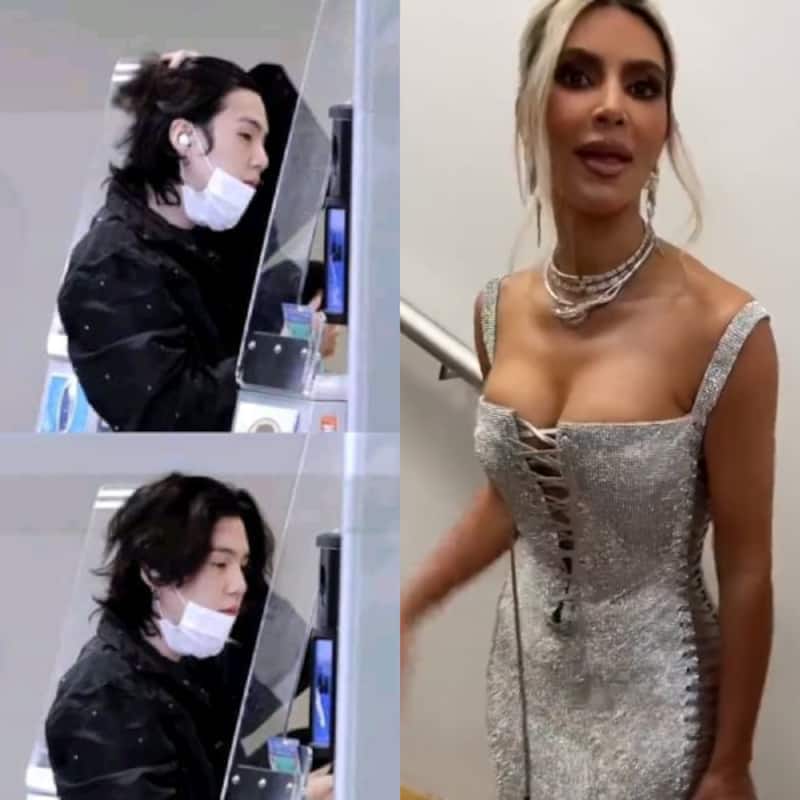 Here are all the top updates from Hollywood so far. Many stars made turned out to be the newsmakers of the day. The major update was about BTS member Suga. The handsome hunk of the Korean boy band left everyone gushing hard with his cool new look. Another celebrity who grabbed attention was Kim Kardashian. A video of her has gone viral on the internet that shows her struggling in a tight bodycon gown. Gigi Hadid and Leonardo Dicaprio's alleged love affair is also grabbing a lot of attention. So here are the top updates from Hollywood News. Also Read - Kim Kardashian REACTS to allegations of pedophilic representation in a brand campaign involving children; says, 'As a mother of four...'

BTS members are trendsetters and they are always in the news for the fashion sense. This time it is Suga who has grabbed everyone's attention. The star was papped at the airport as he left for Japan. His long hair look was loved by all his fans. Also Read - Bhumi Pednekar, Janhvi Kapoor and more Bollywood DIVAS who were called Kim Kardashian of India [View Pics]

this is kinda crazy idk.... pic.twitter.com/tM9q0nVSAF

A reality TV star Kim Kardashian was papped at Milan Fashion Week. She stunned in a silver bodycon gown. A friend however shared a video in which Kim Kardashian could be seen struggling to climb stairs. Netizens are trolling her and how over this. Also Read - Halloween 2022: Kim Kardashian turns Mystique, Kylie Jenner opts to be the Bride of Frankenstein and more — Kar-Jen sisters were on fire [VIEW PICS]

I hope Kim Kardashian keeps wearing dresses that are so tight she can’t walk up stairs in them because then maybe we’ll get more wheelchair ramps and elevators. https://t.co/h51mhgDnVO

Gigi Hadid and Leonardo DiCaprio's alleged love affair is keeping everyone hooked. Amidst all the rumours, the two stars were reportedly attended the Milan Fashion Week. Though they were not papped together, they reportedly were at the event in which Gigi walked the ramp for Versace.

It all started with 365 days star Michele Morrone sharing a picture with Khloe Kardashian on Instagram. However, as reported by TMZ, the two stars are not romantically involved with each other.

On Call Her Dabby, in an interview with Alexandra Cooper, Hailey Baldwin Bieber opened up on the hate she received as people said that she stole Justin Bieber from Selena Gomez. She mentioned that people should know the truth.She was quoted saying, "I've literally never talked about this, ever. A lot of the hate and the perpetuation comes from like, 'Oh, you stole him!' It's about people knowing the truth—because there's a truth."