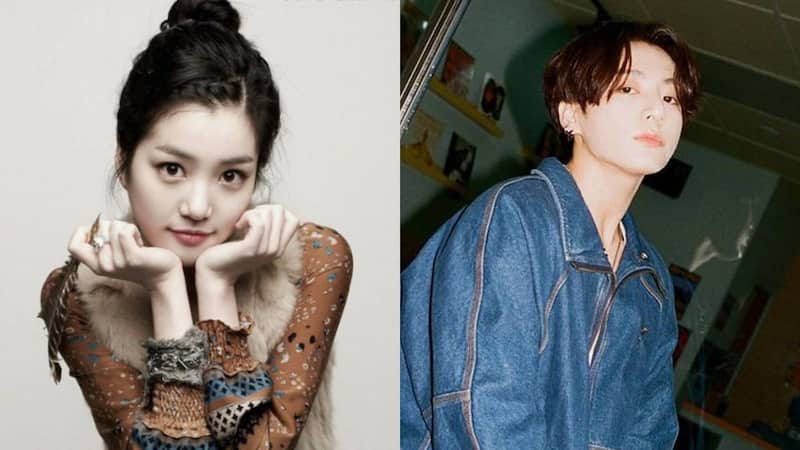 BTS and Y-Bloom agencies were super quick to shut down rumours of Jungkook dating actress Lee Yoo Bi of Yumi’s Cells fame. The rumours began after some random Korean YouTuber made a video on how they were doing ‘Lovestagram’ and identical stuff. Big Hit Music has said legal action will be against malicious rumours on the Bangtan Boys. On the other hand, Julia Roberts proved she will be a forever crush as she rocked a pink monokini on the beaches of Sydney. Fans of Tom Holland-Zendaya are having fun with memes after the star liked a post that said short men enjoyed sex more. Read for more details… Also Read - BTS’ Kim Taehyung-Jennie dating rumours: BLINKS get restless as 15 people form a group to ‘politely’ approach the Blackpink rapper

BTS Jungkook dating Yumi's Cells actress Lee Yoo Bi?
BTS fans woke up to the report that Yumi's Cells actress Lee Yoo Bi has denied dating Jungkook. Well, a YouTuber had done a video saying that the two were secretly seeing one another since a while now. The content creator referred to some identical bracelets and Lovestagram, which similar looking posts. The person also said that Lee Yoo Bi's sister and Jungkook's elder brother were following one another on social media. Well, the actress' agency has denied the rumours saying that she does not know the Euphoria singer personally. It seems she is laughing at the gossip doing the rounds on social media. It seems Big Hit Music and her agency have dismissed the gossip, with the former warning strict action against malicious gossip against the Bangtan Boys. It seems the only member Lee Yoo Bi knew is SUGA but she had met him personally long time ago. Also Read - BTS: Jimin gets death threats from a Kim Taehyung-Jungkook stan; ARMYs slam the toxic shippers [view tweets]

Julia Roberts' swimsuit pics from Australia go viral
The actress' pics from Sydney's beach in a neon pink monokini are going viral. Julia Roberts who is 54 looked absolutely stunning. She is there for the filming of Ticket To Paradise. The actress was there with her husband, Tom Moder and three kids. Her co-star in the movie is her good friend, George Clooney.

Spider-Man actor Tom Holland likes racy post
Spider-Man No Way Home actor Tom Holland has liked a post that says that short men like more sex. This has sparked off a lot of conversation. As we know, he is dating his co-star Zendaya for two years. He is a couple of inches shorter than her. The actor has often been asked about the height difference.

The other news is that India is celebrating Kim Taehyung of BTS' birthday in a big manner in cities like Kolkata and Delhi.