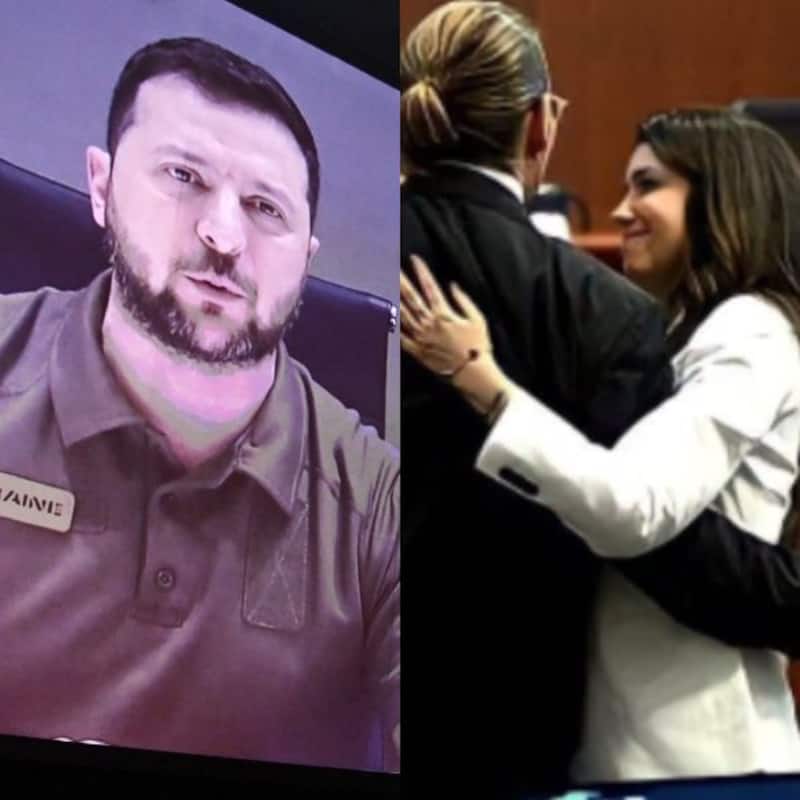 Johnny Depp, Amber Heard, Volodymyr Zelenskyy, Tom Cruise, Jennifer Connelly, Dakota Fanning and others are among the top newsmakers of today from Hollywood. If you have had a busy day and want to know what happened in the world of entertainment, you are at the right place. Johnny Depp hugs his lawyer Camille Vasquez while Amber Heard storms off, Volodymyr Zelenskyy quotes Charlie Chaplin in Cannes 2022 address and other such stories are a part of our trending Hollywood news. So read on to know more about our Hollywood newsmakers of the day. Also Read - Fawad Khan’s appearance in Ms Marvel breaks the internet; fans say, ’India and Pakistan can agree only on one thing’

Volodymyr Zelenskyy quoted Charlie Chaplin in his Cannes 2022 address. He said, “The hate of men will pass, and dictators die, and the power they took from the people will return to the people. And so long as men die, liberty will never perish.” Also Read - Bade Achhe Lagte Hain 2 upcoming twist: Netizens feel 'forced-hate' between Ram aka Nakuul Mehta and Pihu should end soon [View Tweets]

Tom Cruise’s entry at Cannes was quite dramatic. He arrived in a navy helicopter for the world premiere of Top Gun: Maverick. He posed with Jennifer Connelly.

Dakota Fanning uses her dead dog’s hair for a necklace

Dakota Fanning is seen wearing a necklace with her dead dog's hair. She said that it lets her “have her with me". She said this on The Kelly Clarkson Show.

The League of Extraordinary Gentlemen to have a reboot

2003’s dieselpunk superhero film The League of Extraordinary Gentlemen is all set to have a reboot. According to a Deadline report, BAFTA nominee Justin Haythe will adapt the script this time around.