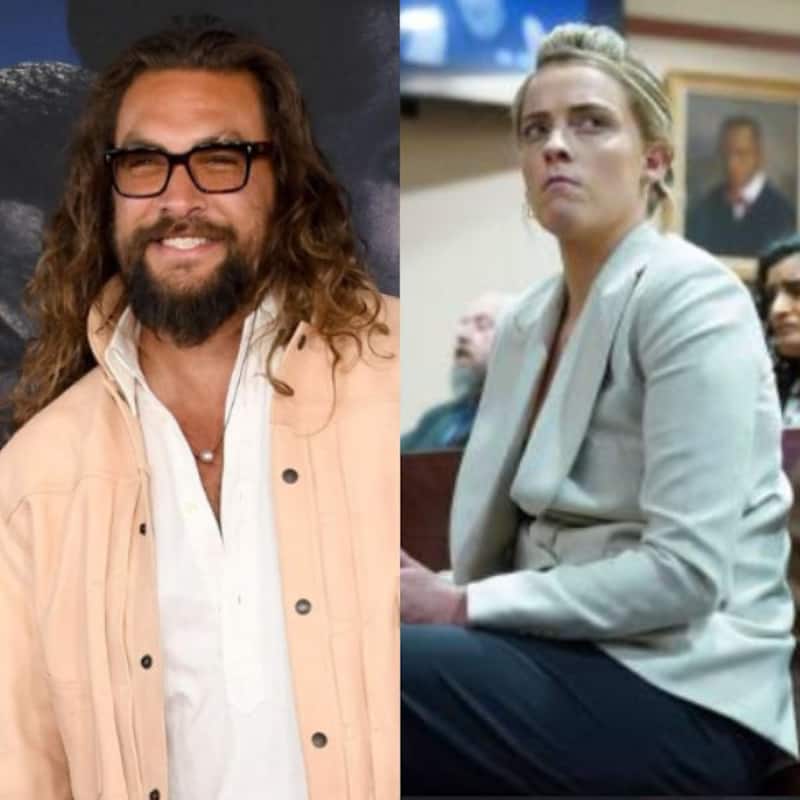 The Johnny Depp and Amber Heard case is getting all the eyeballs. Whitney Henriques, the sister of Amber Heard, spoke about the staircase incident where Johnny Depp allegedly grabbed her by the hair and smacked her across the face. Camille Vasquez was also asked about dating rumours with the Pirates of the Caribbean superstar. Aquaman star Jason Momoa is dating Eiza Gonzolez months after his divorce from wife, Liza Bonet. Here is a recap... Also Read - Ghum Hai Kisikey Pyaar Meiin cast salary: Ayesha Singh, Neil Bhatt, Aishwarya Sharma and other actors' pay per episode will leave you in shock

Johnny Depp-Amber Heard Case Highlights
Amber Heard's sister Whitney Henriques took to the stand to speak about the incident that happened at the penthouse. She said that things were good when Johnny Depp was sober but they had a volatile relationship when he was under the influence of alcohol or drugs. She said that in 2015 they had a fight when he kind of pushed her. Amber Heard hit him on the face and both of them got into a physical brawl. Depp's bodyguard had to come and separate the warring couple. She said that she lived in the same place for a few months, and acted as their marriage counsellor. Henriquez was quoted as saying, "But by that time Johnny had already grabbed Amber by the hair with one hand and was whacking her repeatedly in the face with the other." Also Read - Akshay Kumar, Kangana Ranaut, Shahid Kapoor and more stars' biggest money losers at the 2022 box office

Camille Vasquez responds to dating rumours
Johnny Depp and his lawyer Camille Vasquez seem to have something special as per social media. When Camille Vasquez was exiting the courtroom, she was asked if the gossip was indeed true. She just smiled at the media and left. Also Read - Koffee with Karan 7: Ranveer Singh takes a dig at Alia Bhatt after she makes a blunder when asked about her marriage with Ranbir Kapoor

Jason Momoa and Eiza Gonzolez romance gets attention
Aquaman star Jason Momoa and Eiza Gonzolez have been dating quietly since a while now. This was reported by HollywoodLife.com. It seems the actress is very excited about this budding relationship. The actor split from his wife Liza Bonet in January 2022. It seems the star is still making a transition from being a married man to a single one.

Taylor Swift gets a doctorate from New York University
Taylor Swift has got a degree in the Fine Arts from the New York University. Her speech was gone viral and how. She said, "Hi, I’m Taylor. Last time I was in a stadium this size, I was dancing in heels and wearing a glittery leotard. This outfit is much more comfortable."

Alia Bhatt shares post on Heart Of Stone
Alia Bhatt is flying off to the UK for Heart Of Stone. The actress wrote, "And off I go to shoot my first ever Hollywood film!!!! Feel like a newcomer all over again - sooooo nervous!!!!" Her sister Pooja Bhatt wished her luck saying that the world was her playground now. Gal Gadot is part of the Netflix film.

Read More: Heart of Stone: Alia Bhatt extremely nervous as she begins shooting for Hollywood debut; feels like a newcomer