Trending Hollywood news today: BTS’ Indian fans confess their love for RM in the most adorable way, Rihanna drops lawsuit against father for misusing her name and more

Among the newsmakers today, we have BTS, Rihanna, Jennifer Aniston, Kanye West and more. 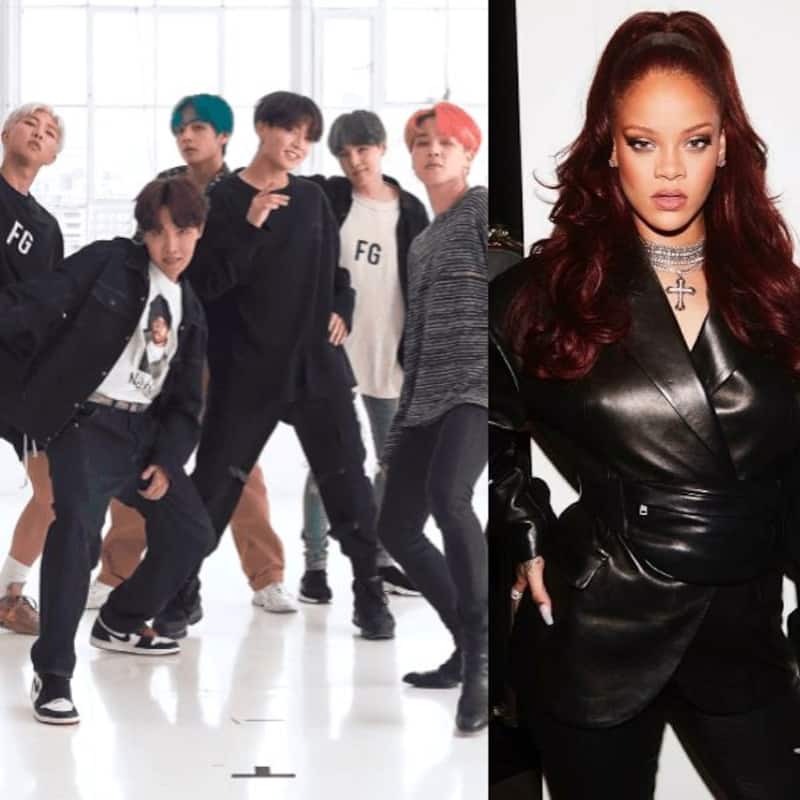 The day is about to end but not without your daily dose of trending Hollywood news. Among the newsmakers today, we have BTS, Rihanna, Jennifer Aniston, Kanye West and more. So without any further delay, here's a look at the top stories from Hollywood. Also Read - BTS x Stranger Things fans make edits of J-Hope's More with the creepy series and they are Lit AF

BTS’ Indian fans confess their love for RM in the most adorable way
BTS leader RM is known for being emotional, honest and very entertaining when he is interacting with fans. So when he got chatty with fans on social media platform Weverse earlier this week, we know there would be moments that will truly make our hearts go awww. Also Read - BTS: Did Kim Taehyung make a cameo in J-Hope's More MV? ARMY gets into Sherlock mode [View Tweets]

Jonas Brothers' new single 'Who's In Your Head' to release on Sep 17
The Jonas Brothers are gearing up to release their new single 'Who's In Your Head'. The brothers, who are currently on their 'Remember This Tour', premiered the new song while performing at the Red Rocks Park and Amphitheatre in Colorado. The group posted a video on TikTok featuring concert footage of them performing the unreleased track at Red Rocks, along with some information in the caption to hold their fans over. The trio wrote, "Right now you're listening to our new song...we just performed it for the first time at Red Rocks on the Remember This tour. The song is called 'Who's in Your Head' and it drops on September 17th!," according to Billboard.com.

Rihanna drops lawsuit against father for misusing her name
Rihanna has dropped a lawsuit against her father Ronald Fenty, who previously was alleged to have been misusing her name for his own benefit. Court documents viewed by Complex show that Rihanna, alongside her company Roraj Trade LLC and Combermere Entertainment Properties, filed a stipulation of dismissal of the entire lawsuit on September 7. The suit had named Fenty Entertainment LLC, a California-based company, as well as Ronald Fenty and Moses Joktan Perkins.

Jennifer Aniston launches vegan hair care line
Hollywood star Jennifer Aniston has launched her new vegan beauty business after teasing the line earlier this month. The former 'Friends' star previously shared a photo of her luscious locks from behind, captioning it "something's coming", the "excited" businesswoman shared the first item from the line, named 'Lolavie', which will be available for purchase, reports aceshowbiz.com.