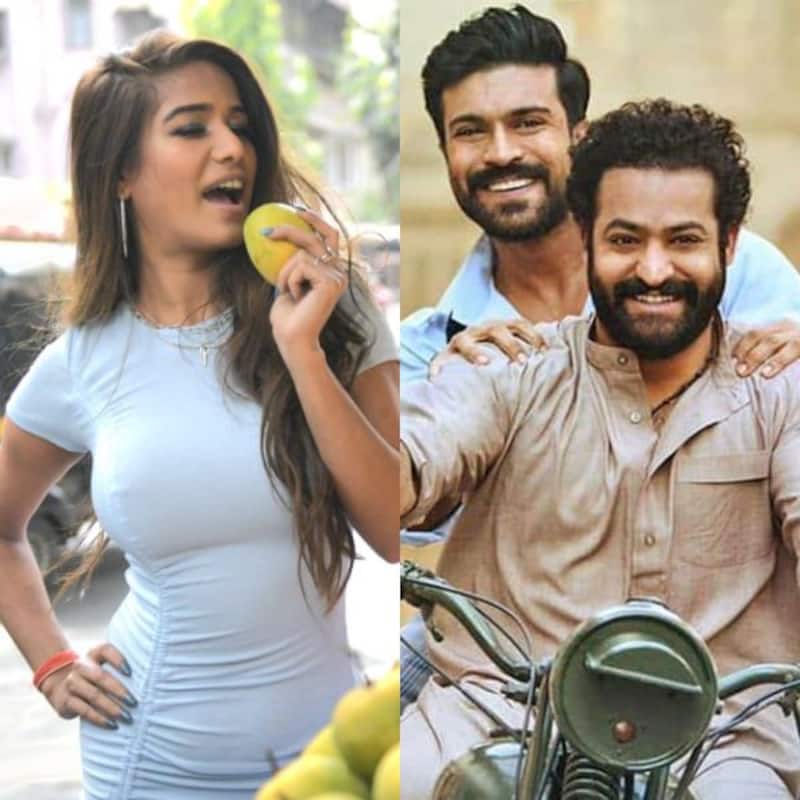 From Poonam Pandey's lusty gesture while buying mangoes and RRR Hindi's digital premiere date to Virat Kohli turning coach for Anushka Sharma, Chris Hemsworth's Spiderhead trailer and Suhana Khan's fitness trainer goes gaga over The Archies debutante – it's time to take a look back at all that went down in the web world today, 17th May. Here's all what grabbed headlines to make it to the trending OTT news today... Ergo, it's time to make a note of the biggest newsmakers from the digital space who've made it to the trending OTT news today. Also Read - Trending South News Today: Vijay Deverakonda-Rashmika Mandanna to team up again, Aishwarya Rai Bachchan looks stunning in Ponniyin Selvan new poster and more

So, without further ado, here are the OTT newsmakers of 17th May 2022:

Lock Upp fame Poonam Pandey is getting slammed on social media for her suggestive, lascivious gestures while buying mangoes in a market, leaving very little to the imagination. The video has gone viral like wild fire. Watch it below... Also Read - Bade Achhe Lagte Hain 2 upcoming twist: Netizens feel 'forced-hate' between Ram aka Nakuul Mehta and Pihu should end soon [View Tweets]

RRR broke many records at the box office, and now, the Ram Charan, Jr. NTR, Alia Bhatt and Ajay Devgn starrer is all set for its digital premiere. While the South versions will release on ZEE5 on 20th May, the Hindi version of S.S. Rajamouli's film will be made available on another OTT platform on another date. Check out below when and where you can watch...

Read the full story here: RRR Hindi version to premiere on this OTT platform on THIS date

Chakda Xpress will mark Anushka Sharma's acting comeback, and she recently revealed how husband and Indian men's cricketing legend Virat Kohli is helping her prep up for the role of Indian women's cricketing icon Jhulan Goswami.

Netflix has launched the official trailer and key art of their upcoming film, Spiderhead, which releases on 17th June. Chris Hemsworth also serves as the producer of Spiderhead, which is a genre-bending and darkly funny psychological thriller, based on The New Yorker short story by George Saunders, revolving around a state-of-the-art penitentiary run by brilliant visionary Steve Abnesti (Hemsworth), where inmates wear a surgically attached device that administers dosages of mind-altering drugs in exchange for commuted sentences. There are no bars, no cells, or orange jumpsuits. In Spiderhead, incarcerated volunteers are free to be themselves, until they’re not. At times, they’re a better version. Need to lighten up? There’s a drug for that. At a loss for words? There’s a drug for that, too. But when two subjects, Jeff (Miles Teller) and Lizzy (Jurnee Smollett), form a connection, their path to redemption take a twised turn, as Abnesti’s experiments start to push the limits of free will altogether. The Netflix film, directed by Joseph Kosinski (Tron: Legacy, Top Gun: Maverick), and written by Rhett Reese and Paul Wernick (Deadpool, Zombieland), stars Chris Hemsworth, Miles Teller, Jurnee Smollett, Mark Paguio and Tess Haubrich.

Suhana Khan's fitness trainer in awe over The Archies debutante

As Suhana Khan gears up for the release of her debut film The Archies, her fitness trainer, Rupal Sidhpura Faria, recently went gaga over Shah Rukh Khan's daughter's sheer display of physical strength during her yoga session, particularly how she nailed the Kakasana or Crow Pose like a pro only after a few sessions, and decided to share the pics with the world. Take a look here...