'Was that Will Smith?' Chris Rock takes a sly dig at his Oscars 2022 slapgate after comedian Dave Chappelle gets attacked on stage

After the attack, Chris Rock joined Dave Chappelle on stage to check if he's alright and quipped, "Was that Will Smith?", which was followed by a loud cheer and applause from the audience. 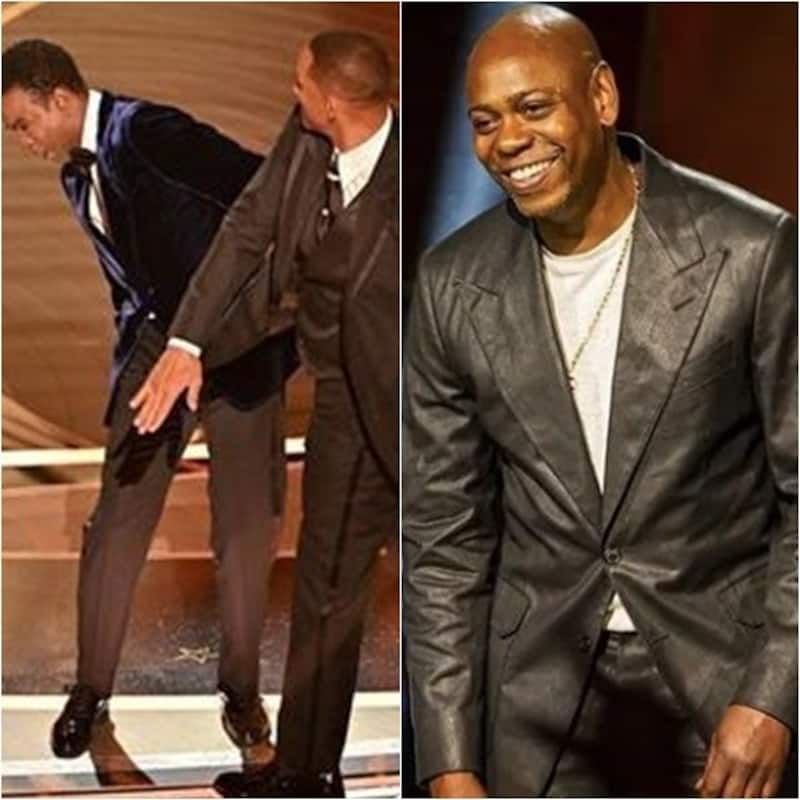 Comedian Dave Chappelle was attacked on stage while performing a comedy set during the streaming giant's Netflix Is a Joke festival in Los Angeles last night. And comedian Chris Rock seized the opportunity to take a sly dig at his Oscars 2022 slapgate involving Will Smith. The Pursuit of Happyness actor hit the headlines because of the incident at the Oscars where he assaulted comedian Chris Rock after the latter made fun of Smith's wife Jada Pinkett Smith's bald head. Also Read - Hollywood News Weekly Recap: Amber Heard, Johnny Depp fight continues; BTS hiatus; Zendaya-Tom Holland pregnancy reports

A video footage circulated during Dave Chappelle's comedy set shows a man rushing on to the stage and tackling the performer to the ground. The attacker was seen getting up and trying to run off stage before he was caught and tackled by what appeared to be security personnel and members of Chappelle's team. After the attack, Chris joined Dave on stage to check if he's alright and quipped, "Was that Will Smith?", which was followed by a loud cheer and applause from the audience. Also Read - Hollywood News Weekly Recap: Johnny Depp parties with Kate Moss, BTS at White House, Shakira catches BF cheating and more

After Chapelle got attacked, Chris Rock came on stage and hit us with possibly the joke of the year “was that Will Smith?” pic.twitter.com/ldWQ3h0eln

After the Oscars 2022 slap incident, Will took to Instagram to apologise to Chris. The actor has been banned from attending any Academy event for the next 10 years, including the Oscars. He had won the Best Actor award for King Richard. Also Read - Oscars 2022 slapgate: Jada Pinkett Smith wants Will Smith, Chris Rock to reconcile; says, 'We need them both'

Post the incident, Will was spotted at the Mumbai airport. His visit to India has assumed significance in light of reports of Smith's marital troubles. Reports said that Will was in India to meet spiritual leader Sadhguru, following the incident at the Oscars. He was seen interacting and laughing with people around. As per reports, he was staying at the JW Marriott Hotel in Juhu.