'You're next': JK Rowling gets death threats after she condemns attack on Salman Rushdie

JK Rowling received death threats on Twitter after she condemned the brutal attack on her fellow British author Salman Rushdie who was stabbed up to 15 times at a conference near Buffalo in New York, where he was about to give a lecture on free speech. 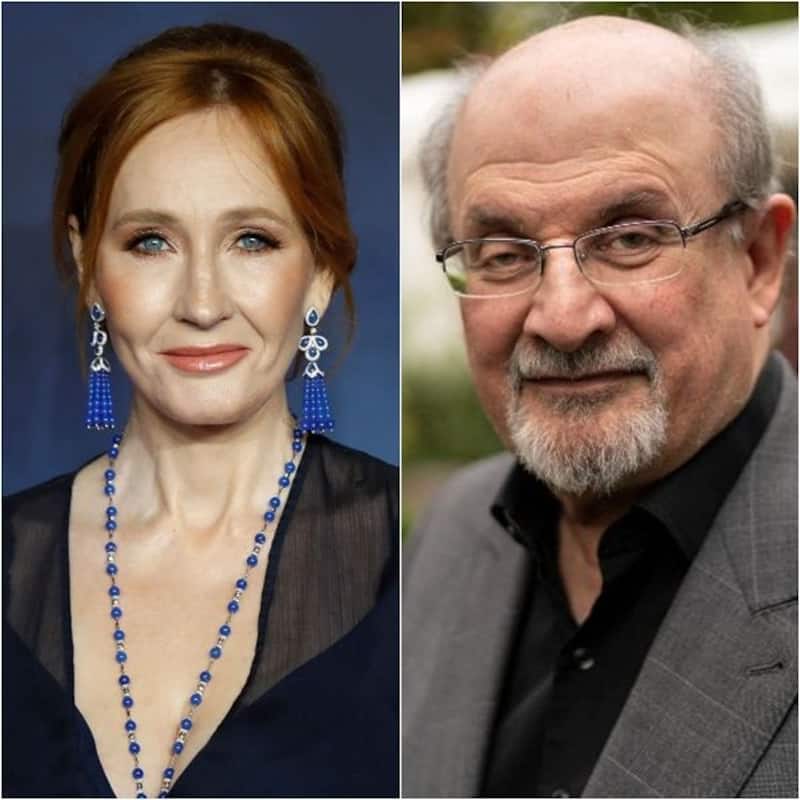 JK Rowling, who is known for penning the much-loved series of seven Harry Potter novels, received death threats after she condemned the brutal attack on her fellow British author Salman Rushdie. The public threat reportedly came from an Iran-backing extremist, as per IANS. Also Read - Johnny Depp-Amber Heard bitter trial: From Kate Moss to JK Rowling - 7 women who are in support of the Pirates of The Caribbean star

On Friday night, Rowling had taken to Twitter to express her horror at the attempt on Rushdie's life. The authorities said the author was stabbed in the neck and in the abdomen on stage at the event held in the Chautauqua Institution by the 24-year-old male identified as Hadi Matar from Fairview, New Jersey. Also Read - Harry Potter and Peaky Blinders actor Helen McCrory passes away at 52 after battling cancer

According to Deadline, Rowling publicly asked Twitter to intervene, asking @TwitterSupport, "Any chance of some support?" but Aziz's post currently remains in place. He had previously described the man arrested for attacking Rushdie's, Hadi Matar, as a "revolutionary Shia fighter".

.@TwitterSupport any chance of some support? pic.twitter.com/AoeCzmTKaU

To all sending supportive messages: thank you ?
Police are involved (were already involved on other threats).

.@TwitterSupport These are your guidelines, right?

"Violence: You may not threaten violence against an individual or a group of people. We also prohibit the glorification of violence...

"Terrorism/violent extremism: You may not threaten or promote terrorism..." pic.twitter.com/BzM6WopzHa

This latest threat to Rowling follows the attack on Salman Rushdie, who was stabbed up to 15 times at a conference near Buffalo in New York, where he was about to give a lecture on free speech. Rushdie's agent revealed that the author is currently off the ventilator and is able to talk. Rushdie looked to be in danger of losing the use of an eye, suffered nerve damage to his arm, and suffered harm to his liver.