Aishwarya Sakhuja: Cool to kiss in movies but not TV! 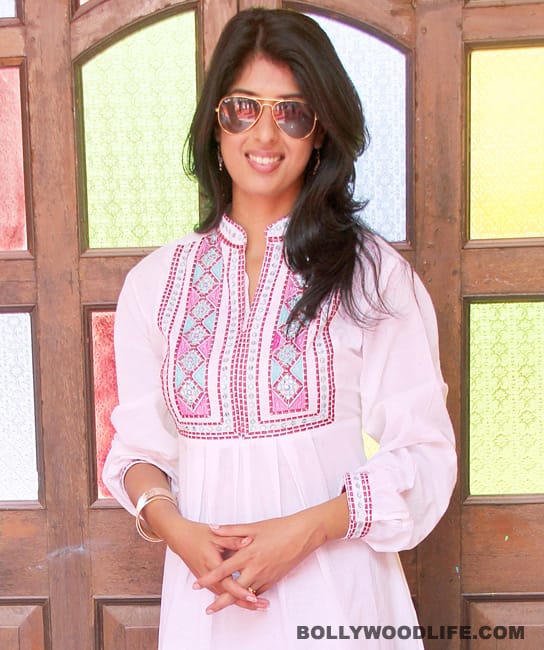 Sony TV's Bade Acche Lagte Hain set a new milestone in Hindi television with it's long bedroom scene a couple of weeks ago. The channel followed it up with a not-so-intimate love scene in Kya Hua Tera Vaada. The same channel also airs Saas Bina Sasuraal. The family drama is one of the more sedate, circumspect shows on television with Aishwarya Sakhuja playing the ideal, quite traditional daughter-in-law Toasty. She doesn't even get intimately close to her husband Tej. Why is that, you wonder? Also Read - Dhanush and Aishwarya to Dulquer Salmaan and Amal Sufiya: 5 South celebrities who had an arranged marriage

When quizzed about whether she would lock lips on screen the way Ram Kapoor and Sakshi Tanwar did in Bade Acche Lagte Hain, Aishwarya told IANS that she has no problems doing so. "I am comfortable kissing. There's no harm in it," said Aishwarya. The Army kid and former model, however, has a few conditions. "I will not kiss if the show airs in prime time as people of different age groups will get exposed to it. I will do it only if the show is being aired in an adult or late night slot. For movies, I am all cool to kiss." SBS airs weeknights at 9pm so we guess we won't be seeing Tej and Toasty making their life sexciting. Thank God for small mercies! Also Read - Birthday Special: Check out Jaya Bachchan’s unseen pictures with Amitabh Bachchan, Abhishek, Aishwarya and others