Amitabh Bachchan: My life has been blessed 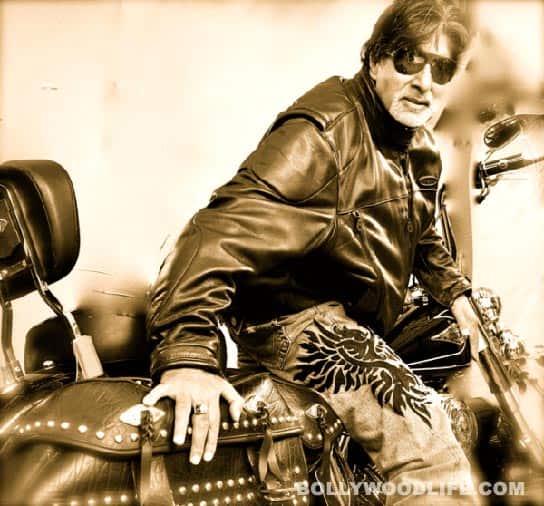 Amitabh Bachchan, who turned 69 Tuesday and is the busiest entertainer in the country, says there are still many things that cross his mind which he feels he should be doing

"There are many things that cross my mind which I feel I should also be doing. Someday perhaps I shall find time for them too," Amitabh said in an interview. Asked whether the excitement of becoming a grandfather has sunk in yet, he quipped: "Yes, long ago." Abhishek Bachchan and Aishwarya Rai Bachchan are expecting their first child soon. The megastar also said he finds his life unworthy of biographical documentation by him. "My life has been blessed and I am ever grateful to the Maker and my parents for giving me that. Beyond that I find it unworthy of biographical documentation." Excerpts from the interview: Also Read - Friendship Day 2021: From Shah Rukh Khan-Salman Khan to Priyanka Chopra-Kareena Kapoor – 7 Bollywood BFFs who turned foes and then became friends again

This year your birthday is also special because there is a new member of the household on the way. Does the excitement of that new arrival add a special sparkle and sheen to your birthday this year? Also Read - When Sonu Sood reminded Aishwarya Rai Bachchan of Amitabh Bachchan while working in Jodhaa Akbar; here's what happened

Everyday is special, every birthday therefore is special - for those born and those yet to be born. Also Read - Trending Entertainment News Today – BTS' Jin is all set to become an uncle soon, Rakeysh Omprakash Mehra burnt a script after being unable to launch Abhishek Bachchan?

Has the excitement of becoming a 'Dadajee' (paternal grandfather) sunk in yet?

At 69, you continue to be the busiest entertainer in this country with an engagement diary that challenges the 24 hours granted to a day. Are you able to do all the things that you would like to?

Not entirely! There are many things that cross my mind which I feel I should also be doing. Someday perhaps I shall find time for them too.

Are there any unfulfilled desires? What have been the most important events of the past one year?

I hope there are unfulfilled desires within me but to say what they shall be is difficult to put a finger on. I can tell you what is important for me today, not what has been important for me in this past year. That I shall not be able to remember. And that is how I would like it to be.

The name Amitabh Bachchan means many things to many of us. What does it mean to you?

My name given to me by my parents.

You are often asked why you don't write your autobiography. Now that you are putting your thoughts on your blog wouldn't you like to put the story of your life together?

My life has been blessed and I am ever grateful to the Maker and my parents for giving me that. Beyond that I find it unworthy of biographical documentation.

You've been shooting regularly for Kaun Banega Crorepati 5 (KBC). How has television influenced your entire perception of mass entertainment?

Television has been a huge revelation for me. Its reach, its value, the impact it creates, have all been a great learning exercise. I had been involved in its functioning long before it became so big in India. It is a most influential medium and has now become the mainstay of most entertainment in this country, out-beating cinema. Its immediacy in today's time of rapid and instant communication is its greatest asset. It is tedious and exhausting but a most satisfying creative medium for me, as I am sure it must be for many others that contribute to it.

What are the films that you have signed or are about to sign?

I have not signed any new project, in the real sense of the word. But yes, there are many that are under discussion. It would not be ethical to talk about them until those formalities are executed.

Finally, what are the things that you'd like to change in your own life and in our country this birthday?

Why a birthday to think of making changes? If one strongly feels about them any and every day day is good. My life is as I said, satisfactory beyond my hoped imagination, but for the country I would wish for it to progress much beyond its cliched label of a 'third world country'. I want it to be the 'first', not 'third'!!