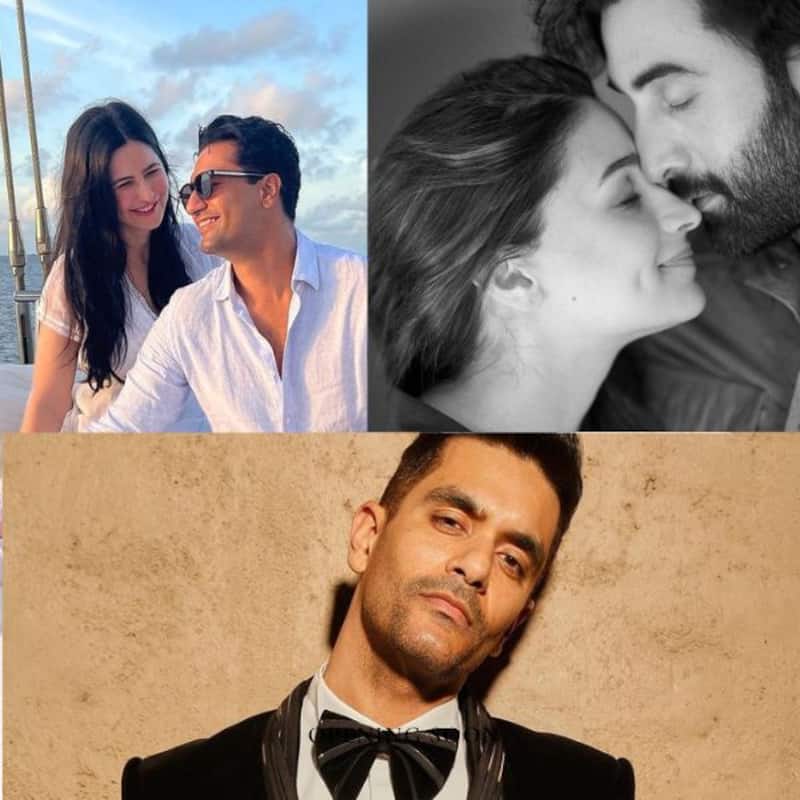 Angad Bedi feels that maintaining relationships with people is very important as man is a social animal. He feels that we live in a society where the more you explore the better you get. That's how you widen up your horizon. Personally, we take things for granted. His latest offering is The List which has been directed by Gaurav Dave and also has his Pink co-star Kirti Kulhari. He feels that the more one spreads happiness, the more one can get as living in isolation can make one feel caged. Talking about relations, he gave a piece of beautiful advice to newlyweds Vicky Kaushal- Katrina Kaif, Alia Bhatt and Ranbir Kapoor? Also Read - Jhalak Dikhhla Jaa 10: Nora Fatehi wipes a tear after Sriti Jha's emotional act on Pachtaoge; hints at pain of betrayal

During an exclusive interview with Bollywood Life, the Pink actor said that, "Love marriage hui hai; ussei achi baat kya hoh sakti hai? I cannot give advice to anyone seriously. I am not a guy who can give advice. I just feel that they (Vicky Kaushal-Katrina Kaif, Alia Bhatt-Ranbir Kapoor) found love and the partners they have had is very beautiful. I have known them". Also Read - Alia Bhatt-Ranbir Kapoor, Shahid Kapoor-Mira Rajput Kapoor and more: Bollywood celebrity couples who embraced parenthood within a year of their marriage

In his short film The List, the characters are shown living a robotic life. When the actor was asked whether he has a fixed routine in his life or whether he compartmentalizes he said, "I have a fixed routine in my life. My discipline has made me and it helps me carry forward in a certain way. I like that about it. I feel self-discipline is very important. I come from a background in sports. My routine can get very boring. Whether it is training, getting up early in the morning, following the same diet plan or eating the same boring food which is good for me in the long run; I do all these things as a ritual. My routine is very sacred to me. There has been a certain discipline that has been very important for me and it has carried me forward to where I am today. It will always stay with me", he said. Also Read - Ananya Panday and Aditya Roy Kapur got a hot romance brewing? Duo caught on camera amid dating rumours


When asked about people living a mechanical life he said, "We have become so dependent on it that we are ok being alone in our own company in our phones or tablets. It has taken us away from what we are feeling right now from our family. The reason why human beings are separating and are feeling less is because of freedom. We have put ourselves in a box that we are going back to the same box".

Talking about working with Kirti Kulhari in The List he said, "I have worked with her six years ago in Pink which won a national award. The film required two actors who could understand the film and carry it forward. I just feel that you had to have a certain sense of understanding of what you are and what the filmmakers want to do. Kirti explores opportunity"