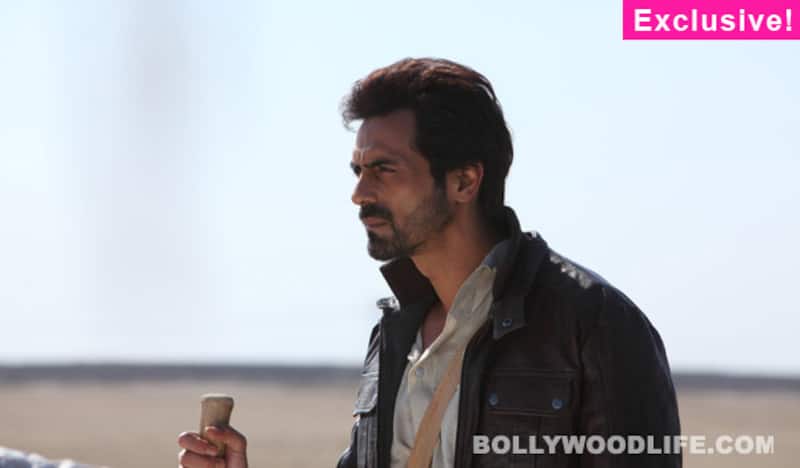 The most dashing dude in B-town discusses his latest action flick D-Day, having three releases this year, being extra choosy, Prakash Jha, friendship and much more…

Arjun Rampal doesn’t conform to any norms that bind most actors in Bollywood. He seems like an outsider, even after having spent more than a decade in showbiz. Arjun’s count of projects done is limited, but that's more a matter of deliberation rather than deficiency. Given that, this might be the most crowded diary his has been in years. He wants the audience, his fans, particularly his close ones to remember him for his good work, be it in Rock On, Raajneeti, Chakravyuh, Inkaar or this Friday’s release, D-Day. Arjun has always aspired to be a cut above the rest, and he now looks forward to his latest film Also Read - Here's how Ranbir Kapoor is prepping for his daddy duties as he and Alia Bhatt await the arrival of their baby [Exclusive]

D-Day looks like a well-researched action packed thriller. How did the movie make the grade for you? Also Read - Ranbir Kapoor birthday: Here's how the Brahmastra star will ring in his birthday, courtesy wife Alia Bhatt [Exclusive]

It started with just an idea Nikhil had, and I didn’t know Nikhil well initially. Of course I had seen his work. One day he dropped in on the sets of Inkaar and told me that he wanted to do an realistic espionage thriller. Knowing that he did films like Kal Ho Naa Ho, I asked him whether he really wanted to do a film like this one. He said he had an idea – If the Americans can get into Afghanistan and nab Osama Bin Laden, why can’t we trap Dawood? It was fascinating. After three months, Nikhil narrated the script to me and it had such wonderful energy. It was well-researched too. After that he threw another ace at me that I couldn’t refuse – Tom Struthers, the action director of (popular Hollywood Batman film) Dark Knight. And then the wonderful casting of Rishi Kapoor and Irrfan Khan happened. I knew something different was being attempted and something really honest was going to come out of it. I saw sincerity in Nikhil and his determination to actually make a film that nobody would associate him with. Also Read - Kareena Kapoor Khan Birthday: Neetu Kapoor wishes Bebo with an adorable post; check out

You have a different yet cool and rugged look in the film....

The look is very important for every character you play, just to differentiate it from your earlier ones. I do two or three films in a year… how do those characters look different? It’s very important, because it changes your body language and you start looking at yourself as that character in the mirror. I wanted to grow a beard for D-Day because my character wants to go to Karachi and the first thing you do as a spy is to blend into the atmosphere. That was the key element.

Of the three films you have this year, Inkaar has been released and D-Day and Satyagraha are coming up. Is this a consciously planned strategy?

Sometimes you get good projects that you like to be part of, you say yes to those. Now that generally isn’t time bound. If you could plan and control that, which I cannot, then it’s a different thing. I do one film at a time and that’s why you see different looks of mine. I take at least two or three weeks off between films so that I don’t get exhausted. I’m not in any rush to do many films.

In recent years you’ve become extra choosy as far as your work is concerned....

Yes, my choice of the kinds of films I would like to be part of has changed, because of my experiences. I’m 12 years old in this industry now. From now onwards, it’s a conscious decision - what I realised is that one day I’ll die or I’ll be old, sitting at home with my grandchildren and children and if I had to put on a DVD and show them what kind of work I did, I shouldn’t be cringing. I would like to be remembered for my past. So I choose characters and parts to be recognised. The kind of films I do make me happy. If you don’t feel satisfied as an actor after working on a film, then how can you satisfy anybody else?

So what films do you want your loved ones to remember?

I can count quite a few – Rock On, Raajneeti, The Last Lear, Om Shanti Om... Inkaar and Chakravyuh didn’t set the box office ablaze. But whatever it is, ten years down the line I’ll be proud of Chakravyuh and Inkaar, as opposed to me being part of a really big commercial blockbuster which two months later we’ll be wondering, how on earth did this film work!

Were you apprehensive, considering Nikhil’s track record as a filmmaker?

After Om Shanti Om, if there’s any film that has changed the game for you, it’s Raajneeti…

Rock On too. I won a National Award for that and then came Raajneeti.

Yes, but Raajneeti, in a way, changed people’s perceptions of you as they saw your real and serious side as an actor. People close to you believe that you trust Prakash Jha blindly...

I don’t trust anybody blindly. I trust people for what they are, or what I can see them to be. Prakash Jha is an extremely talented and intelligent filmmaker. Raajneeti was offered to me five years before the film even went on the floors. I was the first person to sign on. So when everybody thought that models can’t act and my movies weren’t doing well, Prakash told me about my character in Raajneeti. It took him five years to get things arranged for Raajneeti, because he does lot of research. Friendships are built on trust, but you don’t trust people blindly. I trust Prakash Jha’s instincts and respect his vision and don’t question him.

Prakash Jha comes across as a little biased towards his friend Manoj Bajpayee, because in every film he places Manoj’s character a notch higher than the rest. Do you ever complain about that to him?

(Smiles) I think Prakash gives Manoj work that he truly believes Manoj can pull off like nobody else can. He puts life into his characters and he thinks Manoj would bring the best to the kind of character he sees in that part. He has tremendous respect for Manoj - he had an interesting character in Chakravyuh too, but it wasn’t the main lead. Similarly, Manoj trusts him on that level. Prakash can create those kinds of equations.

After Satyagraha, there’s Villain by a new director. It’s a dark, action packed film. I’ll start shooting Roy towards the end of the year with Ranbir Kapoor and Vicky Singh.