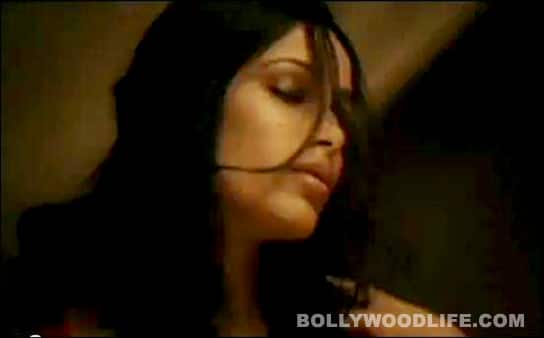 The Slumdog Millionaire actor speaks about being a woman in showbiz, and about her films and directors

She plays a priestess with the power to see the future in Hollywood film Immortals and actor Freida Pinto says if she actually gets such powers, she would like to increase the longevity of her career as women don't have a shelf life in filmdom. "If I had Phaedra’s powers and if I could look into the future, I think I would want longevity in my career. I say from the point of view that women as such do not have greater shelf life in this industry," Freida said. However, there are a few exceptions, she says. "Some of them defy all odds like Helen Mirren or Meryl Streep, who can do exactly what a 20-year-old can do. So I think I would wish for that," she added. Also Read - Special OPS actor Bikramjeet Kanwarpal passes away due to COVID-19; Richa Chadha, Neil Nitin Mukesh and others pay tribute

Directed by Tarsem Singh, the film Immortals starring Henry Cavill, Mickey Rourke and Luke Evans is an epic tale of treachery, vengeance and destiny, and the actor is all praise for the director. "What is unique about this film is it is completely Tarsem’s take. He never puts you in a box tight room and wants you to repeat his vision word to word. He not only wants you to understand his vision but also bring in your own take to the film," said Freida, who rose to fame with Danny Boyle's Oscar-winning film Slumdog Millionaire. "I was to incorporate stillness in my character from the very beginning, which meant no twitching of the eyebrows or too many body movements. He felt that since Phaedra is so contained and internalised, everything had to come out through the eyes and her words rather than the body movement. Because he gave me the flexibility and chance to understand his vision and bring that into my character, I think we managed to pull it off," she said. Also Read - 'My Gamla, my phool...my body, my rule': Fatima Sana Shaikh schools a troll who slut-shames her and leave him no place to hide

Ever since her rise to fame, the 27-year-old has been part of an interesting mix of films like You Will Meet A Tall Dark Stranger, Miral, Rise of the Planet of the Apes among others and she says each film has been a learning experience.

"Every director that I have worked with has had a USP. Danny sees how he keeps you sucked into the character throughout the film. With Woody Allen, it's hands off but sometimes hands on, so you sometimes don’t know which way you are going. Every time you deliver a line you look at him for approval, which is quite rare to receive. He was interesting to work with, as he lets you improvise and play with the lines," she said.

"Julian Schnabel of Miral was very fatherly and kind and compassionate about the story he was filming. With Tarsem it was a completely different world. Nothing like what I had already experienced."

With Freida being an Indian actor, one would always think she would be a part of Bollywood but she has ruled out any such plan. However, Freida does admit that with the advent of modern technology, the Hindi film industry's style is changing.

"They (Bollywood films) are an amazing celebration, we have enjoyed them for years. At the moment it is changing and with directors like Anurag Kashyap and Dibakar Banerjee...it's a style that is slowly changing; something that we saw in the 1980s and it's happening again with modern technology. I have already done Trishna, so when people see it, they’ll know I’ve already done a Hindi film," she said.

"Even Slumdog... for me is an Indian film, it was directed by an English director but one cannot discredit the fact that there was Anil Kapoor or Irrfan Khan in the film," she added.

Freida Pinto goes nude for ‘Immortals’! Or does she?