Gehraiyaan: Siddhant Chaturvedi says he saw Ranveer Singh in Deepika Padukone's eyes while romancing her and he told him, 'Chote, kill it' [Exclusive]

While it was challenging for Siddhant Chaturvedi to romance Deepika Padukone in Gehraiyaan, the Gully Boy actor said that he saw Ranveer Singh in her eyes, which boosted his confidence to bring out the best in him. 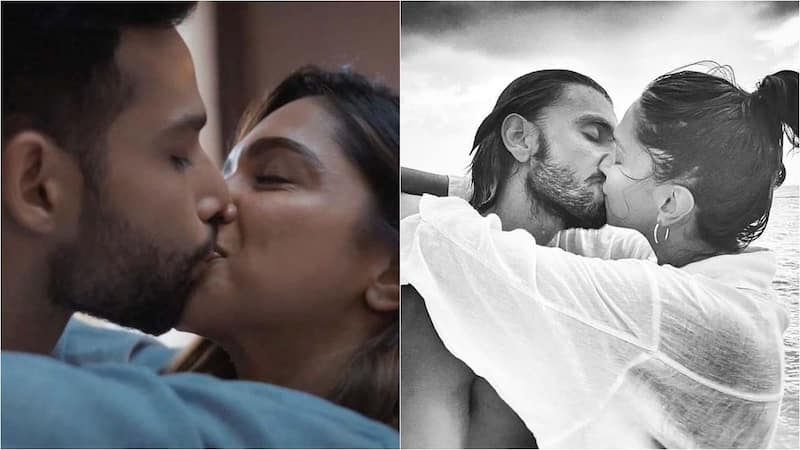 Deepika Padukone and Siddhant Chaturvedi's passionate lovemaking scenes in Shakun Batra directorial Gehraiyaan became the talk of the town ever since the film's trailer was released. After the film was dropped on a streaming platform, viewers couldn't stop raving about Deepika and Siddhant's intense whirlwind romance. While it was challenging for Siddhant to romance Deepika, one of the biggest leading ladies in Bollywood, on screen, the Gully Boy actor said that he saw Ranveer Singh in her eyes, which boosted his confidence to bring out the best in him. Also Read - Trending Entertainment News Today: Shehnaaz Gill on being trolled for PDA with Salman Khan; Parineeti Chopra describes Priyanka Chopra-Nick Jonas' daughter Malti Marie

"Challenges come with every film, like my first film (Gully Boy), I am not even a rapper. And challenges are the one thing that attracts me the most. I like doing things that I haven't done before and I like stepping out of my comfort zone. So I don't choose any roles that I am comfortable with. I want to see my personal growth as well along with growing as an actor. So it can't get any better than Deepika Padukone, who is a brilliant actress and also my senior. I have learned a lot from her. And I would like to credit Deepika and Shakun for treating me with love and care and made me feel important. Yes, it was difficult to romance Deepika. With me, I look for my character in my co-actor's eyes and whatever I've done, I saw it in Deepika's eyes only and could do justice to it," Siddhant told Zee News. Also Read - Jawan MAJOR UPDATE: Shah Rukh Khan to play DOUBLE ROLE in Atlee film; Deepika Padukone, Nayanthara both set to romance SRK?

When Siddhant was specifically asked what did he see in Deepika's eyes since he mentioned it, pat came the reply, "Ranveer Singh (everyone laughs). And he is also a brilliant actor. When I looked into Deepika's eyes, I saw Ranveer and he told me, 'Chote, kill it!' (everyone laughs). I did my first film with Ranveer and I also got to learn a lot from him. I would like to thank Deepika for treating me along with Ananya Panday and Dhairya Karwa like a family. Never made us feel that she is an icon or a big star. She is very simple, she is true to her art, she is like an honest school-going girl who likes to work in a disciplined manner. Her simplicity is her biggest flex." Also Read - Not only Alia Bhatt, Ranbir Kapoor also referred to Deepika Padukone as his Dal Chawal [Watch Throwback Video]

In the same interview, Deepika thanked the audience for showering them with immense love. She shared that the kind of feedback they are getting for the film is that people are finding the character highly relatable and real, and this is exactly what they wanted to achieve.