Hema Malini: 'Tell Me O Kkhuda' is not a flop 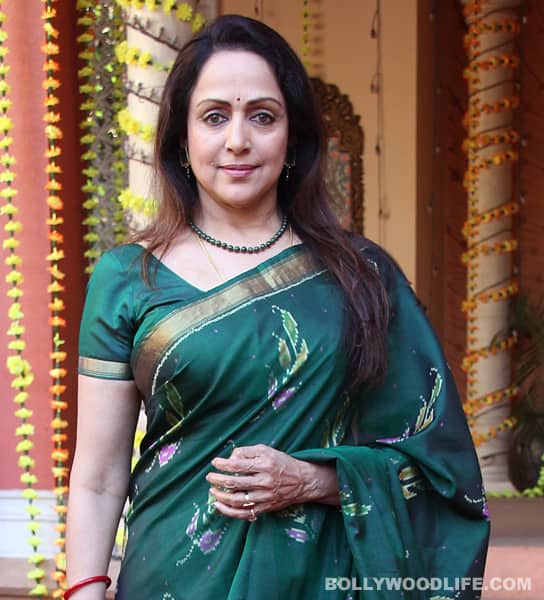 Hema Malini's directorial venture Tell Me O Kkhuda, which was relaunch pad for her daughter Esha Deol has been facing the wrath of the media and is termed a failure. But the dream girl has a different opinion

Hema Malini claims that the film is not a box office failure and it's the media that's making such unnecessary claims."It's you people (media) who says it flopped. Tell Me O Kkhuda is doing well and it did not flop as you people are saying. Unlike RA.One, it has very less print so it is doing well accordingly," Hema Malini told reporters at the function to celebrate the 56th Madhya Pradesh Foundation Day. Tell Me O Kkhuda, Hema's second directorial venture after Dil Aashna Hai (1992), was received with not so supportive reviews. In addition to that, the viewers were more excited about Shahrukh Khan's sci-fi superhero film. The actor was in Madhya Pradesh to do a show based for 'Beti Bachao Andolan' conducted by the state. "I will do a 20-minute show and will present how women were treated in earlier times and how their conditions have changed now." She added that she is lucky to have daughters - Esha and Ahana - and that "I have no wish of having sons as I know, I will get two jamais (sons-in-law) because of my daughters." Hema Malini, a Rajya Sabha member, was taken off guard when journos asked her whether she is charging for her performance at the Madhya Pradesh day celebrations or was doing it for free? "Why would I do it for free. There is an entire team who works with me," she replied in surprise, adding, "But yes, I am charging a nominal fee." Hema Malini's film, Tell Me O Kkhuda was also released during the Diwali festival along with RA.One.