Meri Aashiqui Tumse Hi's Shakti Arora and Radhika Madan go down memory lane as the show runs its last episode tonight. The passionate love story is one of the most loved romances of recent times

This might be one helluva disappointing news for their die-hard fans but there is logic behind it!

Well, all good things have to come to an end. Sadly, in the case of Meri Aashiqui Tumse Hi, the finale is a little abrupt. Tonight, we will see the last episode of the much-loved soap that told the story of loyalty, love and friendship. It was also one of the most romantic shows of recent times. Fans will miss the little nok-jhoks, Ranveer’s (Shakti Arora) efficiency in draping sarees, passionate embraces, eye locks and unspoken communication that made the lead pair’s chemistry a truly scorching one. In an EXCLUSIVE conversation, the lead pair opens up to Bollywood Life about the show. Also Read - Meri Aashiqui Tumse Hi's Shakti Arora and Radhika Madan DISHEARTENED about the show going off air!

How would you describe MATSH in your life?

Shakti: Everyone looks for a turning point in life. I had done shows previously thinking they would change my fortunes, which never happened. MATSH gave me everything I craved for – name, fame, money, recognition and fan following. By God’s grace, it happened to me when social media was at its peak. If it happened four years ago, I would not have got that kind of exposure. MATSH came at the right time. For years, I would fight with God about the kind of work I got, I would say if I get that show I will make it a hit and do everything possible, but those chances never came. I got all my answer with MATSH – success comes when it is destined to.

Radhika: The show has changed me as a person. I was a stone-heartened girl, in the sense I had no emotional quotient. I never cried for the 19 years of my life. My mom used to wonder whether I had any emotions or not. MATSH has made me so soft and sensitive. It has changed my dreams and aspirations. I have got everything from this show. I am very thankful to everyone. 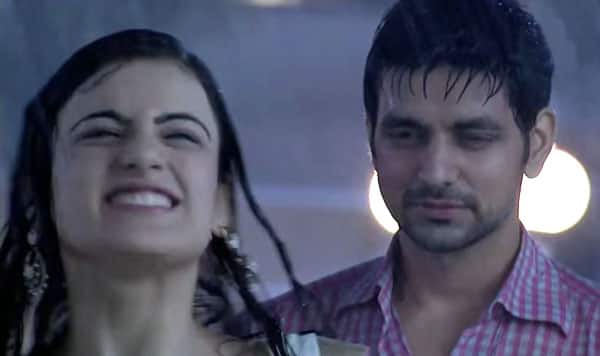 Did the news of the show going off air make you teary-eyed?

Shakti: I did not cry per se but yeah, whenever I thought about it, my eyes would well up. When I signed up for it, I vowed that I would do anything to make it a hit - Mai apni jaan dal dunga. When you value something, uski shiddat karte ho, it means a lot. I am obviously emotional now. I don’t want it to go off air. But audience has lost hope that they will get to see the Ranveer - Ishaani’s romance that was the base of the show. The other tracks were not so happening as per their opinion. RV and Ishaani have got back but it is a little too late. 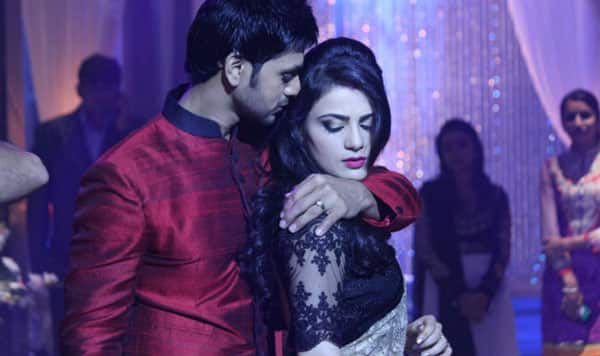 Radhika: I did not believe it, at first. Of course, people were calling me and asking about it, but I told them that I got no call from the channel or production house. After I got the news, I was extremely disheartened. I feel hollow from inside. The show was our baby – Shakti and mine, we took care of it. I don’t know how to react.

Which are your favourite scenes from the show? 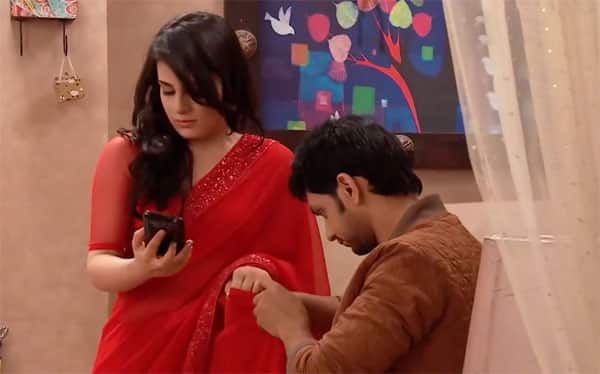 Shakti: There are a few scenes I love. One of the first one is when I cry like a baby in the bathroom after Ishaani’s marriage is fixed elsewhere. I had to depict how heartbroken I was. It was hugely appreciated by audiences, critics, top directors and people from the production house. The scene, where I got shot for the first time was also quite special. The show was at its peak then and all of us were extremely enthusiastic about everything. It was an emotional scene and both of us cried our hearts out. My suicide scene where I stood on the railing of a bridge - 100 feet above a creek was quite a horrifying experience. I was wearing no cable or harness on an extremely windy day. I had zero confidence in myself but my director was confident that I did pull it off. It came off very well and the TRPs soared. Lastly, it will be the scene on tonight’s episode, where RV and Ishaani finally confess their love and reunite.

Radhika: Well, there were many who said I could not act for nuts. And that I was just good-looking. I remember after the gunshot scene, I was supposed to cry. I wept and there was pin drop silence on the sets. No one said anything. Then, my director walked upto me, hugged me and said, ‘I am proud of you, beta.’ That was the moment! 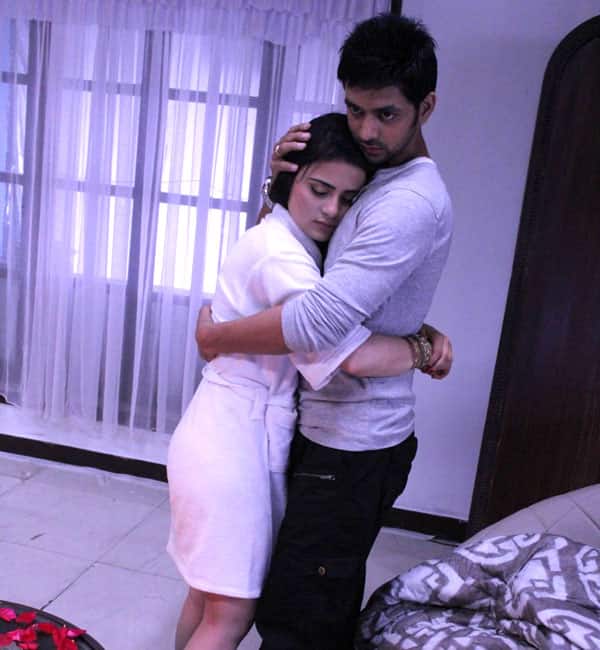 How has MATSH changed your perception about life, love and relationships?

Shakti: Ideas about love keep on changing whenever you meet a new person in your life. That’s because your equation keeps evolving. If I speak about Ranveer and MATSH, I feel IshVeer have a magical almost divine chemistry. They sparkle whenever they come together. The emotions and tears come naturally. I have romanced in my earlier shows but Ranveer and Ishaani’s tuning was sheer magic.

Radhika: I ran away from the shoot one day. I was a pampered spoilt child who knew she would get away with anything. I used to sleep daily for 14-16 hours. Here, I was shooting non-stop for 24 hours, 48 hours and what not. Then, people told me that I could not run away. I used to go home and cry wondering what I was doing with my life. All that frustration vanished when I saw my first scene on TV. I felt it was totally worth it when I held my first award. The show has made me a stronger person. I know good acting is important. When people tell me that they have shed tears with me, I felt it is a worthwhile journey.

Tell us about your relationship with Radhika Madan, you co-star… 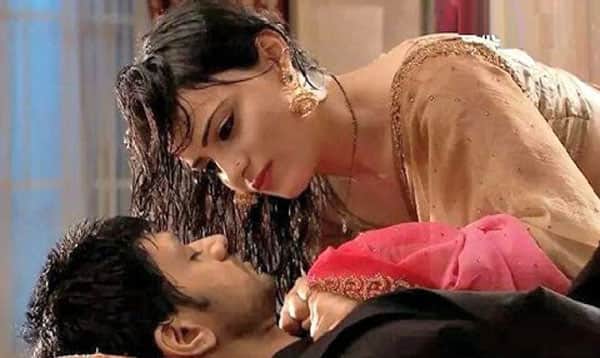 Shakti: We were great friends on the sets. Radhika and I are bulls…Taureans. We have huge egos but that was only there for each other (laughs uproariously). We used to fight and makeup. Off sets, we never partied together. We did not prefer to party as we have different set of friends. However, at work we’re the best of buddies. Woh mujhe bahut acche se janti aur samajhti hai. Radhika knows my mood swings, which are frequent. I also understood hers. Radhika would be irritated and cranky on some days, when she would shout at technicians – aur sabka class leti thi. I knew how to calm her down. We handled each other’s moods perfectly. I will miss the unsaid chemistry between us, which is rocking.

Radhika: Well, I did not know the A of acting. I remember, at the start, we used to take 10-15-20 retakes for a shot and I thought it was normal. Everyone was so patient with me. In a shift of 12 hours, we complete only a shot or a shot and a half. I would wonder why everyone’s so slow. Then I realized that I can’t act and because of me, everything moves at a snail’s pace. Shakti played a huge role initially. He would come to my room and make me rehearse my dialogues. He knew my lines and his by heart. He worked really hard on me. There is a divine connection between Ranveer and Ishaani – whenever we came together for the emotional scenes, they were perfect. 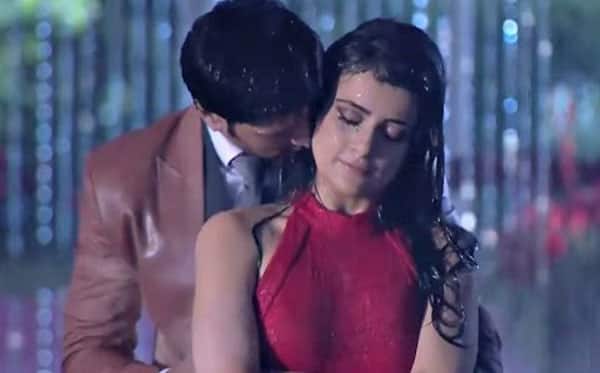 Considering people love your jodi, do we see you two teaming up once again?

Shakti: I don’t think we should pair up immediately. The audience needs a break. However, we could come back when people really start missing us maybe after a couple of years or a year and a half. It should be with a fresh story, new look and novel concept. I will, of course, say yes to working with her. I know what bond we share!

Radhika: I would love to do another show with him. Our bond is simply amazing.