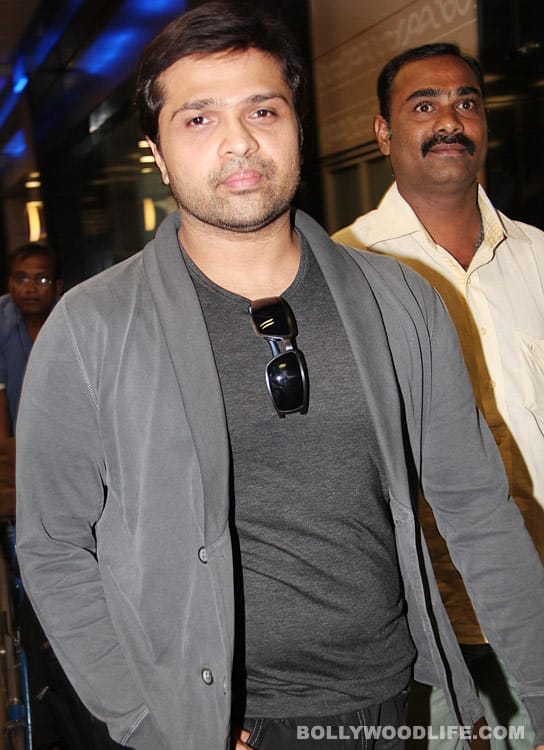 Composer-singer-actor Himesh Reshammiya credits Dabangg actor Salman Khan, a godfather to many newcomers, for his success in the Hindi film industry

"For me it's always been God, dad and Salman Khan. He (Salman) has been a driving force for me. I just want to thank him for his support. Thank you Salman bhai," said 38-year-old Himesh, whose music in the actor's Bodyguard was well-received by the audiences. Also Read - Can Himesh Reshammiya make it in Hollywood?

Himesh Reshammiya, who reportedly had a spat with Salman sometime back, minced no words while thanking the actor and his family for helping him at every stage of his decade-long career either as a music director, singer or even as an actor. "After this break of one-and-a-half years and with love and good wishes of Salman bhai, my first film Pyaar Kiya To Darna Kya was possible because of the Khan family and now my 101st film Bodyguard also is getting me awards. It's all because of their love. In some way or the other Salman bhai has been the reason for my success," said Himesh.

After his success as a composer-singer, Himesh took up acting in films like Aap Ka Suroor, Karzzzz, Kajraare and Damadamm. He is looking forward to more acting and music assignments. "Now after this break I am all set to give music, and I will give music for a lot of films. I will produce quite a few films too and will also start with my acting spree. I have four films in hand. I'm creatively reloaded. I'm ready with eight to nine scripts, which I have compiled for production houses. As far as the music front is concerned, when I had come here at the age of 16, I came with 300 songs and today I am ready with 500 songs and have signed 250 artists for"it," he added.

Himesh is also set for some international projects, both, as a composer and as an actor. "An international album in collaboration with Lil Wayne and Edward Maya is also ready. I have formulated 15 songs for it and the album is called The Edge. DJ Edward Maya is doing my song and Roman White, who directs Justin Bieber's videos is directing our album too. I am also doing an international film A * Is Killed," said Himesh. For 2012, his hands are full with films like Namastey London 2, Dangerous Ishq, Khiladi 786, Shortcut Romeo and A New Love Ishtory.