Kiran Abbavaram opens up on life in limelight: From engineering to Tollywood, hits, box office collections and no godfather [Exclusive]

Kiran Abbavaram starrer Nenu Meeku Baga Kavalsina Vadini has hit the big screens today. BollywoodLife recently interacted with the actor and spoke to him about the movie, and a lot more... 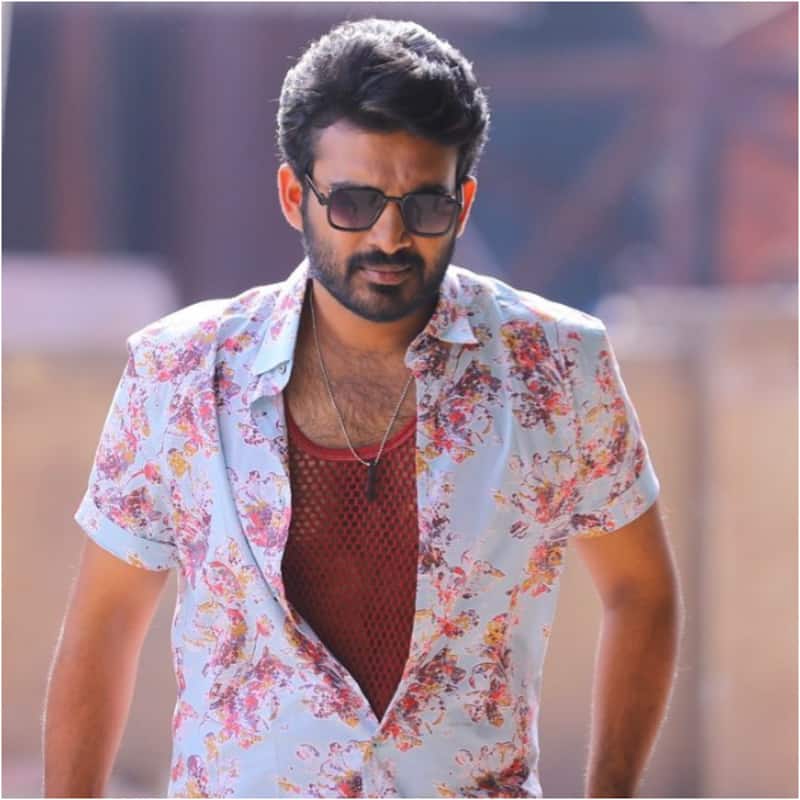 Kiran Abbavaram needs no introduction. Though he is a newbie, he managed to make a good name for himself in the market. He made his debut with Raja Varu Rani Gaaru and then became a sensation with SR Kalyana Mandapam, which is a decent hit at the box office. His next film Sebastian was a disaster at the box office but he immediately geared up for a hit with Sammathame. Now, he is all set for the release of Nenu Meeku Baga Kavalsina Vadini on Friday and is confident about bagging a hit. In an exclusive interview with BollywoodLife, the actor opens up on his entry into Tollywood, life as a software employee, life, box office collections, and a lot more. Also Read - Hema Malini's jibe at Kangana Ranaut involving Rakhi Sawant heavily slammed by netizens, 'Wow so much for classism' [Read Tweets]

Life is amazing actually. I am happy for being busy and for being able to provide work for so many people with the number of projects I am working on. I wanted life to be busy and hardworking. Finally, living the life I always wanted. Also Read - Ponniyin Selvan: Aishwarya Rai Bachchan reveals Aaradhya got a special opportunity from Mani Ratnam, 'No body has got that chance before'

Kiran, where are you from and what have you studied? Wondering how you got into acting.

I am from Rayachoti, Kadapa. I studied Engineering and then worked for a software firm in Bangalore for three years. Among the bunch of friends and colleagues I had there, I was the one to get excited the most every time a film releases. All the hungama, excitement and euphoria were around me only. After a point, I realised that everyone except I are good at that job. Well, getting into acting was never in mind. A friend of mine wanted to make a short film and he said I would look good in the lead role and asked me to try acting. This was back in 2016 and it worked really well. So post that, I met a few people who were interested in making a film and that’s how Raja Varu Rani Gaaru happened.

Have you ever thought of the scripts you cannot do or the role you cannot play?

Oh, yes! I did. Can never play a ‘spoiled brat of a rich dad’ or a ‘richie rich’. I can never imagine myself in such roles. Not just I, but even people cannot watch in such roles. It will be very artificial there and those roles are not my cup of tea. I would like to be a boy next door and just any other youngster.

How important are box office collections to you? Do you think they will decide you career and success?

Of course they are important. Just like any employee who is getting paid, and has a big assignment on his head to prove his mettle, he has to do it at any cost. If he doesn’t love up to the expectations, his growth is at risk. So it is the same case with me. When the producer is investing in money, expecting me to bring profits to them, box office collections are definitely important to me. Because that’s what bring success to me and help me grow. Only when there are collections and profits at the box office, I can stay and survive here.

You have no godfather in the industry and that would have definitely made things difficult and challenging for you. So did you ever wish you had one?

No. Because when I left my job and family behind to come here and try my luck, I was ready to face anything and nothing. I know there will be difficult days and days when I will feel the lowest too. But when I was ready to see any kind of day, I never really felt the need of a godfather. To be frank, even those people who have godfather are struggling for hits. So it is all about talent and nothing else.

Nenu Meeku Baga Kavalsina Vadini is a story that you have signed two years ago. And things are not the same as before. So are you not sceptical about the story now?

I know. Unlike earlier, people just don’t walk into to watch the film. They read reviews, are not ready to watch routine films that tell stale stories. There’s a fear among us now when films are releasing. So yes, even I was thinking about the question you raised. But the script is not about me… it is about a daughter and her bond with father. I am just a character in her story. So this is not about what Kiran Abbavaram has to say, just like in his previous films. This one is different.

Tell us about your upcoming films.

Great! Thank you. All the best