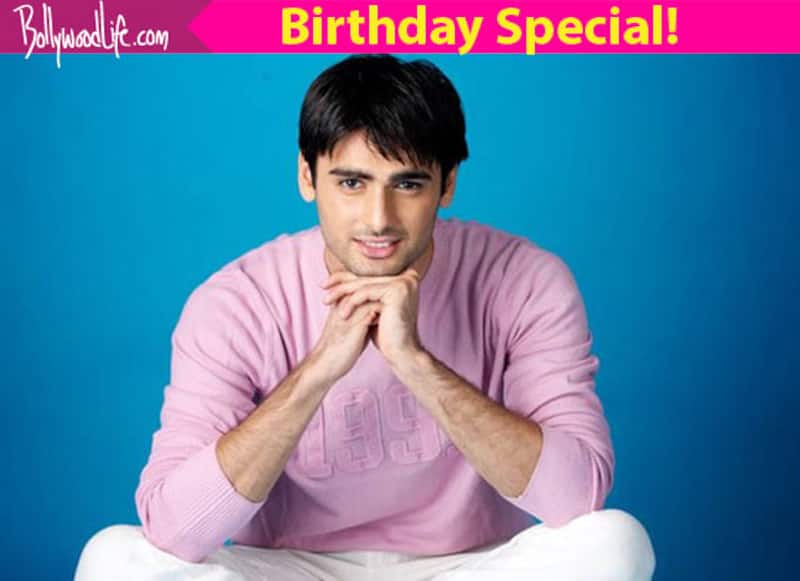 Hey SwaSan fans! We had said we would try to get Varun Kapoor aka Sanskar Maheshwari from Swaragini for a special exclusive on his birthday. Thankfully, it has materialized. Considering all the drama and plotting in his onscreen life in recent days, we decided to humour Varun with a fun rapid – fire with some crazy questions. The best part was the boy was joined by his crazy gang, Ramprasad (Amar Sharma), Uttara (Khyati Mangla), Sujata (Sonica Handa) and Laksh (Namish Taneja). Our hottie had his answers, all of them peppered with ‘vishesh tippanni’ from his colleagues. Honestly, we had so much fun with the gang that we feel sure you’ll love it as well. The sad part is Varun was planning a holiday for his special day to spend some quality time with his wife, Dhanya. However, the new show schedule has put that on hold. He is a little upset but it seems a party will be hosted by him for all his co-actors. And from what we heard, it will be quite crazy! What we utterly loved was the bond he shares with his onscreen dad, RP, play by Amar. The two don’t lose a single opportunity to pull one another’s legs and we must say that it’s almost competitive between the two! And it’s Amar whose closeness to Varun makes Dhanya take notice! Yes, not fan-girls but reel daddy is the bone of contention. Also Read - Naagin 6 actress Tejasswi Prakash turns ENCHANTRESS in a red velvet gown [VIEW PICS]

Varun also opened up on how he felt disconnected (at times) that he was not on social media. Amar revealed that he has opened fake accounts in his name! But the handsome guy is not regretting it coz he gets all the dope from his co-stars about what is happening online. The slug-fest between SwaSan and RagLak was one topic he did not wish to talk about nor did we pester him for a ‘comment’. The actor was filming a hospital scene. Dressed in his trademark blue blazer and yellow T-shirt, he looked drool-worthy as always. Trust us, he loves his fan-girls as much as they adore him. Guys...sorry gals, we seriously do not want to leak out all the details of the video. Also Read - Cannes 2022: Helly Shah exudes Princess Elsa vibe with her first appearance at the French Riviera [VIEW PICS]

Trust us, it is hilarious. Team Bollywood Life had a fabulous time on the sets of Swaragini, courtesy the absolutely adorable team. It is one place we would love to visit time and again. Check out the video below of the busy and bantering birthday boy. We wish Varun a great life and huge successes like Swaragini throughout his career. Also Read - Naagin 6 actress Tejasswi Prakash's audition video tape goes viral – watch