During an exclusive interview, the stellar cast of Ponniyin Selvan; Chiyaan Vikram, Trisha Krishnan and others spoke about the main reason to watch the period drama film. 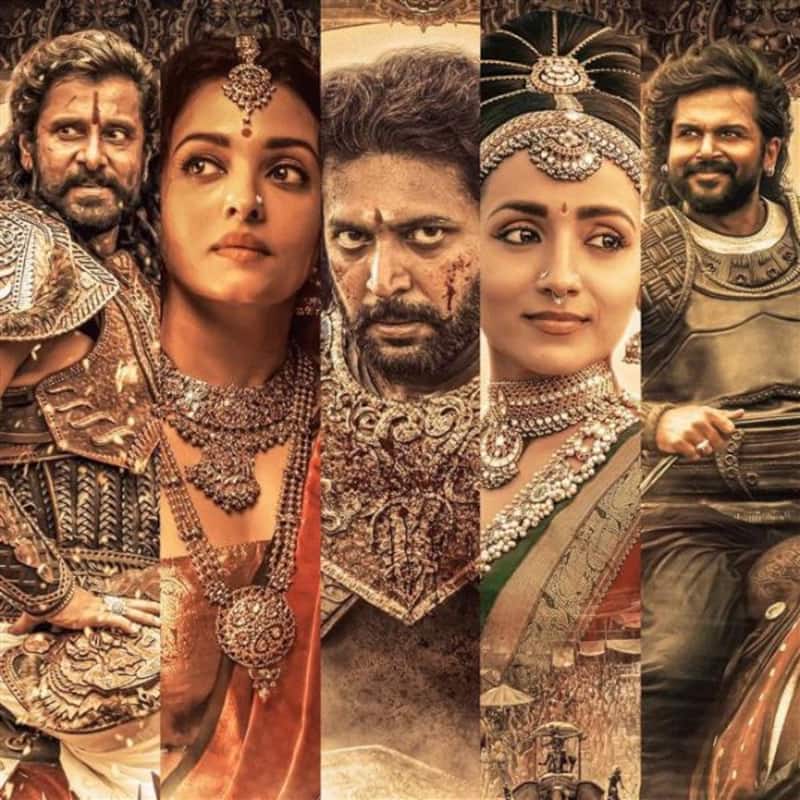 The makers have left no stone unturned when it came to movie promotions. During a press conference held in Mumbai, the star cast spoke exclusively to Bollywood Life. They spoke about one main reason to watch Ponniyin Selvan 1. Chiyaan Vikram who plays the role of Aditya Karikalan said, "The movie waited 70 years to be watched and it is high time we watched it on screen". Trisha Krishnan said, "It is a Mani Ratnam film". Shobhita Dhulipala said, "It is a story about love where war is incidental and what's not to watch". Also Read - Samantha Ruth Prabhu, Rashmika Mandanna, Sai Pallavi and more: Meet the TOP 10 prettiest South Indian Actresses

Karthi who plays the role of Vallavaraiyan Vanthiyathevan was quick to note, "That we have always watched these big films like Harry Potter, Lord Of The Rings which were made into grand films abroad. We have been speaking about it so much and we always wondered why we don't have it in India. Now we have it in India. I think the way it's been written we have something to showcase and be proud of to the whole world because we have Mani sir, AR Rahman and the biggest production Lyca behind it. We are proud to showcase this to the outside world". Also Read - Worst Dressed Celebrity of the week: Aishwarya Rai Bachchan, Disha Patani and more divas who could have done better with their fashion picks

Jayam Ravi who plays the role of Arulmozhi Varman further added, "Otherwise you won't understand PS2. If you like Ramayana and Mahabharata you will like PS1; because it has all the culture, greatest stories ever told and it has all of us". How excited are you to watch the movie?