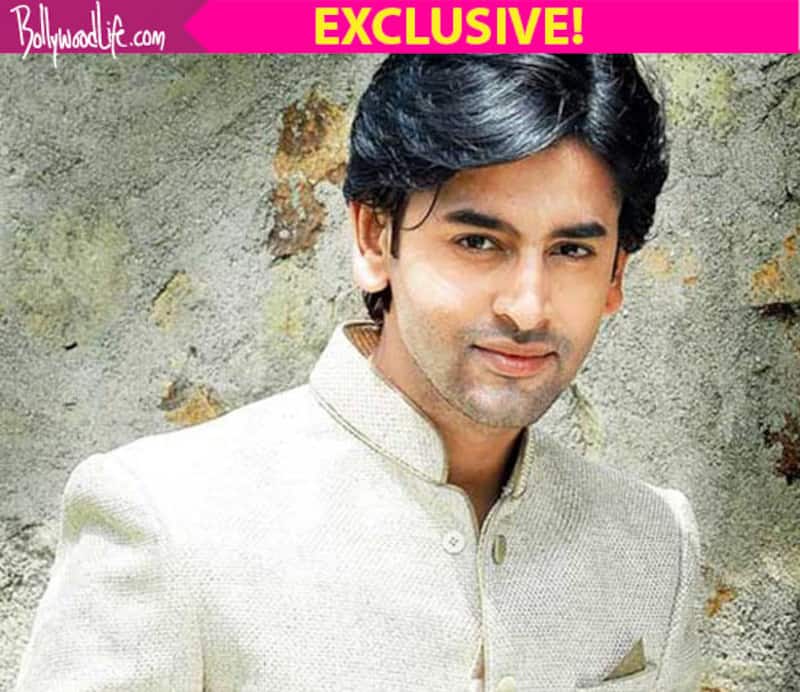 The young actor’s words will make people think and introspect!

It has been three days since the unfortunate news of Balika Vadhu actress Pratyusha Banerjee committing suicide shook everyone. One of the few people who knew right from the start of her career in tinsel-town is actor Shashank Vyas. They were co-stars in Balika Vadhu, where he was famous as Jagya. Baffled, hurt and saddened by the media circus and to some extent, the celebrity tamasha around her death, Shashank opened up to BollywoodLife. Here is what the actor has to say, “I have hardly slept for 3-4 hours in the last three days. This incident has shaken me so deeply. I have not had time to watch a lot of TV but I have been seeing media segments where reporters have compared Pratyusha’s case with that of Jiah Khan, Nafisa Ali, Silk Smitha and Parveen Babi. Suicides happen outside the glamour industry as well. Why there is no extensive reporting? Just because actors are public figures and their lives ignite curiosity, segments are churned out to grab eyeballs. There are millions of suicides outside this profession. I am also against the ‘small-town’ stereotype that is being highlighted across the media. People are demeaning the industry and people from India’s smaller cities who have big aspirations. When a small-town boy or girl achieves something people say, small town big dreams, youngsters and so hard-working, focused and blah blah. I am surprised to see shows where people are calling showbiz as ‘Andhakar Ki Duniya’ and ‘Bitter Reality’ and so on. How one handles success or failure depends on the individual? It is moulded by one’s family, parenting, schooling, etc. And when one stereotypes, does it mean that young people from Tier I and II cities should stop pursuing their dreams. Acting is a craft. It is a great responsibility. Of course, there is pressure. But everyone is aware of it. You need a lot of commitment, passion and dedication to survive and flourish here. I am a part of this industry and I am very happy here.” Also Read - Silk Smitha death anniversary: From starring alongside Rajinikanth, Kamal Haasan to becoming a sex symbol, 10 rare facts about Vijayalakshmi's charismatic life

The actor further lashes out against celebrities for their irresponsible behaviour on the first day. “I know her from six years. We worked together for two years. I know her as Pratyusha. Honestly, there were only five to six people who knew her well. There were some who gathered at the hospital as they are “camera – lovers”. Once they finished their bytes and got the footage, they left. Purpose was solved, naa. Only a few waited for the dead body. Also, people clicking pictures through hidden cameras, sharing audio clicks of conversations with near and dear ones, saying on video that she was murdered…seriously…there is something called moral accountability. It is my humble request, please think before you speak. I was at the gym when I got the news. Within minutes I got messages from various journos requesting me to say, “Doh Shabdh”. Some were apologetic and even wrote that they were embarrassed asking that question. If you feel ashamed then why even cross-question people at that point? How am I supposed to feel after knowing that my friend has ended her life? There is a time for everything. I was appalled to see some celebrities talking about legal angles. How much do you understand law? The police will definitely investigate and it is not going to inform you of all the details and its procedures. Pratyusha was facing financial problems. As far as I know, she was never out of work. I would request people please do not character assassinate someone who is no more. This is the most distressing incident that I have experienced in TV world. I am sad to see there is no unity or sense of ground reality amongst certain people. For those who want to just give bytes and vanish from the scene…it’s my humble request…please tamasha mat banao yaar,” says the actor. Also Read - Before Bigg Boss 16, Salman Khan's reality show was absolutely unlucky for these celeb contestants