Rajan Shahi: There's a lot of crap on television 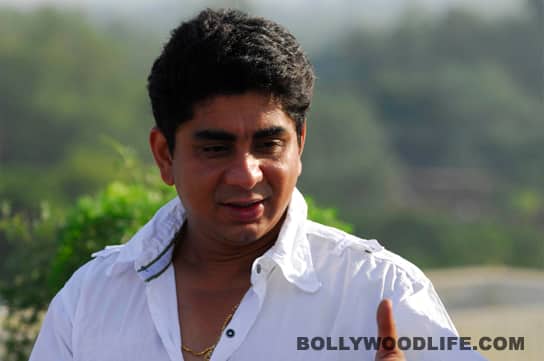 Yeh Rishta Kya Kehlata Hai completed three years last week and Rajan Shahi, the man behind the success of the show, tells us that the formula is very simple: there is no formula. Rajan and his production house, Director's Kut, conceive shows that are different from those on air - simple enough, you think? There's a lot that goes into making a show and there's hardly anyone who knows that better than Rajan. Having been a director for over 12 years, he entered production when he felt he needed more creative challenges. After directing the iconic Jassi Jaisi Koi Nahin and producing shows like Chaand Chupa Badal Mein, Sapna Baabul Ka Bidaai, Yeh Rishta..., Havan and Kuch Toh Log Kahenge under his own banner, you would think Rajan would be happy to rest on his laurels. But no, what he is doing nowadays is helping to conceive another family drama. Between meetings, Rajan spoke about false gimmicks that raise TRPs and the changes he's seen in the television industry. Also Read - Karan Mehra-Nisha Rawal marital crisis: Did alleged beau Rohit Sathia's wife Nidhi have a showdown with the Lock Upp contestant? [Report]

What do you look at when you decide to produce a show?
Definitely the concept. There’s no guarantee to success. A concept will or will not work. You should go by the creative aspect, and by what appeals to you. If it doesn’t excite you, it won’t touch the viewers. Also Read - Yeh Rishta Kya Kehlata Hai star Pranali Rathod aka Akshara turns Kuch Kuch Hota Hai's Anjali; THIS Naagin actor replaces Harshad Chopda [Watch]

Yeh Rishta Kya Kehlata Hai has completed three years. Isn’t it tough to sustain audience interest for that long?
The main thing about Yeh Rishta is that there is no negativity; the moments between the couple are subtle. There are no false gimmicks just to increase ratings. I’ve never done it on any of my shows, be it Bidaai, Yeh Rishta or Kuch Toh Log Kahenge. And that is its strength. There is no false drama. The story decides the highpoints and not the other way around. Also Read - 3 Idiots in Ghum Hai Kisikey Pyaar Meiin, Aashiqui 2 in Kumkum Bhagya and more TV shows who BLATANTLY copied scenes from Bollywood films to boost TRPs

Can urban audiences really identify with a family that lives in palatial houses and is dressed to the nines the entire day, the way it is in Yeh Rishta….?
The costumes and jewellery, especially those of Akshara (Hina Khan) are very popular in the urban and NRI audiences. We’ve got feedback where people have wanted to buy similar saris and jewellery. The costumes are true to the show we have made. It’s an affluent family, so they will be dressed up. In Kuch Toh Log Kahenge, you don’t see them wearing such costumes.

Why is Kuch Toh... moving so slowly?
The channel guys have been telling me that the show is moving too quickly. See, it is audience perception. You should just let the story decide the pace.

What’s your plan for 2012?
We will concentrate on solidifying the shows that we have. We are also in the process of drafting a family drama for Imagine TV.

Any more remakes like Kuch Toh…?
Not at the moment.

Any plans to return to direction?
I did it for 12 years... I even directed Bidaai. Earlier a director was a part of the scripting, costumes and even editing, but nowadays a director’s job has been divided up. The quantity has increased so much with shows being dailies and not weeklys that it is difficult to do everything yourself. So I take over the other aspects of direction so that the director can concentrate on the creative aspects and the on-floor direction. But I don’t see myself returning to on-floor directing soon. Most of my directors started their careers working for people under me and they have now become series directors. So they are like offshoots of my family tree. They have been around for so many years, I feel they are like an extension of me. It’s the same way with the actors. Director’s Kut has introduced several newcomers like Angad Hasija and Kinshuk Mahajan, who are now doing very well.

Would you produce a reality show?
There are no plans right now, but why not? I think they are great. When done intelligently, they can be brilliant to watch. Some of the reality shows on air are more scripted than our fiction shows. Audiences are smart, they can make that out.

You’ve been in the television industry for a long time. What are the changes you have seen?
The pressure of TRPs is really increasing. It has become important to deliver in a short time. Earlier, you had the time to groom the show, but now everyone wants instant success. So fear has set in, and you do what’s predictable. There is also no stability factor. You work on a show for a couple of years and it is taken off air in a year. Instead of weekly, the shows are dailies, so you have to produce more in the same amount of time. There is also a lot of cheap crassness that has come in, bordering on vulgarity. There should be some censoring. Television is an impressionable medium, a family medium. I believe we have a social responsibility. But then you always have the remote. Don’t like it, just change the channel!