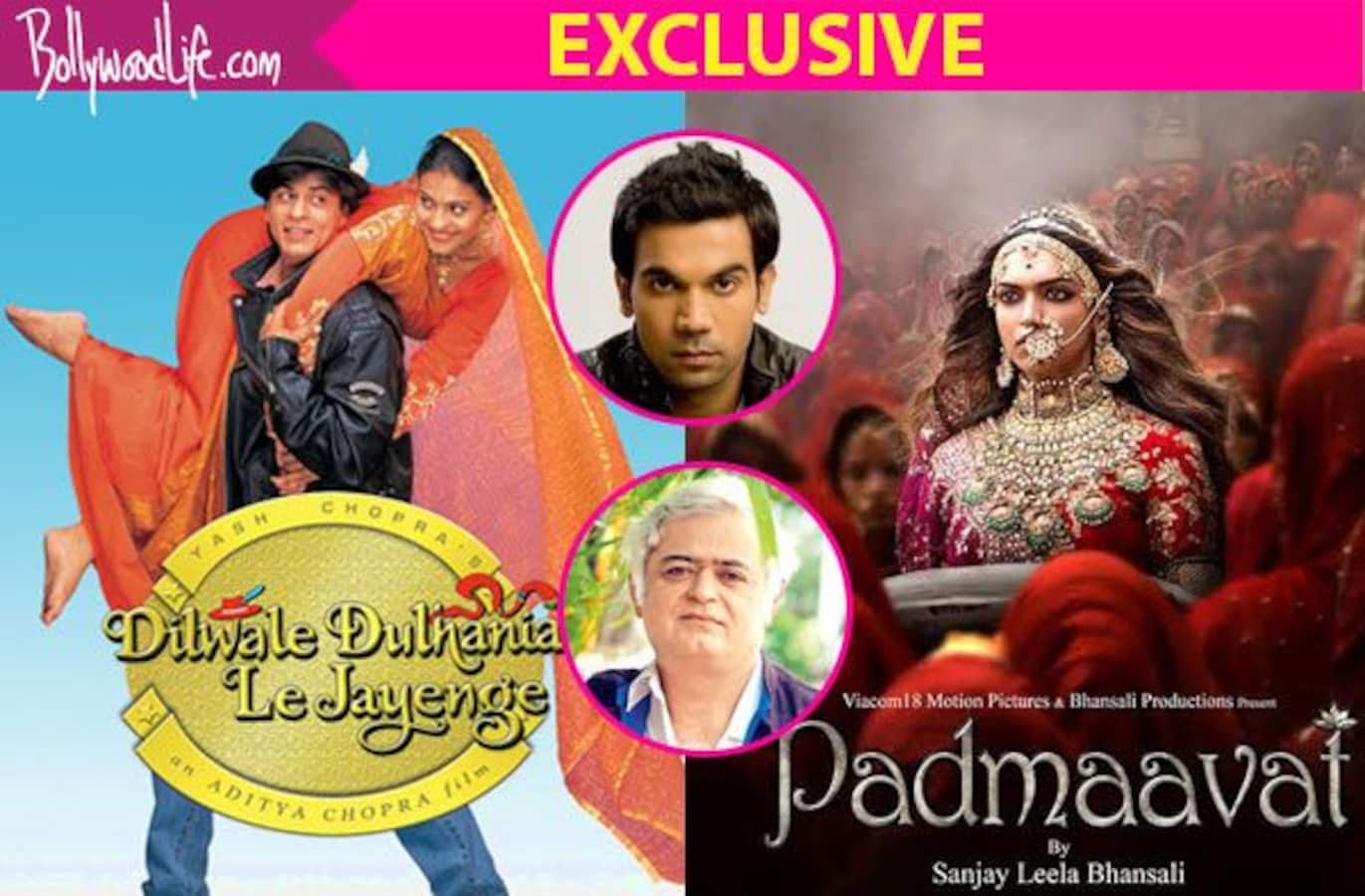 After Shahid, CityLights and Aligarh; Rajkummar Rao and Hansal Mehta have collaborated for the fourth time for Omerta. The actor-director jodi has delivered some fantastic films and we are quite excited about their next. Their camarederie is such that they know each other very well. So when we met Rajkummar for a video interview, we challenged him with an interesting game. We asked him to give an interesting plot twist to some iconic films, if these films were to be directed by Hansal Mehta. What followed was nothing short of hilarious! Also Read - Ajay Devgn in Raid 2 to Akshay Kumar in Bade Miyan Chote Miyan, Bollywood stars gearing up for box office dhamaka

During the exclusive interaction, we asked him to give plot twists to films like Dilwale Dulhania Le Jayenge, Padmaavat, Golmaal Again and a few others, keeping in mind that Hansal Mehta would be directing it. Talking about the plot twist in Padmaavat, Rajkummar Rao revealed to us, ".Of course, it won't be as grand as it was but he will make it in his own way. He tells stories which are very real in nature, so it won't be that grand and he would reduce the budget by couple of crores." Wouldn't that be interesting? Well, wait till you hear what he had to say about DDLJ! The actor added, "Obviously, Raj (gesturing to himself) will be acting in it and he has made a Simran, so Simran will also be there. But he won't keep the storyline same. He'll change it in a way that Raj goes to Punjab and talks to the family and they disagree. The climax where everyone is beating Raj Malhotra, I don't think Hansal sir will keep it. He will keep the fight then and there in the house and probably Raj will get killed." Check out the whole fun segment with Rajkummar Rao in the video above! (ALSO READ - Rajkummar Rao's acting masterclass is not to be missed - watch exclusive video ) Also Read - Salman Khan, Ranbir Kapoor and more Bollywood biggies who are taking help from SOUTH to up their box office game

Coming back to Omerta, the film is a real life story of a British born terrorist - Ahmed Omar Saeed Shaikh, the ruthless killer who murdered The Wall Street Journal reporter - Daniel Pearl. The movie shows us how an innocent, misguided college student turns into a ruthless terrorist. It shows us the pysche of a terrorist and Rajkummar's class act will surely leave you spellbound. With the film hitting the screens today (May 4), stay tuned to BollywoodLife as we get you all the dope and updates about Omerta right here. Also Read - Pathaan: Shah Rukh Khan meets fans in his hotel room at 2 am; proves why he is King Khan