Rana Daggubati: 'Department' will be RGV's most stylish film 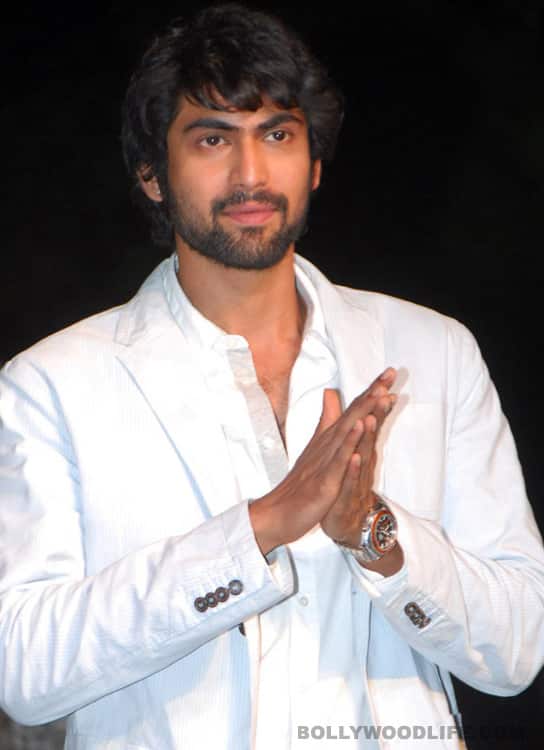 Ram Gopal Varma's past few projects have failed to rock the box office, but actor Rana Daggubati, who has teamed up with the director in Department, is confident that this film will turn out to be one of RGV's most stylish movies

"Ramu (Varma) dabbles in a lot of genres of films. He is very good with his work, and has a wonderful storytelling pattern, which is most often trendsetting. His film Satya broke stereotype, and Company gave Vivek Oberoi such a great launchpad...I think Department will be one of his most stylish film ever shot," said Rana Daggubati. Also Read - Tuesday Trivia: Did you know Aishwarya Rai’s daughter Aaradhya Bachchan once thought Ranbir Kapoor was her father and also had a huge crush on him?

In Department, the southern star will be seen as a grungy policeman - a role that was earlier reserved for Abhishek Bachchan. The film's characters include a don, a gangster, a gangster-turned-politician, and shootout specialists. No wonder it was exciting for Rana to work in it! "I think Ramu is one filmmaker who has complete understanding of the subject he tackles in his films and likes to accumulate extensive knowledge before venturing out into each theme. Be it underworld or any other subject, his films speak of the research he does. Usually Ramu shoots his films quickly, but he has spent a lot of time on Department, which is great. It's a project close to him, and it has been a fantastic experience working with him," he added. Also Read - Bhoot Police actress Yami Gautam shares unseen video from haldi ceremony to wish her 'camera-shy father' on his birthday

Rana, who made his Bollywood debut in Dum Maro Dum, will be seen with Amitabh Bachchan and Sanjay Dutt in the movie, releasing on May 18. He is also upbeat about the action sequences in the film. "Department is a heavy-duty action film. I trained a lot for it, and the training was just in the gym. It had a lot to do with martial arts, and I easily had 10 to 15 action sequences. So it was fun," said the 27-year-old. Also Read - Flab to fit: Farhan Akhtar shares amazing transformation for his character in Toofan; Hrithik Roshan and girlfriend Shibani Dandekar react

Meanwhile he has also been occupied with the dubbing of Telugu film Naa Ishtam, in which he is paired opposite the recently-married Genelia D'Souza. "I play a young, brash boy in Naa Ishtam....very different from Department, in which each line that my character says, is measured. Naa Ishtam is a commercial project...I am playing my age, and it was wonderful to work with Genelia. She is way more experienced than I am, but we had a great time," said the actor, who enjoys the diverse content offered to him.

"I made an unconventional debut with Dum Maro Dum. As a launch film, it was different as opposed to others, who would go for a romantic project. So I am happy," he added. So are we wink wink!