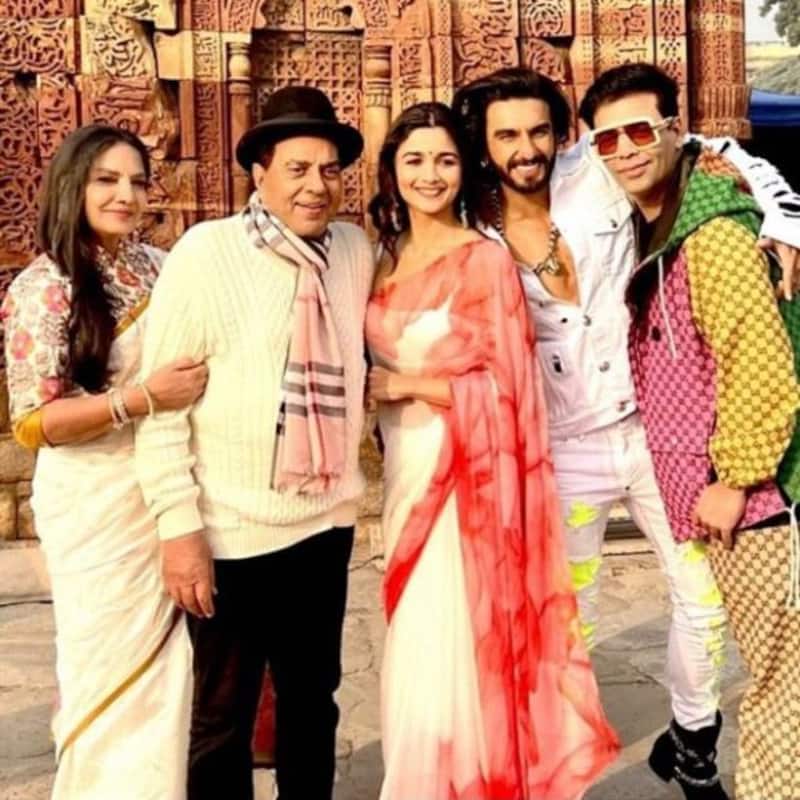 Ranveer Singh was thrust into a state of euphoria, more so that we're accustomed to seeing him in, when he landed Karan Johar's next directorial titled Rocky Aur Rani Ki Prem Kahani. Along with an ensemble cast for the ages, including Dharmendra, Jaya Bachchan and Shabana Azmi, besides the lead pair of Ranveer Singh and Alia Bhatt, the movie also ushers in the return of Karan Johar to the Director's mantle after a massive hiatus of 7 years – given that his last venture as captain was 2016's hit romantce, Ae Dil Hai Mushkil, and his next is slated to release in 2023. Suffice it to say that Rocky Aur Rani Ki Prem Kahani is one of the most eagerly awaited Bollywood movies of 2023. Also Read - Disha Patani massively trolled for wearing a teeny-weeny white top; netizens says, 'Ye Dusri Urfi Javed Hai'

Opening up about the subject and treatment of the film in an exclusive interview with BollywoodLife, Ranveer Singh said, “Rocky Aur Rani Ki Prem Kahani is a quintessential Karan Johar movie, it's vintage Karan Johar, everything that you love about his films – the songs, the glamour, the good-looking leads, the family dynamics, the pulpy drama, the humour, the romance, it's all packed in there; every trope you've seen in Karan Johar movies, his brand of cinema you have loved – all there.” Also Read - Raksha Bandhan FIRST movie review out: Akshay Kumar starrer is 'very desi', has a 'terrific social message'

Elaborating on the plot of Rocky Aur Rani Ki Prem Kahani and drawing an obscure analogy with Kabhi Khushi Kabhie Gham, the star added, “It's been eons since a film like this has come, and now to do it with a man who invented this genre of 'all about loving your family' – it's going to be his quirkiest, zaniest film, and it's shaped up so well, we're about 60% through with it. The movie is going to be amazing.” Also Read - Rajeev Sen-Charu Asopa not heading for a divorce? Former's recent Insta post gives a hint