Riteish Deshmukh: In Marathi cinema one can try various kinds of subjects without thinking of commercial success 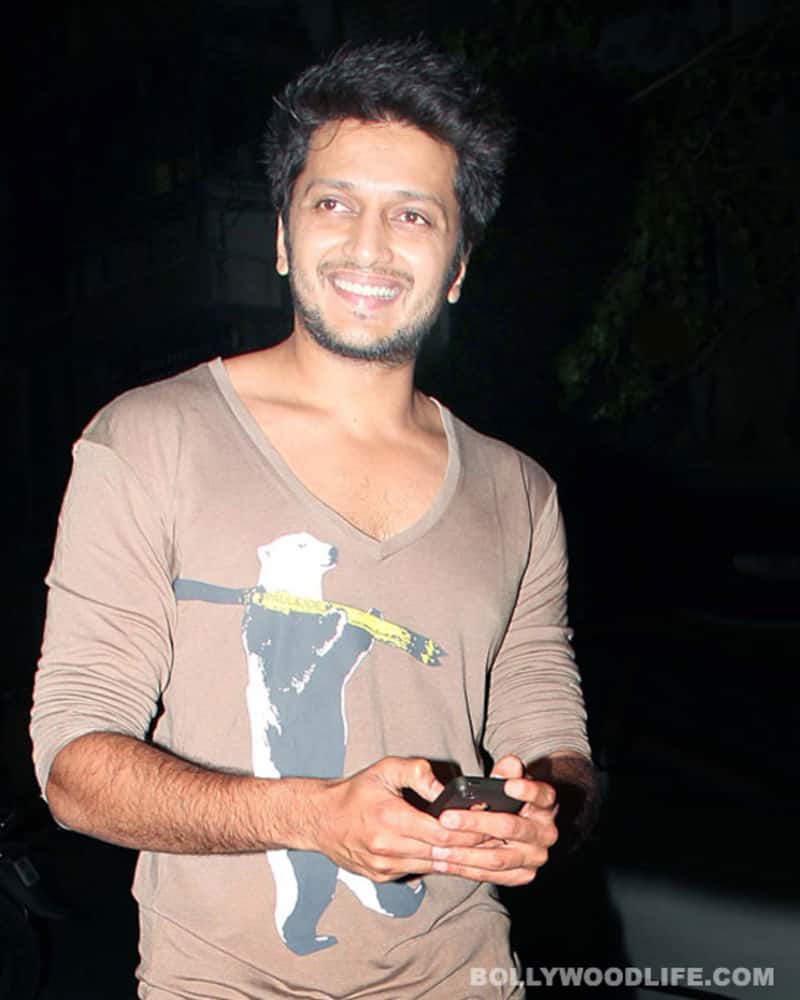 After Balak Palak, the Bluffmaster actor has produced another Marathi film -Yellow

Riteish Deshmukh is creating waves with his production company - for producing Marathi films which are not just strong in content but also a hit at the box office. Last year his film Balak Palak which highlighted the importance of sex education among adolescents, not just won critical acclaim but had a successful run at the box office. His second film Yellow which released yesterday revolves around a girl with Down's Syndrome who overcomes her challenges to and goes on to win two silver medals at the Special Olympics. Also Read - Maharashtra political crisis: Kangana Ranaut, Swara Bhasker, Riteish Deshmukh and more celebs react to Uddhav Thackeray's resignation

Yellow is your second production. Why a Marathi film again? Also Read - IIFA 2022: Did Salman Khan give a snub to Yo Yo Honey Singh? Netizens react to viral video

There is no plan as such to make Marathi or Hindi films in terms of language. The fact is in Marathi cinema one can try various kinds of subjects without thinking of commercial success. In Hindi cinema one has to try and figure out which subject will work or not at the BO. Marathi films if made correctly and with the right kind of emotions will always strike a chord with critics and the audiences at the box office. Of course the critical acclaim helps the box office. I am very serious about doing more Marathi films every year.

So no Hindi films to produce right now?

Right now with the experiences I have gained in Hindi films while acting I try to impart in my Marathi productions. Right now yes I am working on a few subjects for Hindi films too... When we are ready hopefully we will make Hindi films too.

How involved are you in the creatives of your films?

I am involved right from the beginning but the creative call is taken with my entire team. The story idea of Yellow was discussed with me by the director Mahesh Limaye's friend, who is my co-producer Uttam Thakur. Once we finalised the script we sat down and finalised the cast too. It's a collective effort. I believe in teamwork and non-interference on the sets. When they were shooting I was shooting for Humshakals. I just asked them to send me pictures as I wanted to know how the film was looking. The next time I saw Yellow was at the first cut. I was more involved with the entire publicity and cutting the promos.

Why do you have an English title?

When you see the film you will know why. It's an interesting title and was given by the writers Ganesh and Ambar. In fact the film came to me with the title Yellow and when they started the narration I thought this was the best title. I have never considered any barrier between languages as important in cinema. I like to break those barriers. All my films are sub-titled so it's not just for a Marathi audience but a cosmopolitan one. We have English supers for Hindi films like 'Come fall in love...'

How different is it from Taare Zameen Par?

One of my favorite films is Taare Zameen Par. Yellow is different because while TZP deals with trying to understand special children and their issues and is beautifully crafted around a a child's relationship with his mother and father, Yellow talks about a child with Down's Syndrome. That brings a lot of physical challenges and it is tougher for the kids to do things.

So what's Yellow about?

It talks about a special child and how she becomes a swimming sensation when she overcomes those challenges. The film is based on a real-life person Gauri Gadgil (who plays herself in the film) and two incidents based on her life. The story has been inspired from her life. Gauri is a special child and won silver medals holder twice at the Special Olympics and making, watching and being with Gauri was truly inspiring. How special children express their emotions is so beautiful. There is no malice in them - its straight from the heart. When she hugs you, you think that the entire love is in that hug. All that you can give her is all the love that you have. I realised that when you give love it's the only point you receive love. I was sobbing when I saw the film for the first time. I have seen the film five times but then maybe I feel I am biased as a producer and I shouldn't be.

What is the best compliment you have got for the film?

The best compliment I have got from people is a big Thank You for making this film. This is the beauty of the film as they feel it's their own film. The credit goes to the director for making it so beautiful. It's not a typical commercial potboiler. The way the people react is a validation that you are on the right path.

It's a film that will truly inspire you at the end of it - the story and the person. Secondly the films talks about a lot of relationships. The basic plot was about the parents and their worry - what will happen to our child after we are gone and will they stand on their own feet. Special children needs help throughout. And third watch it for Gauri. Initially we were doing research for who would be best to do her role and met lots of people but when the director met Gauri he thought she's perfect to play herself.