Student Of The Year 2 starring Tiger Shroff, Ananya Panday and Tara Sutaria is directed Punit Malhotra and released recently. It is produced under the banner of Dharma Productions and will be distributed by Fox Star Studios. 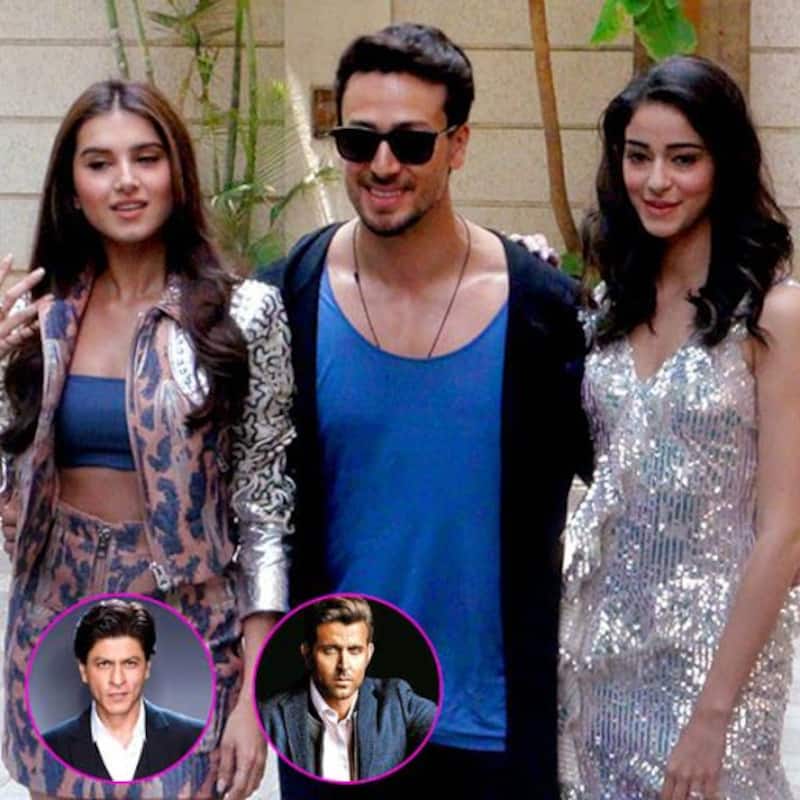 Tiger Shroff, Ananya Panday and Tara Sutaria starrer Student of the Year 2 released this Friday and fans are thronging to see the action hero in his elements. Although, he is sharing the spotlight with two debutantes- Ananya and Tara who don't look like they are one film old BTW. While there is time before the fate of the film is decided, something tells us we are going to see a lot of these faces.

In fact, we recently caught up with the bunch for a fun, candid chat and boy, was it breezy! However, after talking the usual, we decided to 'Change the subject' and it was more than what we bargained for. Here's how: we threw names of B-town favourites at them and asked them as to what subject they would teach best. From Shah Rukh Khan to Hrithik Roshan and even ex-students Alia Bhatt and Varun Dhawan, here's what Tiger, Tara and Ananya think they should teach. Watch the video here. Also Read - Nysa Devgn to Janhvi Kapoor: Star kids who are born fashionistas [VIEW PICS]

Talking about SOTY2 director Punit Malhotra, he has previously helmed films like I Hate Luv Storys and Gori Tere Pyaar Mein. It is produced under the banner of Dharma Productions and is distributed by Fox Star Studios. Earlier, the film had garnered headlines because of none other than Will Smith. Mainly because he took us back to 2012, with his rendition of Radha in the film, where he matched steps with Tiger and the newbies. Smith shot for the song on his last visit to India. The Hollywood actor recently shared a behind-the-scenes video, wherein he is seen practising for his performance and boy, it looked like he was born to be a Bollywood dancer. Also Read - Entertainment News Today: KRK claims Karan Johar tried to commit suicide; Salman Khan wraps up Kisi Ka Bhai Kisi Ki Jaan shoot and more

Our in-house critic Urmimala Bannerjee gave the film two stars and wrote, "Leave your logic behind and you won't find SOTY2 to be a disappointment. It is a total timepass movie with some lilting music and funny one-liners. And let us tell you that both the girls are quite confident and you would see more of them."

On the other hand, the trio has already set out for different ventures. Tiger Shroff has Baaghi 3 in the pipeline alongside Shraddha Kapoor. Tara Sutaria has Marjaavan opposite Sidharth Malhotra and RX 100 with debutante Ahan Shetty. Ananya, meanwhile, has Pati Patni Aur Woh along with Kartik Aaryan and Bhumi Pednekar, which is the remake of a 1978 movie by the same name. Stay tuned to BL for more updates and scoops!