Taapsee Pannu: Pink and Naam Shabana's coverage combined was not even close to what Judwaa 2 got before the release

Taapsee has majorly been associated with acting-backed roles in films like Pink, Naam Shabana, and Baby. But with Judwaa 2 she gets to flaunt her sexy bod in swimsuit and dance on kitschy songs like Chalti Hai Kya 9 Se 12 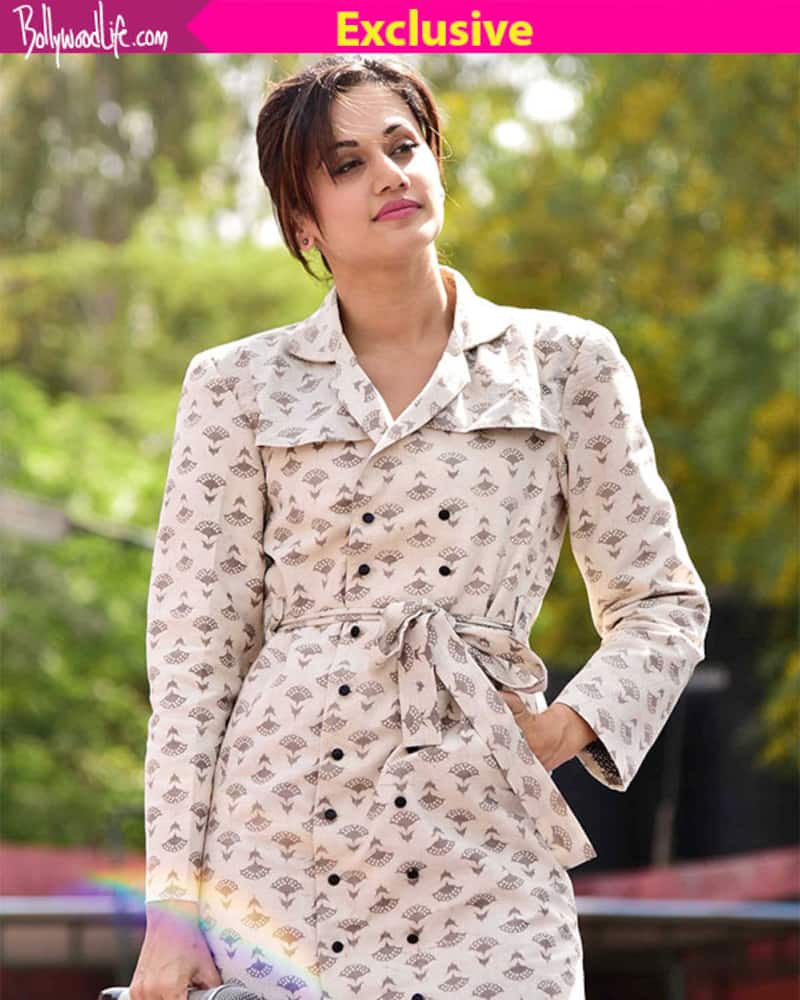 With Judwaa 2, Taapsee Pannu is showing her fans a new side of her- a glamorous side that, for a long time, only the South Indian film industry got to see. In Bollywood, Taapsee has majorly been associated with acting-backed roles in films like Pink, Naam Shabana, and Baby. But with Judwaa 2 she gets to flaunt her sexy bod in Agent Provocateur Mazzy swimsuit and dance on kitschy songs like Chalti Hai Kya 9 Se 12 and Oonchi Hai Building 2.0. We met with her in a coffee shop, a week prior to the release of Judwaa 2, and she was all excited and pumped up about it. She started off the conversation while making the revelation that it was a conscious choice to do a masala comedy like Judwaa 2. "Intentionally I was trying to step out of that zone, where people are trying to stereotype me in," she said. But as our conversation veered to more serious topics, another reason slipped off Taapsee's lips. Which is a jarring reality and a cycle that needs to be broken. Also Read - Taapsee Pannu to Kareena Kapoor Khan; celebs who insulted the paparazzi and indulged in heated arguments with them

I asked her if it was the lack of female-oriented movies that makes actresses pick up roles like Judwaa 2? Taapsee outright rejected the notion. "Not lack of movies. The sad part is that audience doesn't give us the same kind of box office collection," she quipped, making a lot of sense. Look at all the high-grossing movies that Bollywood has made - 3 Idiots, Dhoom 3, Bajrangi Bhaijaan, Baahubali - all have been male-dominated projects. While kickass movies like Phobia, Kahaani, Neerja, Queen - though successful, made less money relatively. ALSO READ: Judwaa 2 actress Taapsee Pannu opens up about cat fights and co-star Jacqueline Fernandez Also Read - Dunki: Taapsee Pannu on pictures from the sets being leaked; REVEALS Shah Rukh Khan, Rajkumar Hirani’s shocking reaction

"So, people keep telling me why I had to do Judwaa. Other than the fact that I did want to change gear, but also because why did not you make Pink or Naam Shabana a Rs 100 crore film? If you were so happy to see me in that, why did we not get the kind of coverage that a Judwaa gets? Pink or Shabana ki milake itni coverage nahi hui hogi jitni Judwaa 2 ki release ke pehle ho gayi hai," she said regaining her composure. Thank God, I was a bit scared the moment the word 'coverage' was thrown at me. ALSO READ: Taapsee Pannu’s styling during Judwaa 2 promotions can be summed up in three words - Good, Bad and Ugly! Also Read - Trending Entertainment News Today: Shehnaaz Gill breaks silence on sudden exit from Salman Khan's film; Taapsee Pannu's scuffle with paparazzi and more

"So, it is everyone's fault. Not just the audience or media. We need to work together for this. If you project a female-centric film the same way you project a male protagonist film like, "This is a big film coming up, guys," the audience is going to take notice that since the media is talking about this film a lot, let's just go and watch it. And the audience also needs to come and watch it. Otherwise we will keep struggling with these movies," she ranted, probably holding back the temptation of banging the tall glass of milkshake on my head.